Many racers and fans have always called it the “Craftsman Truck Series.” Now the title is official once again.

NASCAR and Stanley Black & Decker have announced American tool company CRAFTSMAN will return as the title sponsor of the NASCAR Truck Series beginning in 2023.

After serving as the series’ title sponsor from its inception in 1995 to 2008, the NASCAR CRAFTSMAN Truck Series will make its homecoming at Daytona International Speedway on Feb. 17, 2023.

In addition to the Truck Series title sponsorship, Stanley Black & Decker will further expand its presence in the sport, entering into a multiyear partnership designating the company and its brands as the Official Tools Partner of NASCAR and Official Tools of all NASCAR-owned and operated tracks, according to the return announcement.

“We celebrate the return of the NASCAR CRAFTSMAN Truck Series with our customers, distribution partners and employees,” says Doug Redpath, president of Hand Tools, Accessories and Storage for Stanley Black & Decker. “From proud homeowners and homebuilders to auto enthusiasts and master mechanics, CRAFTSMAN has been the brand generations have trusted to get the job done. The Truck Series represents authentic, bold and proud drivers and fans, which embody the same characteristics of our CRAFTSMAN brand. We look forward to our return in Daytona in 2023 to reunite with our loyal fans as we begin this new chapter in NASCAR history.”

NASCAR CRAFTSMAN Truck Series title sponsorship includes exclusive brand integrations on vehicles, crew uniforms, tracks and more in addition to the branding of the Triple Truck Challenge and Championship Race entitlement. It will also serve as a platform to support the launch of new products, amplify seasonal promotions and highlight the many ways CRAFTSMAN is building pride, according to the release.

“Stanley Black & Decker is an innovative company that has a rich history in our sport and these new agreements connect our brands in an authentic and meaningful way,” says Daryl Wolfe, executive vice president and chief revenue officer at NASCAR. “We know NASCAR fans are brand loyal and recognize how important tool performance is in racing. We are excited to see how this official partnership deepens the connection with our racing community while also bringing back CRAFTSMAN, the brand that started it all in the Truck Series.” 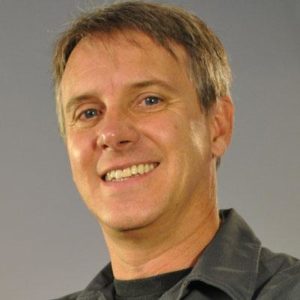