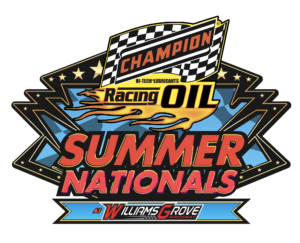 Champion Oil, a manufacturer of racing and performance lubricants, has announced that the Champion Racing Oil Summer Nationals will be held on July 23-24 at Williams Grove Speedway in Mechanicsburg, Pennsylvania. The event is sanctioned by the World of Outlaws Sprint Car Series.

The World of Outlaws, an international racing tour, features 410ci winged sprint cars that run-in excess of 120 mph at half-mile Williams Grove. The Champion Racing Oil Summer National Open is a foundation of the series championship that includes 95 races at over 50 different tracks across 23 states and three Canadian provinces, the series says.