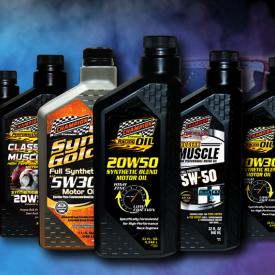 While using Champion Racing Oil is an important element, Champion relies on racers to build a positive social media presence and represent themselves with good sportsmanship and citizenship in their communities.

In return for their efforts and commitment, Champion provides contingency cash pay-outs for First Place Wins, and will help to boost awareness with racer results through media channels and by creating testimonials with Champion products.