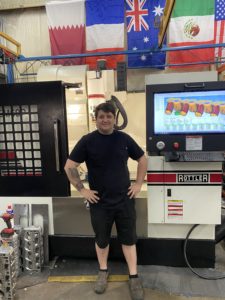 Zapp is an active drag racer and was a participant in Drag Week 2018. Zapp, who put together his first engine at the age of 14, has also completed both Holley’s complete EFI training program and advanced Rottler 5-axis CNC coursework. Having begun his employment with BRE while still in high school, he is now in his ninth year of service. In that time, Zapp has built engines that are now powering vehicles on 5 continents.