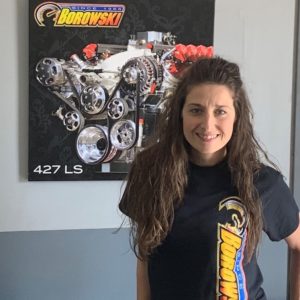 Dorethy has served sales and marketing roles with automotive aftermarket companies, most recently worked for Precision Turbo & Engine. She has also served as brand ambassador for major sponsors during NHRA events, such as Mellow Yellow and Mopar.

Borowski Race Engines, Inc. (BRE) builds engines for street, race and marine applications. Established in 1968, the firm has carved out a leading position in the high-end of the LS engine market. This was attained through ongoing investment in state- of-the-art CNC machining equipment, attracting top talent and supporting their continued development with training.

The company’s business model focuses on working with a limited number of top vendors and maintaining inventory of critical parts as a means of delivering its big power LS engines on relatively short lead times.