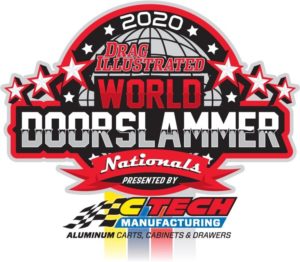 “Let’s face facts: people like doorslammers and they can relate to doorslammers. In the doorslammer category, and especially with Pro Mod because we’ve been involved with Pro Mod from the beginning, it’s exciting,” BME Founder Bill Miller said. “It’s one of those deals where we’re happy to be involved. It should be a great event.”

Featuring Pro Mod and Pro Stock classes, the World Doorslammer Nationals runs this weekend at the Orlando Speed World Dragway in Florida and will be streamed live on SpeedVideo.com.