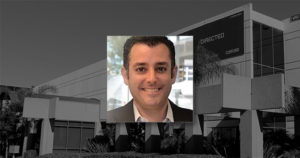 Directed has hired Jason Bertellotti as senior vice president and general manager of its Ignition Interlock Device (IID) business. He will be based out of Directed’s Vista, California office, reporting to CEO Bob Struble.

“Directed purchased ADS in January because we are committed to the mission of saving lives and believe that by bringing our leading product design, technical service, and distribution capabilities to the IID market, we will rapidly expand the business,” Struble said. “Jason has an extensive track record of driving hyper-growth and is the right leader to drive our aggressive IID expansion plans. I’m particularly pleased that in selling to the automotive industry, he has spent a lot of time with folks who spend their working hours under hoods and dashes. IIDs are primarily installed by mobile electronics retailers and auto service shops, and we are excited to bring this new business opportunity to our longstanding partners.”

“I’m thrilled with the opportunity to lead Directed’s IID business,” Bertellotti said. “Directed has targeted the business for rapid growth, and I’m excited to work with the ADS team to make that happen. I’m looking forward to working alongside Bob and his executive team as we build upon Directed’s leadership position in remote start and security and leverage Directed’s extensive capabilities to bring innovation and growth to the IID industry.”