The Auto Care Caucus, a bipartisan group of U.S. Representatives who support the independent auto care industry, has reached the 30-member milestone. The Auto Care Association said the milestone is a notable achievement considering the caucus recruited 19 members during the entire 2017-’18 congressional session.

The Auto Care Caucus was launched by the Auto Care Association and co-chairs Reps. Scott Perry, R-Pennsylvania, and Brendan Boyle, D-Pennsylvania in 2017 in order to build support for industry issues on Capitol Hill. The caucus mission statement includes the following language:

The mission of the Auto Care Caucus is to maintain a competitive free market for the motoring public; protect consumers’ vehicle data and the right to be the ultimate owners and stewards of their data; and to help ensure consumers have access to quality, convenient and affordable auto repairs, maintenance and parts.

The Auto Care Association’s government affairs team works to not only recruit new caucus members but also engage those who join through issue briefings and networking events.

“The more lawmakers in Washington who understand the importance of our industry to the U.S. economy, the more likely we are to receive widespread support on our key policy issues,” said Bill Hanvey, president and CEO, Auto Care Association. “The Auto Care Caucus is one of our primary vehicles for bringing that awareness to Capitol Hill while also establishing meaningful relationships with members of Congress.”

Congressional caucuses are classified as congressional member organizations and are made up of lawmakers who share common public policy goals pertaining to a particular interest, demographic or political party. Once a new two-year session begins following an election year, each caucus must re-file for official status and start from square one to recruit members.

Other industry organizations that have endorsed the caucus include the Coalition for Auto Repair Equality (CARE), Automotive Body Parts Association (ABPA) and Tire Industry Association (TIA).

CAN Connect Returns to Arizona 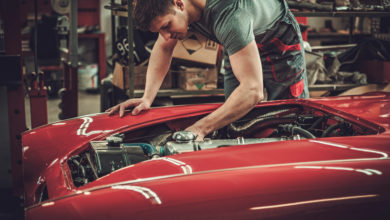