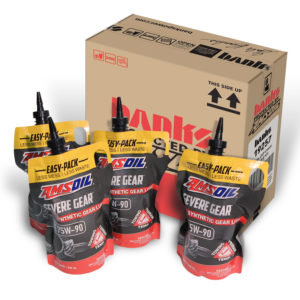 AMSOIL has formed a strategic partnership with Banks Power, the company announced, making AMSOIL the lubricant of choice for all Banks applications, including the Ram-Air differential cover.

Banks Power is the premier engineering firm and manufacturer of power-enhancing products for gas- and diesel-powered vehicles. The company is well-known and respected in the automotive enthusiast community for its technological achievements and data-driven development.

“I’m a futurist,” said Banks Power President and Founder Gale Banks. “My entire career has been about what’s next. Through the decades, the Banks team has opened new markets in marine engines, turbocharging, pickup truck and motorhome power systems, turbocharged tuner cars, diesel power systems, electronic tuners and exhaust brakes. Plus, I’m proud to have worked for many major car and engine manufacturers in defining their future products.”

Current AMSOIL Sr. VP of Sales and Marketing and former AMSOIL R&D Director Dan Peterson said, “AMSOIL and Banks are committed to discovering how to increase performance at the intersection of innovative component design and unmatched lubrication technology – to find what’s next. We are really excited about the possibilities.”