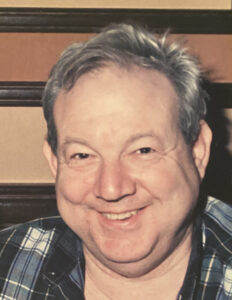 AirSept has announced that company co-founder and entrepreneur Myron Stein has passed. The company provided the following obituary:

AirSept, a recognized leader in the automotive aftermarket for developing cost-effective, award-winning solutions for automotive repair, regretfully announces the passing of the company’s co-founder, Myron Stein.

Stein is credited with 23 U.S. patents and multiple awards for developing products that solve complex automotive air conditioning and fluid carrying system repair problems. The company was formed in 1989 when he developed the first long-lasting solution for unwanted mold and mildew odor in automobile air conditioning systems. In 1991, he incorporated and began partnering with original equipment manufacturers and suppliers to market his first A/C product – Cooling Coil Coating™ while developing new products for the industry. He received his first product innovation award from MOTOR Magazine for PermaTube™ in 1999. Since then, the company has received an additional 17 product awards.

Stein’s automotive career began when he opened a service station in Spring Valley, New York. There he specialized in a broad range of services from wheel alignments and bodywork to rebuilt alternators and starters, engines and transmissions. An entrepreneur at heart with little mechanical experience, he knew how to find the right people to keep customers happy and quickly expanded. Gifted as a communicator, Stein later branched into radio programming and started a radio program called “Myron Stein, The Auto Doctor” at WCNN in Atlanta, Georgia.  The show quickly expanded from a one-hour show on Sunday to a two-hour call-in show on Saturday and Sunday which was then syndicated throughout the Southeast.  Not resting on his laurels, Stein also started a weekly television show and wrote a newspaper column for the Gwinnett Daily Post.

During his retirement, he became a presenter on a regular basis at Ramapo College of New Jersey, a public liberal arts college located in Mahwah, NJ where he developed an entrepreneurial course based on starting a business with $1,000.

In 2004, Stein was honored by the Mobile Air Climate Systems Association (MACS) when he received the MACS Career Achievement Award. In 2009, he was once again honored receiving the MACS Industry Pioneer Award.

AirSept President and stepson, Aaron Becker, says, “We are all incredibly saddened by Myron’s death. I was fortunate to work side-by-side with him for many years when the business was passed to me in 2001. He was a kind and giving person, brilliant in so many ways and I have always strived to learn from him and to make sure that AirSept stays true to his mission to build cost effective repair solutions that are the best in the industry. Many are not even aware that Myron had polio as a child and overcame these challenges to accomplish so much. He was an inspiration to me. Please know that we appreciate the many kind messages we have received and will announce his memorial plans soon. I am so glad he was honored by MACS and that he had a full life doing what he loved.”

Stein passed away peacefully last Thursday evening in Southern California where he has lived since 1996 with his wife Dolly, who is also a co-founder of AirSept. In lieu of flowers and in honor of Myron, the family requests donations to Captain Care, a non-profit that provides pet care and support for low-income communities in southern California.