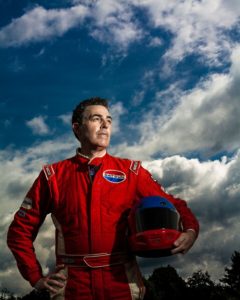 Celebrity Adam Carolla has been named as grand marshal of the third annual Classic Auto Show, set for March 16-17 at the OC Fair & Event Center in Costa Mesa, California. Carolla is known as a multi-talented comedian, TV and radio personality, host of a record-setting podcast and passionate car collector

During his special appearance at the Classic Auto Show, Carolla will treat guests to a display of vehicles from his treasured personal collection, participate in an interview from the show’s celebrity stage and meet fans. Carolla, whose popular self-titled podcast has earned recognition in the Guinness Book of World Records as host of the most-downloaded podcast in existence. That devotion to all-things-cars has extended to feature films, where he’s spearheaded the inspirational documentary Winning: The Racing Life of Paul Newman; and The 24 Hour War, which documents the battle between Ford and Ferrari in the 1960s for dominance at Le Mans.

Motorsports fans-especially those with a passion for the history of drag racing-also will be treated to a one-of-a-kind grouping of cackle cars from Steve Gibbs and his team at Nitro Revival. On Saturday, March 16, fans will get to see a live push start a of eight impeccably restored nitro dragsters, led by the famed Swamp Rat 3. Designed, built and originally driven by Big Daddy Don Garlits, Swamp Rat 3 was among the first chrome moly tubing cars to be developed by Garlits, the first drag racer to officially surpass quarter-mile marks of 170, 180, 240, 250, and 270 mph. Swamp Rat 3 is currently owned and driven by Sonny Messner of Acton, California.

“We are so thrilled to add a push start cackle feature to the show,” said Mike Carlucci, Classic Auto Show senior vice president. “Our new location with outdoor space is one of the reasons we made the decision to move, so we could bring our fans more live experiences.”

From its new location, the third annual Classic Auto Show will feature more than 2,000 vintage vehicles and special displays by 80 Southern California car clubs, collectors, and automotive museums from Ventura to San Diego.

The Classic Auto Show will provide guests with a first-hand look at all types of antiques and pre/post war to the hot rods, muscle cars, lowriders and Japanese imports that personify Southern California’s iconic car culture, the two-day festival will feature an all-new 40 Shades of Green collection to commemorate St. Patrick’s Day.

The show also will be highlighted by the popular Grand Boulevard, a stunning display of the finest and rarest classic and historic vehicles from all eras, according to organizers.

In addition, a dedicated marketplace with more than 200 exhibitors will offer show-goers a first-hand look at the latest parts, products and services.