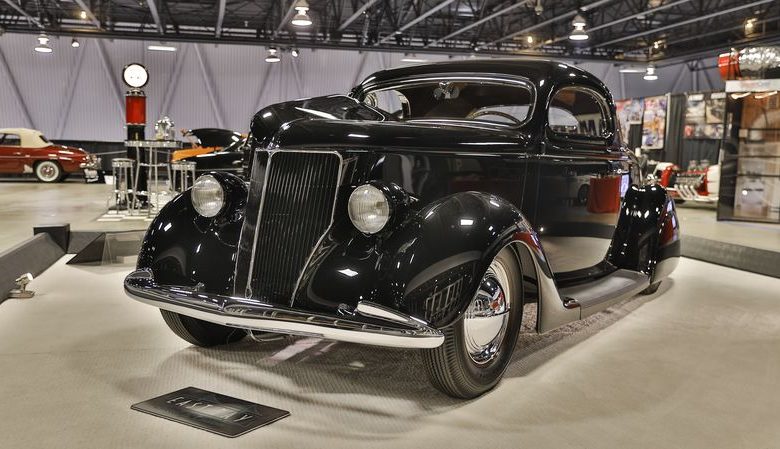 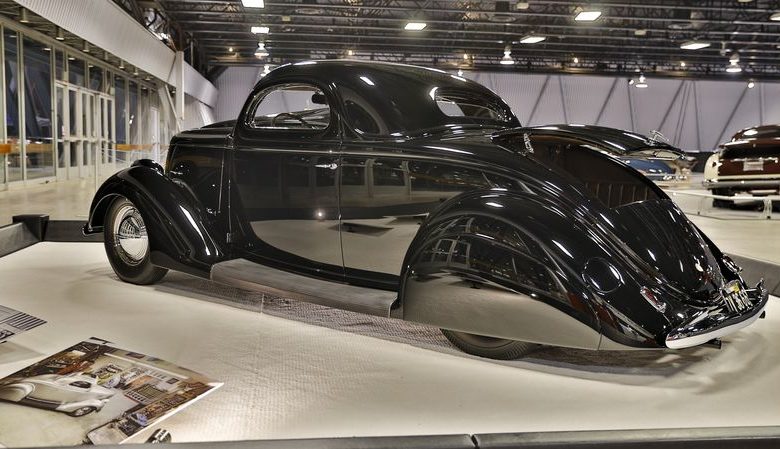 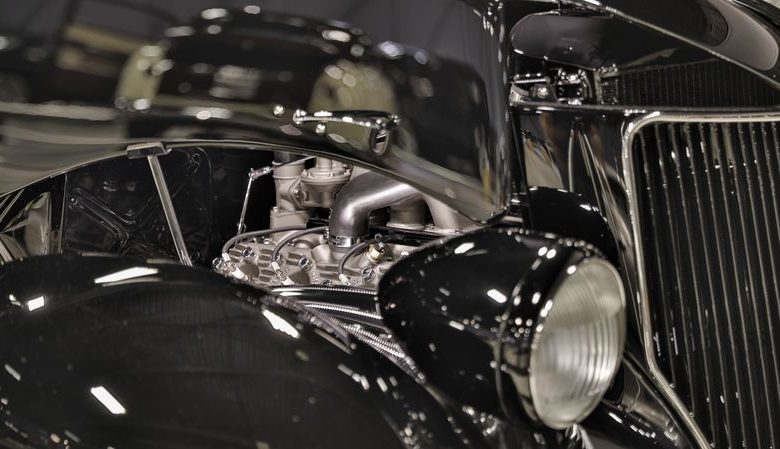 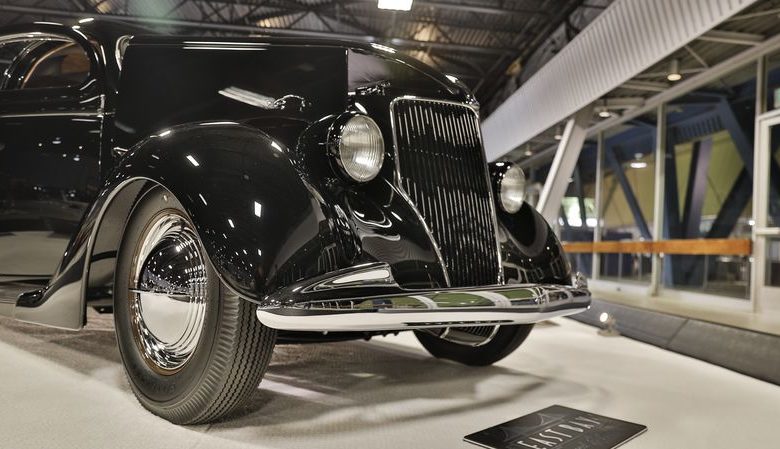 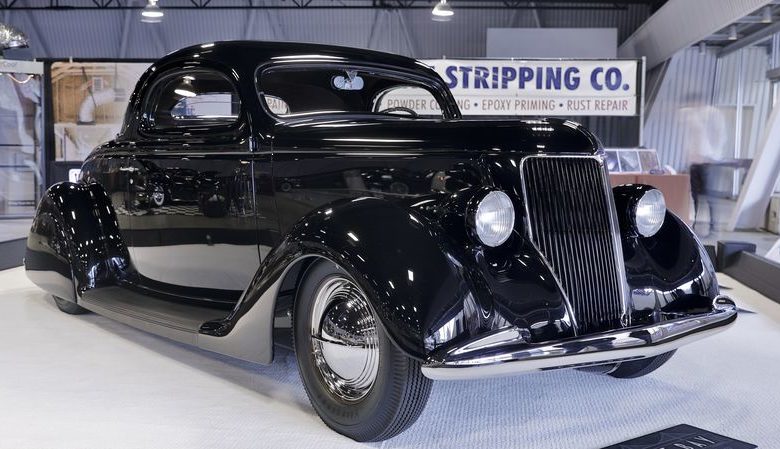 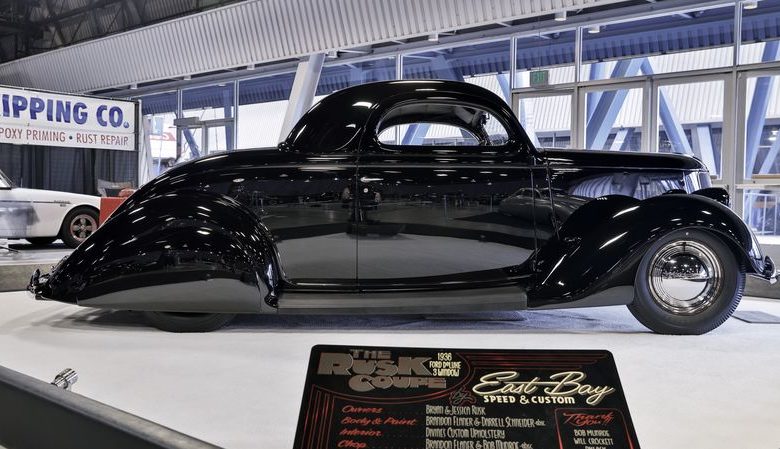 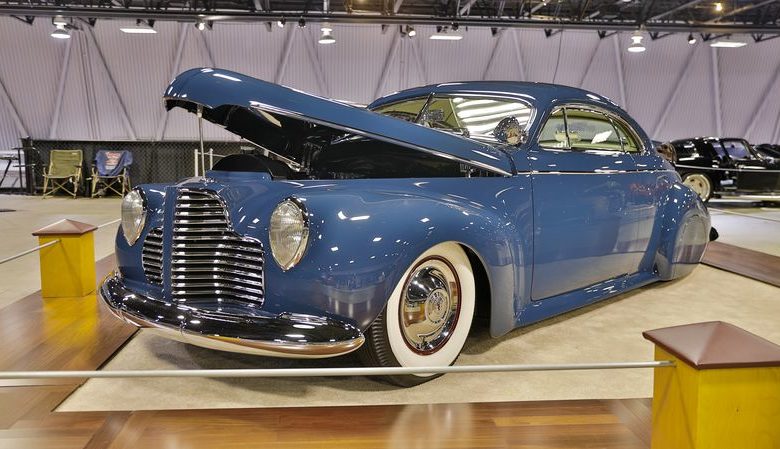 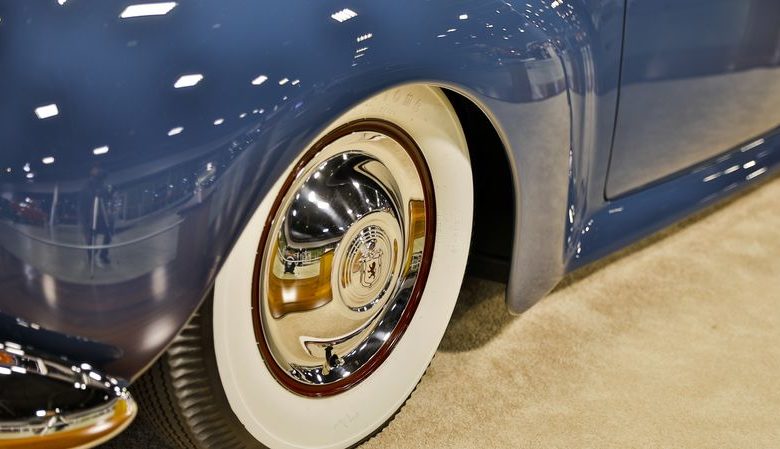 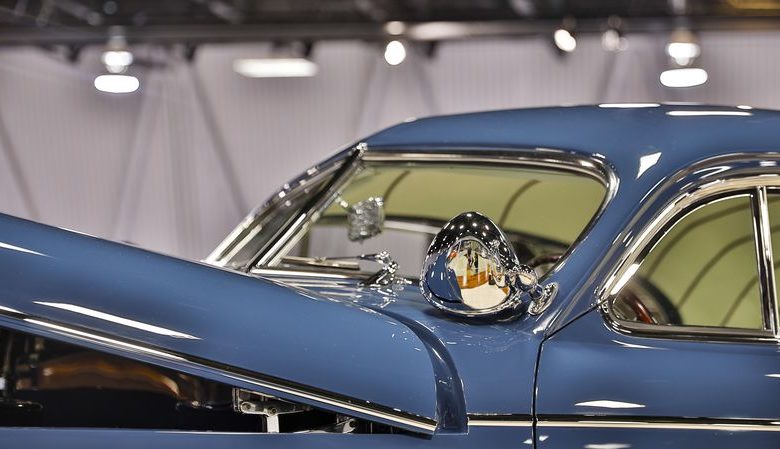 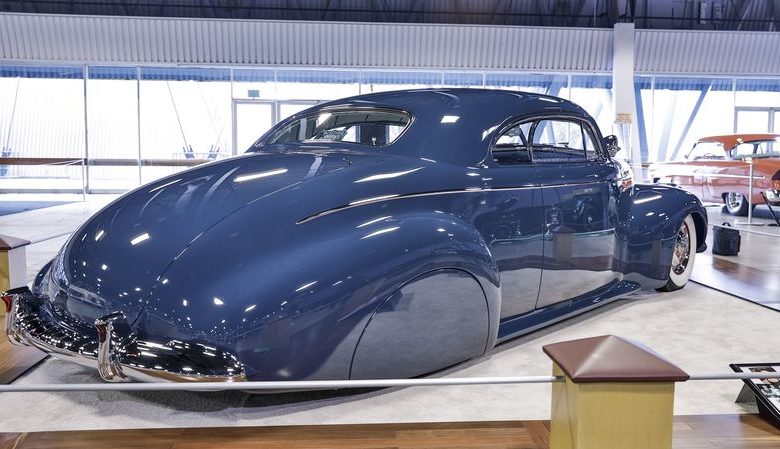 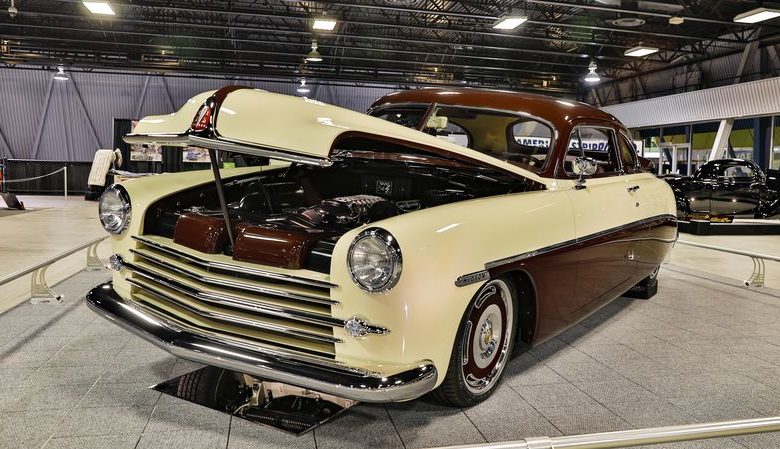 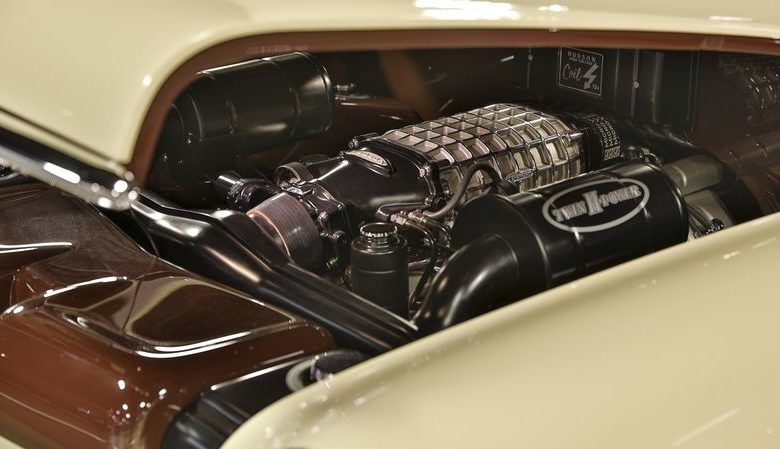 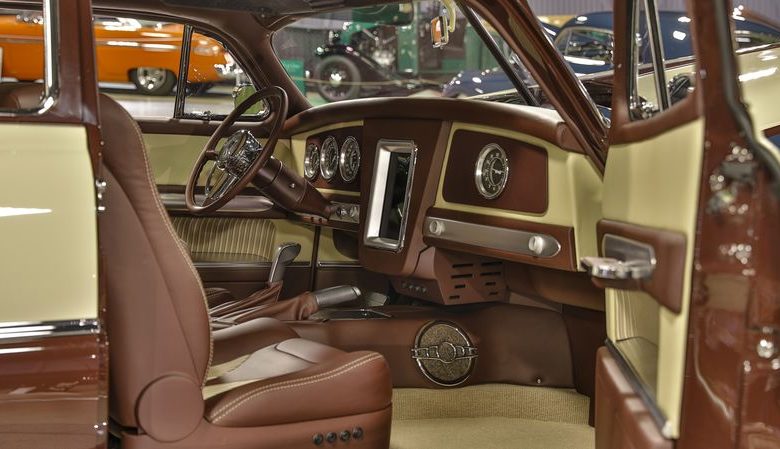 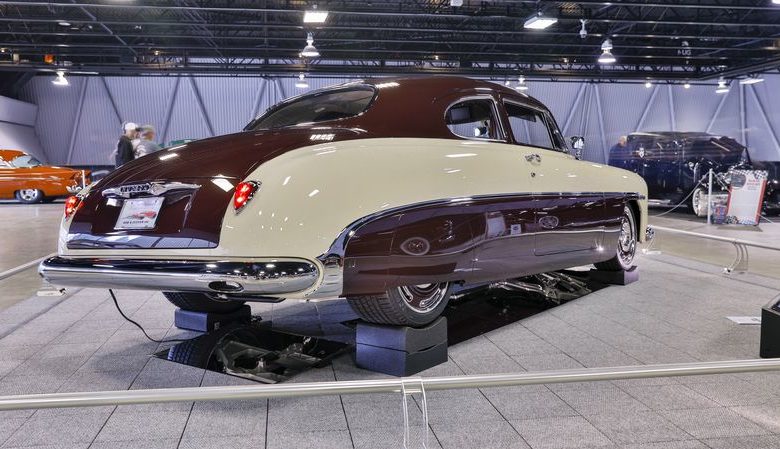 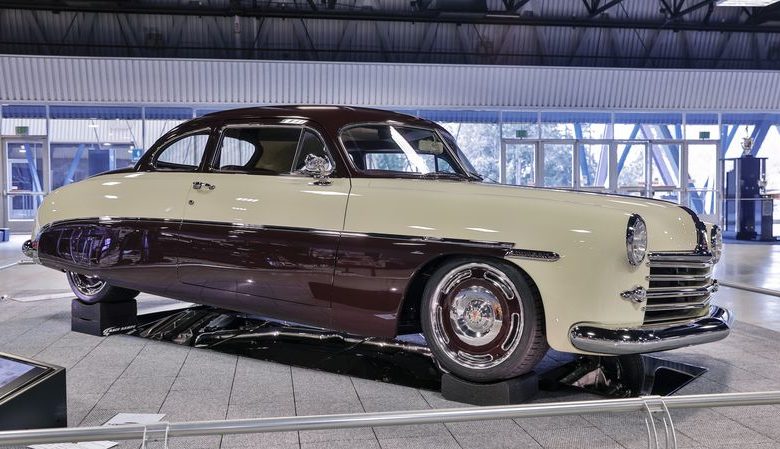 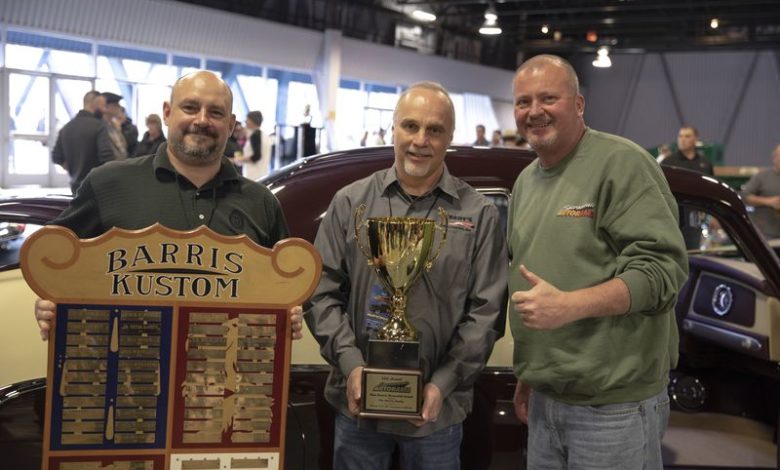 David Eckert’s 1949 Hudson Club Coupe won the Custom d’Elegance at Sacramento Autorama, which exhibited for its 69th year on Feb. 19. Among the other 400 award winners was the 1940 Buick Coupe owned by Steve Pierce, which won the King of Kustoms and H.A Bagdasarian World’s Most Beautiful Custom honors.

More than 500 custom vehicles were on display at the Sacramento show, with thousands of spectators in attendance.

The Custom d’Elegance trophy, which went to the ’49 Hudson coupe, is given each year to the best chopped, channeled and sectioned vehicle from 1935-1948 that also embodies the true spirit of a classic custom.

The two-tone Hudson is finished to perfection, incorporating a slew of body modifications with an elegant maroon and cream color scheme. The dark red hue chosen was the Hudson’s original color while the off-white cream color was a new mix by the car’s builder. Nearly every piece of the car has been modified with just the roof and glass configuration remaining stock.

“This year’s Sacramento Autorama proved why this one of the world’s great car shows,” said John Buck, owner of Rod Shows and organizer of the Sacramento Autorama.  “The spirit of classic custom building is alive and well here and David Ecker’s ’49 Hudson perfectly embodies what the show is all about.”

The Sacramento Autorama’s other top-flight award is the King of Kustoms, which recognized the best 1935-1964 custom build with particular focus on bodylines, design, flow, and quality of workmanship. Judges who chose the 1940 Buick Coupe praised the car’s bold, yet elegant color choice with a meticulous finish all-around.

In addition to the Custom d’Elegance and King of Kustoms awards, there were four more highly sought-after awards given out known as the Big B awards.  The first, called World’s Most Beautiful Custom, was awarded by the family of Sacramento Autorama founder H.A. Bagdasarian to the best custom car from 1936 to present that featured a silhouette change, including a chop, channel, or section. The eight-foot tall perpetual winner’s trophy will add Steve Pierce to its nameplate for 2019 World’s Most Beautiful Custom for his ’40 Buick Coupe, the second major award for the car this year.

The next of the Big B awards, known as the Sam Barris Memorial Award in honor of legendary custom car builder Sam Barris, was hand-selected by the Barris family for best metal work, alignment of body panels, and paint. For 2019 the Barris family chose David Eckert and his ’49 Hudson for the award, his second major award of the weekend.

The Joe Candy Apple Red Bailon award was designed, created, and handpicked by one of the nation’s premier custom car designers and builders, Joe Bailon. This year Bailon chose Tim Kerrigan and his ’33 Ford Roadster built by Dominator Street Rods for the award and $500 prize.

For more information about the Sacramento Autorama and for the full list of 2019 award winners, please visit rodshows.com/sa.