The tragic death on April 6 of California Highway Patrol Sgt. Steve Licon, who was struck and killed by a suspected drunken driver during a traffic stop on I-15 in Lake Elsinore, California, left the people of the Southern California city of Murrieta stunned and saddened.

“I was trying to find a way to grow our business in the beginning,” said Chase McKay, manager of Tintman. “It was just going to be a small car show in our parking lot, like a cars and coffee type of thing. We expected maybe 100 cars, but once it posted on social media is just grew like wildfire.”

That’s where Santiago’s nonprofit organization rolled up to help. Featuring a highly-visible, fully-customized Chevrolet Silverado 1500 named Black Knight as its delivery vehicle and marketing centerpiece, Raized-Up looks for ways to help out children, families and veterans in need by collecting donations of food, toys and clothing and delivering them in the tricked-out Black Knight.

“We realized right away that my shop’s parking lot wasn’t going to hold all the cars, so we started looking for a better location,” McKay said. “Luckily, I had Damion and Charlinda on our side. They knew how to deal with the city and really made things happen. I helped out with as much as I could from my shop, but also had to deal with the day-to-day business of running the shop. Plus, I have a baby on the way, so it’s been a little hectic.”

Santiago, who’s own family survived a near-fatal freeway accident in 2016 that was caused by a distracted driver, said the idea for a car show fundraiser grew almost overnight.

“Tintman came up with the idea and was the lead shop for the car show,” Santiago said. “We were just talking about it one day and lo-and-behold it became this huge event.”

When they went to do the paperwork at the city offices, the support was so positive that the city moved the event to a larger, more prominent, location and the event instantly grew.

“The city opened up to us and took us from an 80-car parking lot to a space for 300-400 cars in a full-on park,” Santiago said of the event that took place on May 5. “We had 250 cars show up at the time of the event and we had to turn people away because it was past the show’s start time.”

Being a nonprofit, Santiago’s Raized-Up organization made certain that the entire show was free for all to attend, participants and spectators. By rounding up a long list of business sponsors who donated everything from food to raffle prizes, and waiving the entry fee for all cars, Santiago made it easy for people to show up and donate directly to the family. The end result was more than $13,000 raised to give to the officer’s family, and that total continues to climb well after the event.

“Every time I put on an event I make sure that everything is free,” Santiago said. “People look at me and say ‘are you kidding? This is a charity fundraiser.’ But you get out in the business community and show them that I am a nonprofit and they ask how can they help. It really opens doors, people say I’ll throw in this and I’ll throw in that. That’s where were able to bring in the raffle prizes food all sorts of stuff that I get people to the event to actually donate.”

“We had a guy from CHP there to receive funds donated and I kept that guy on his toes all day long and I kept handing him wads of cash,” Santiago said. “It was a huge outpouring of support and people showed that they cared by giving.”

McKay, whose Tintman shop does window tinting for the local police and CHP, said he realizes that officers get a lot of grief for doing their jobs and he was happy to find a way to show support for law enforcement.

“I’ve had every law enforcement agency come in a say how thankful they are and how they would love it for their family if they were gone,” McKay said. “It’s a terrible reason, but it brings people together for a good cause to help the family. It also brings awareness that drunk driving is truly dangerous and shows everyone what the CHP officers have to deal with on a daily basis.”

Santiago said that everyone involved was so happy with the event that they are considering making it an annual event.

“I’m already thinking about how we can do this on an annual basis and open it up to all service branches by making a great day out of something so unfortunate and tragic,” he said. “My hope is that others will follow us in helping out in their communities as well.”

Look for Santiago and his Black Knight charitable giving truck at this year’s SEMA Show. 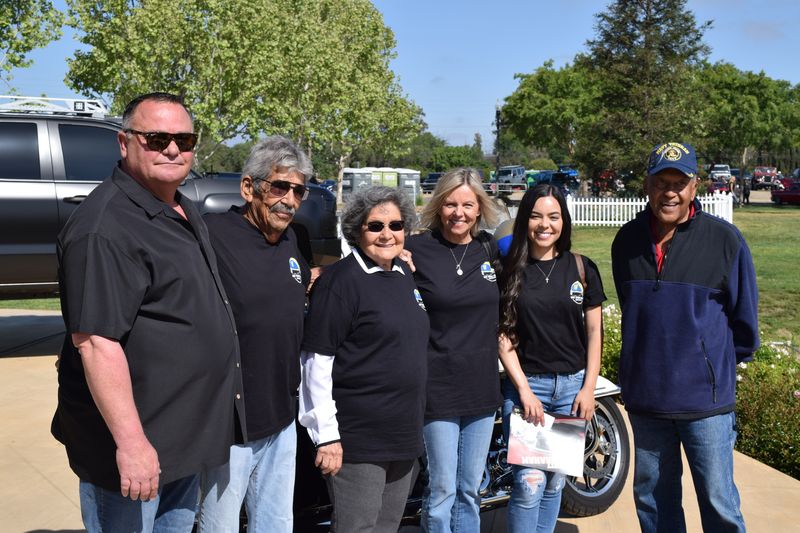 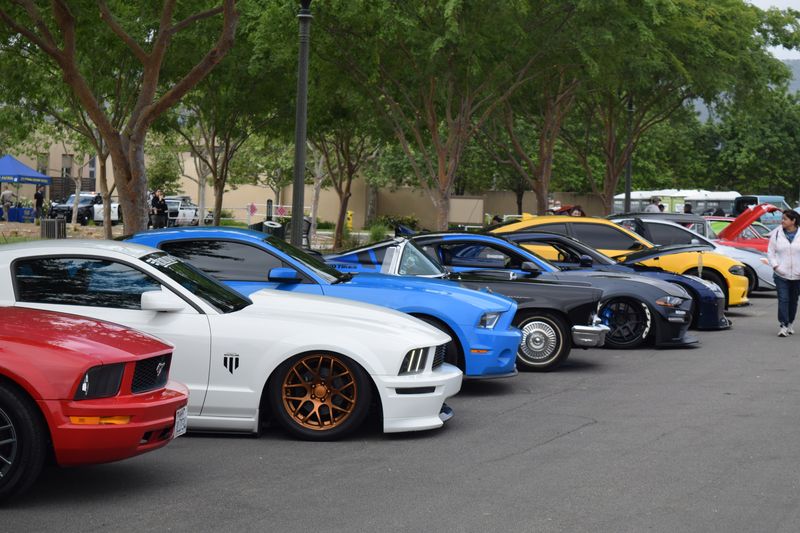 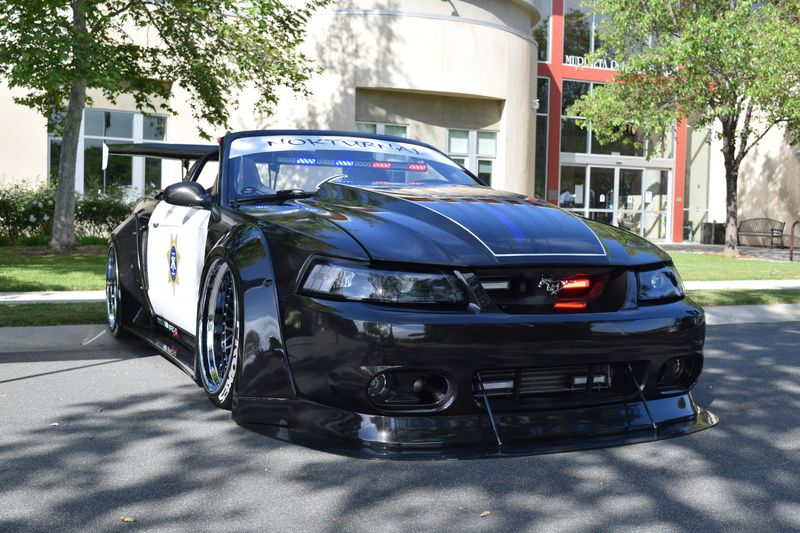 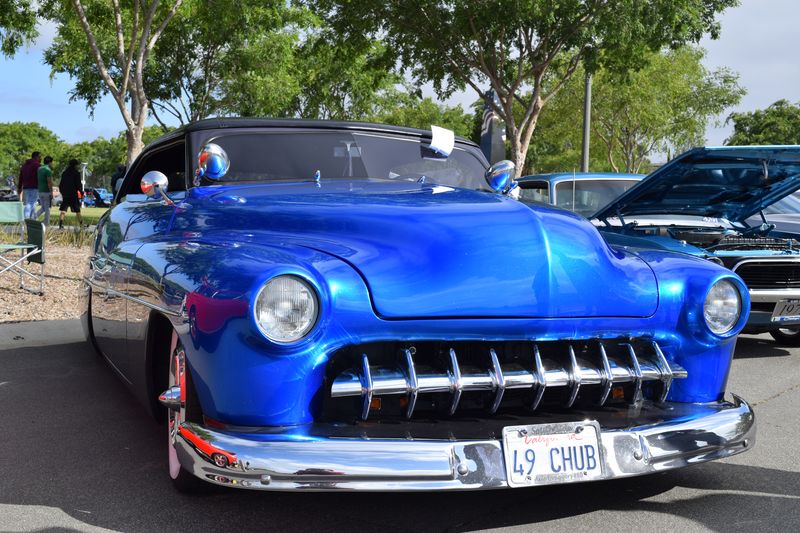 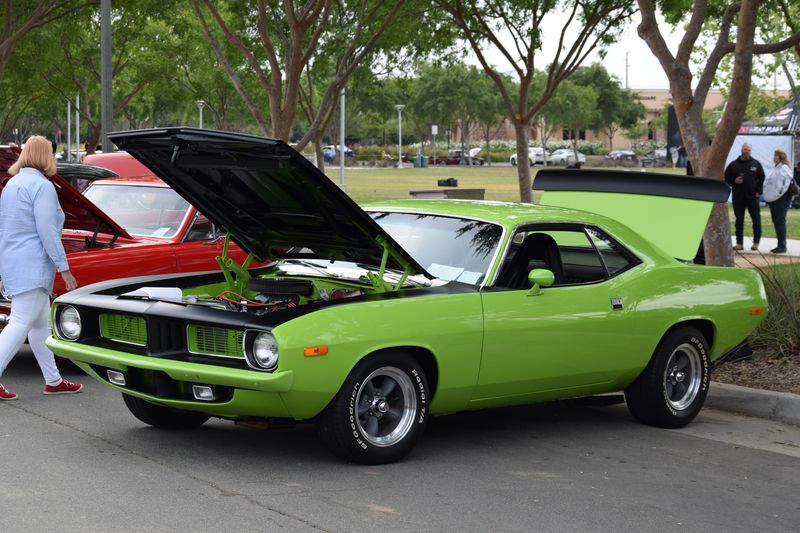 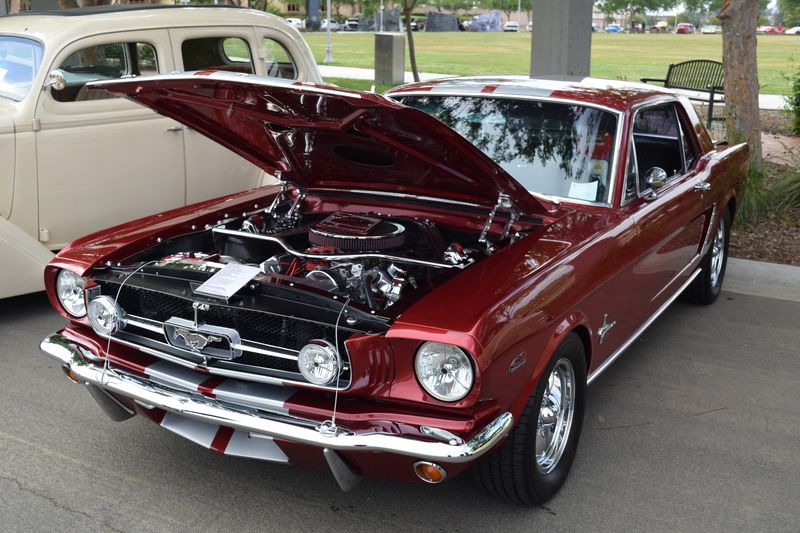 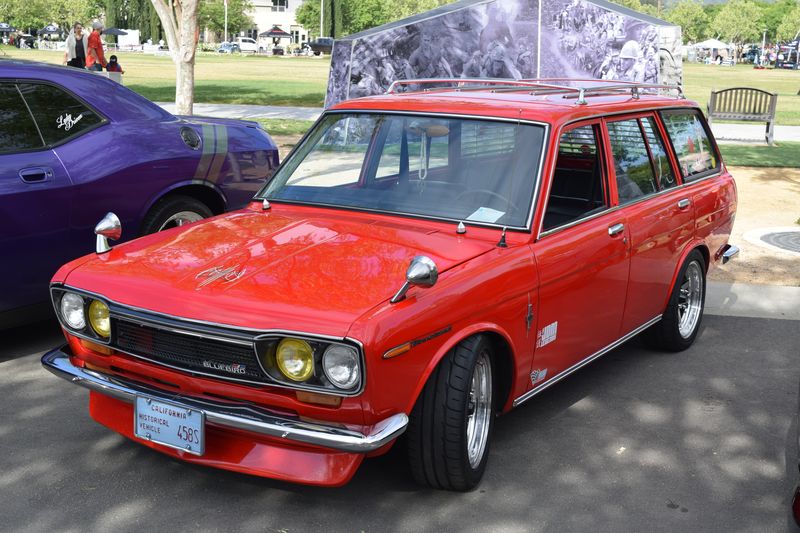 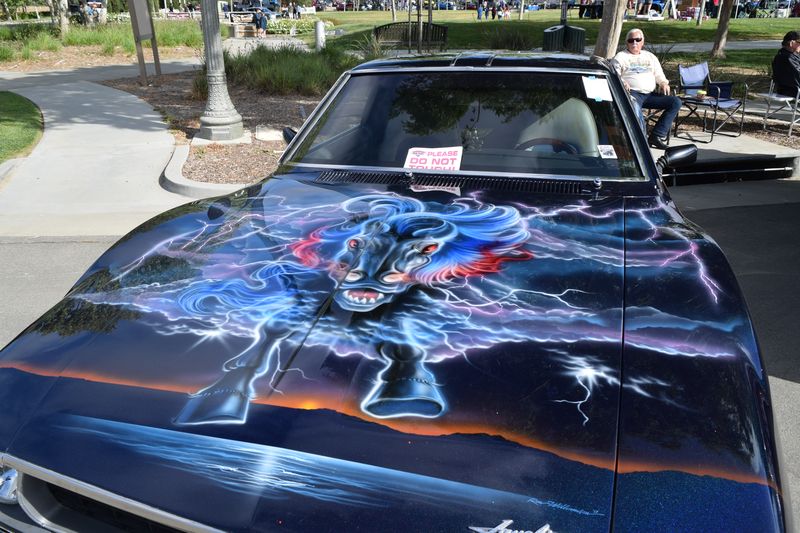 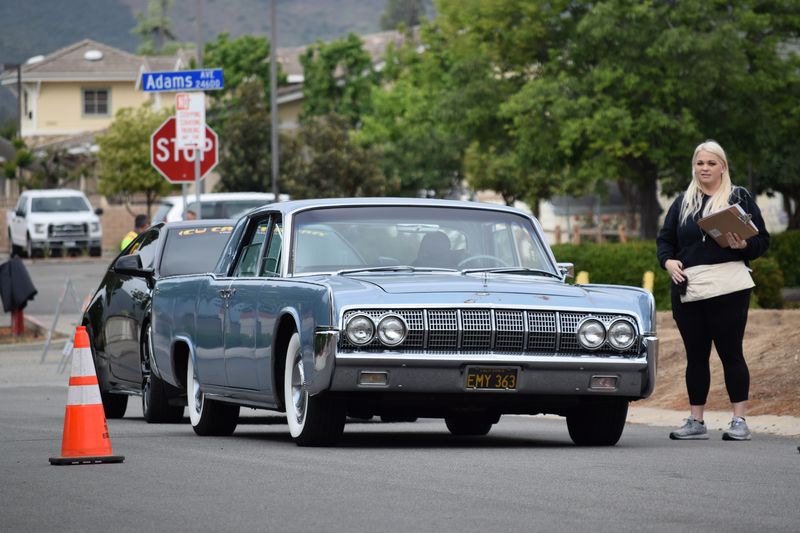 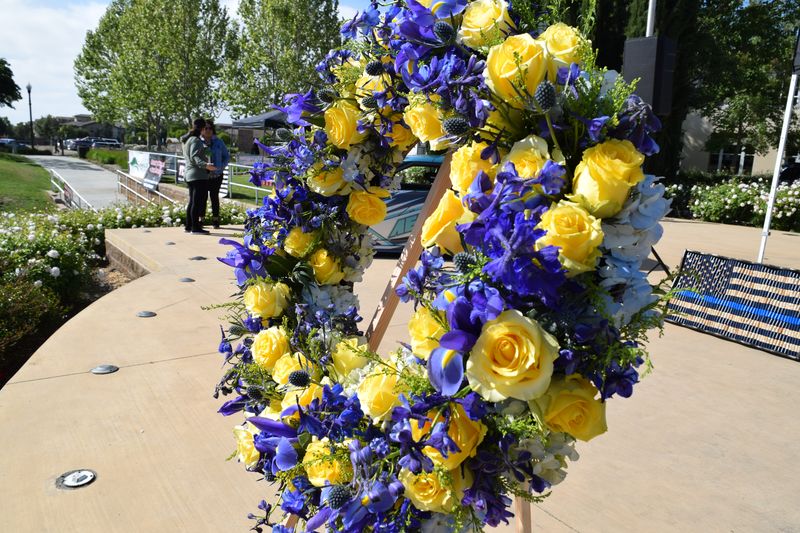 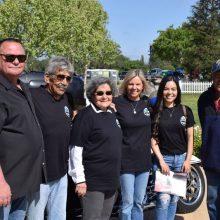 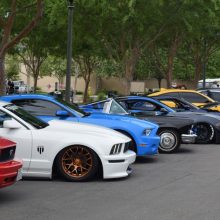 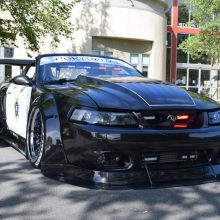 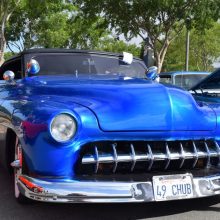 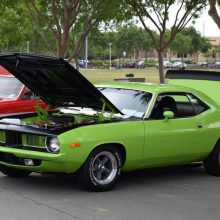 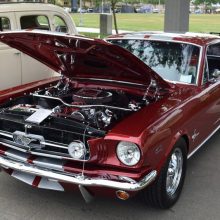 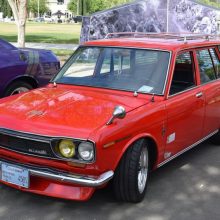 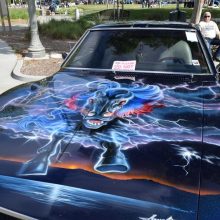 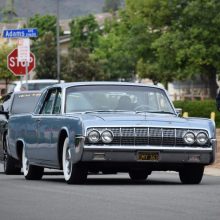 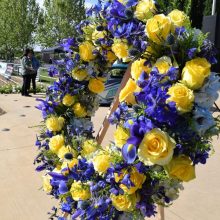 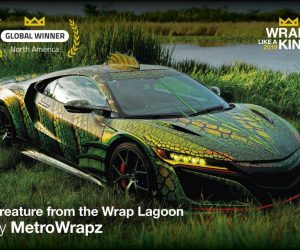 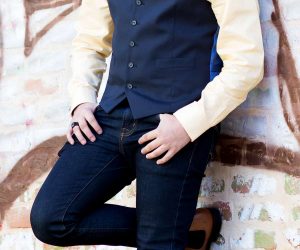 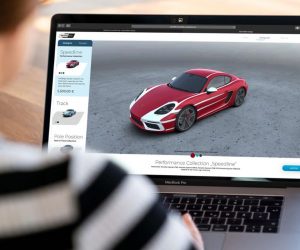 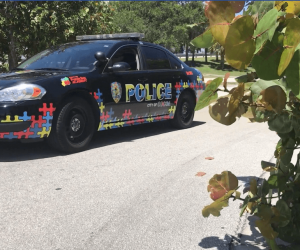 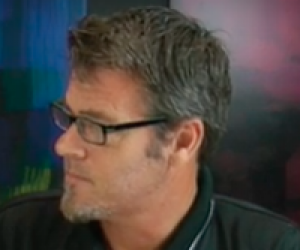 Roland Webinar: Making the Right Media Choices for Each Project

The Importance of On-Site Inspections for Vehicle Wraps

Early in the sales process, before a quotation request is…READ MORE