The possibilities regarding performance EV swaps continue to grow, as shown by a recent successful Mustang transplant by AEM EV.

The EV controls arm of AEM Performance Electronics, AEM EV started with a 2007 Ford Mustang GT, added AEM and other aftermarket parts and swapped in a Tesla Large Drive Unit (LDU) to remake it into the “Testang.” 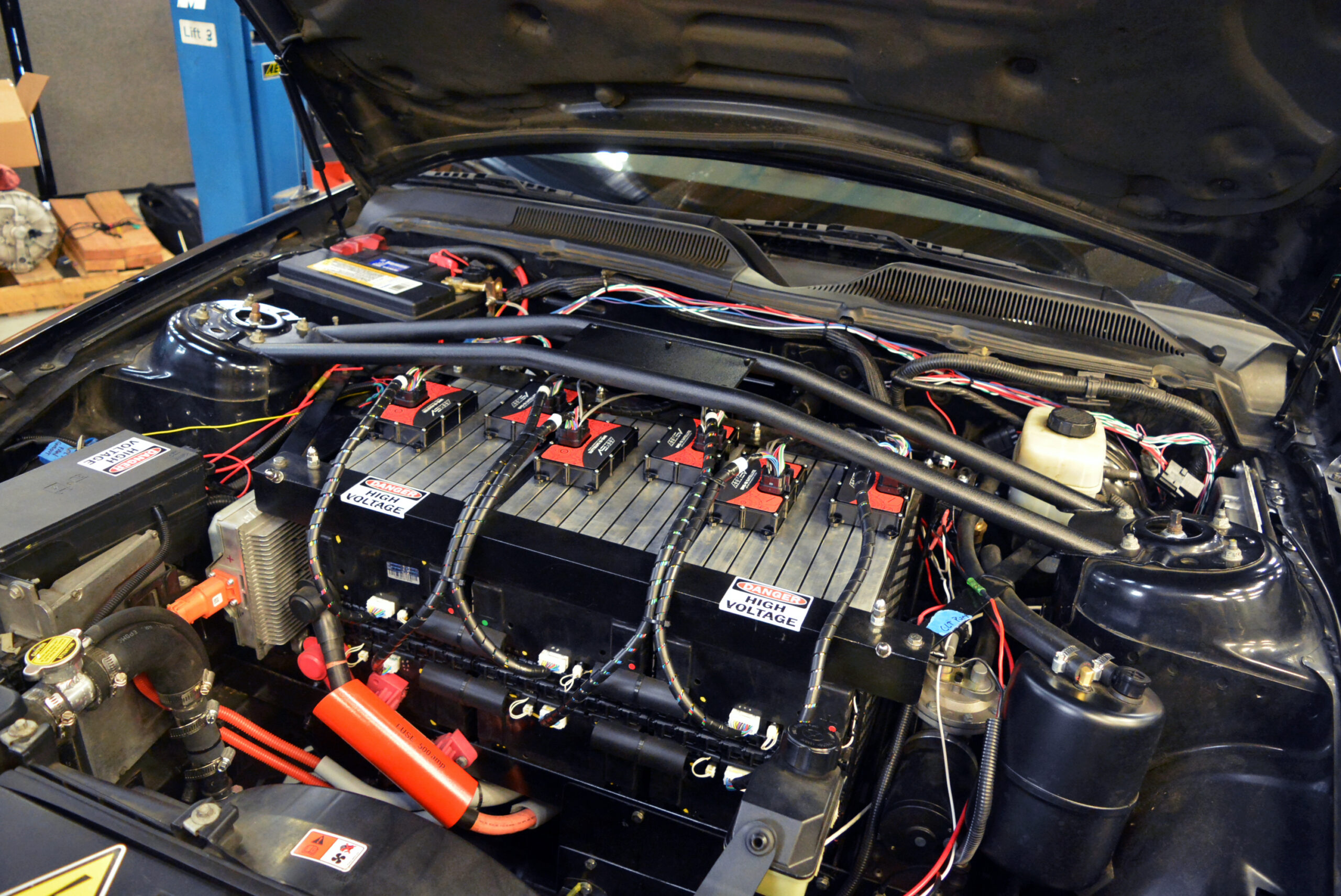 While the Testang illustrates some of the benefits of AEM EV’s electric vehicle components, the process of testing the products on the car also sheds some light on future market opportunities for performance shops looking to perform EV swaps.

“One of the cool things we learned in development is how battery selection plays a critical role in overall performance,” notes Lawson Mollica, AEM director of marketing. “In our experience, hybrid electric batteries have the ability to push current farther out, extending the point at which peak torque begins to drop off, resulting in a larger area under the curve over similarly sized BEV batteries.”

“What we ultimately learned is that, like its ICE counterparts, proper setup at the track will make the car very competitive. It was mid-pack on 280 treadwear tires with no camber or toe. Some minor suspension adjustments and stickier tires will put it up toward the front,” Mollica predicts.

For shops interested in EV swaps, this early example—and the expected rise in supply of future propulsion systems—shows how the market is beginning to take shape. 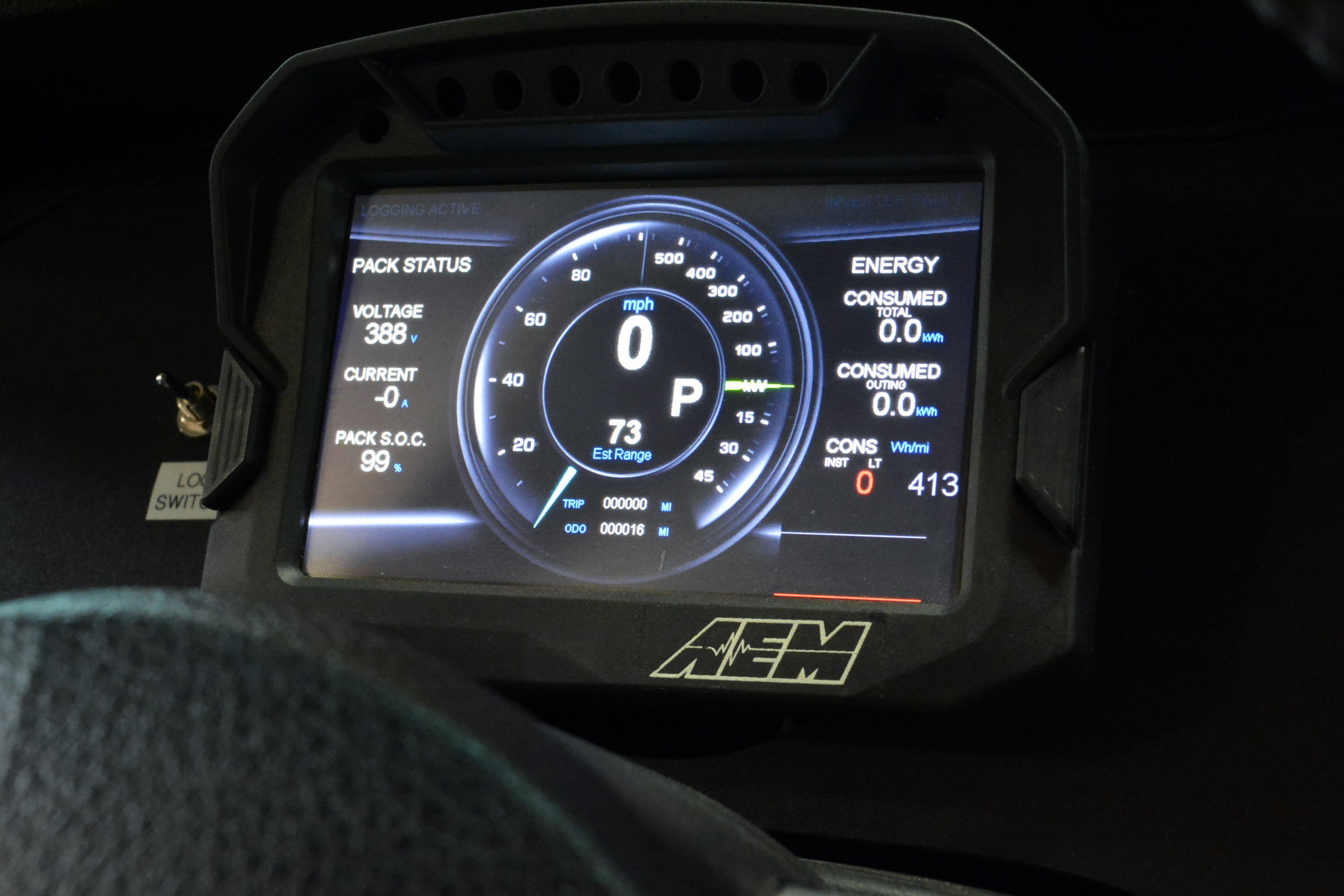 “Our customers specialize in fabrication, racing and high-performance, so the types of challenges they see on a daily basis have already prepared them for performing EV conversions,” Mollica believes. “Right now the challenge is packaging, and that’s what the businesses in our market are great at.”

AEM EV replaced the Tesla board in the inverter with a LDU inverter control board it co-developed with Cascadia Motion. The LDU board connects to the VCU 200, the brains of the operation that monitors vehicle systems and delivers instructions on things like torque maps and safety conditions.

With the aid of AEM EV software and the VCU 200, the company says torque maps can be programmed. The PDU-8s supply power for things like the keypad, coolant pump and power steering pump, while the CAN communication-equipped keypad provides eight buttons for selecting drive and power modes. 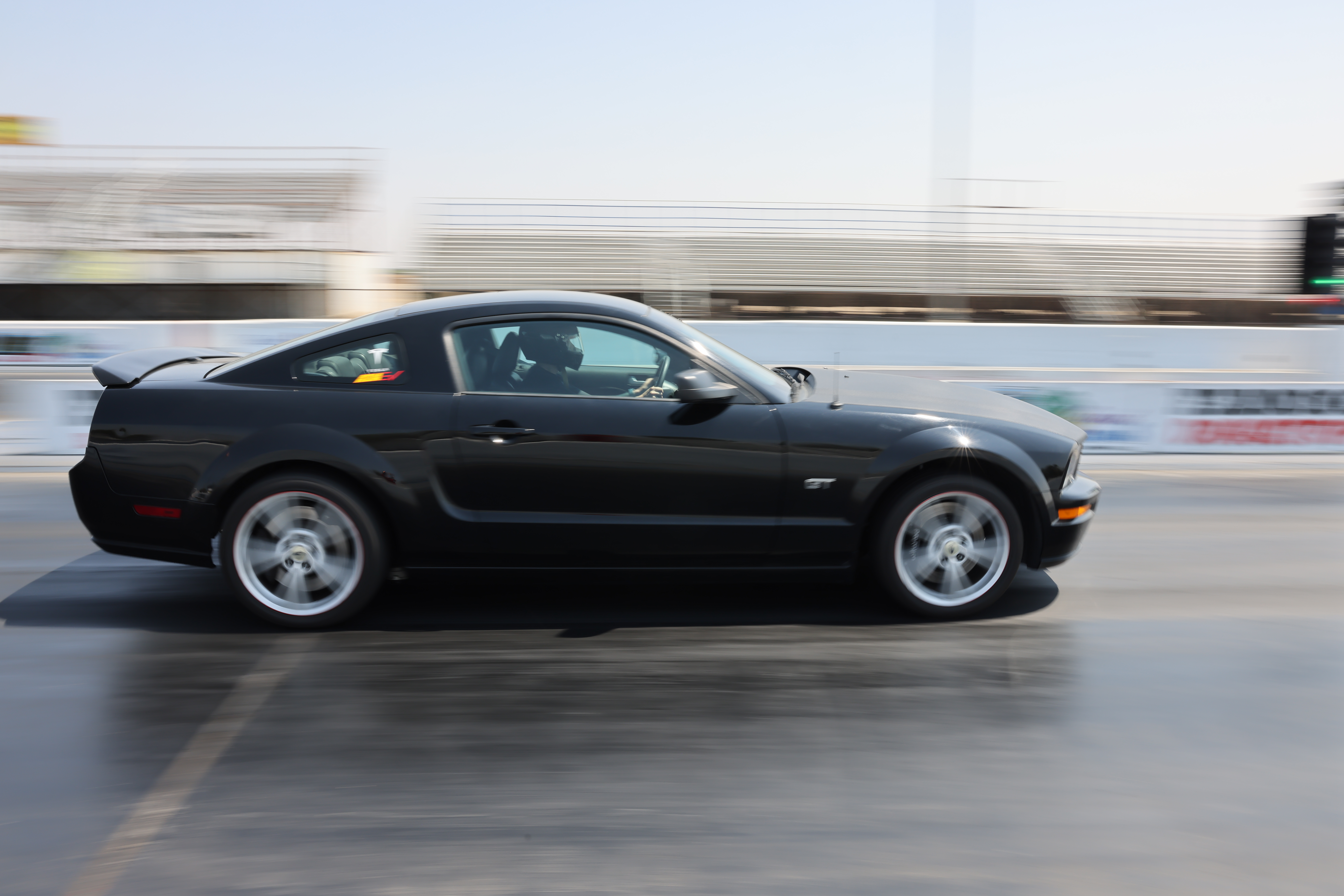 Offset wheels from a 2008 Corvette were used to fit the LDU to the rear.

In another video, testing showed the Testang made more power than a Tesla Model S P85 Plus. And, while the AEM setup was good for drag racing, bracket racing and time attack, according to Mollica, AEM also wanted the vehicle to adopt some road manners.

“Fine-tuning adjustments were made to the torque curves in the various power maps for drivability,” he says.

The project shows how EV swap projects are achievable at a time when demand is expected to grow.

“There are over 20 new EVs being introduced by OEMs this year,” Mollica says. “In a few years, that number will increase tenfold. And that means, like the LS, there will be a lot of perfectly good propulsion systems sitting in junkyards waiting to be transplanted.”

Matt Cousineau is a freelance writer, editor and journalist based in Illinois.