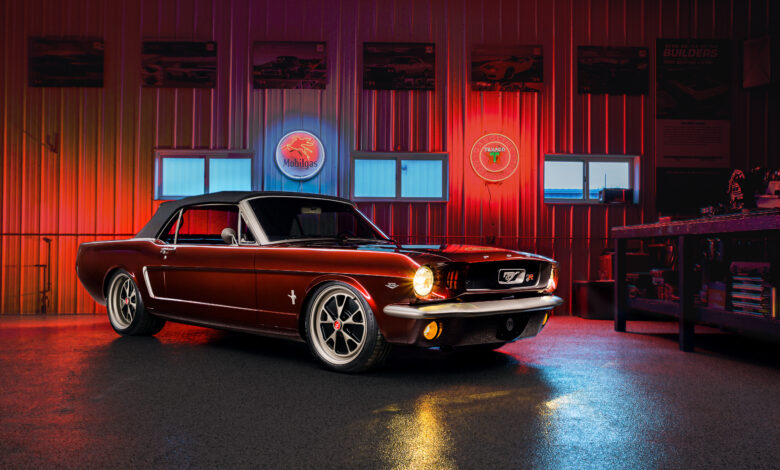 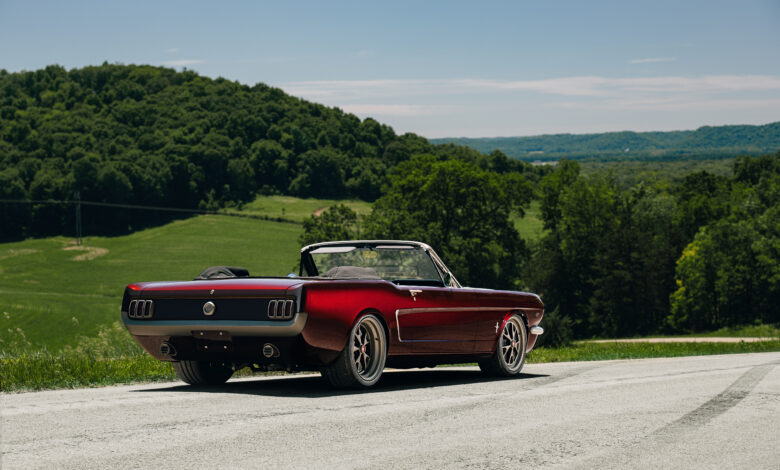 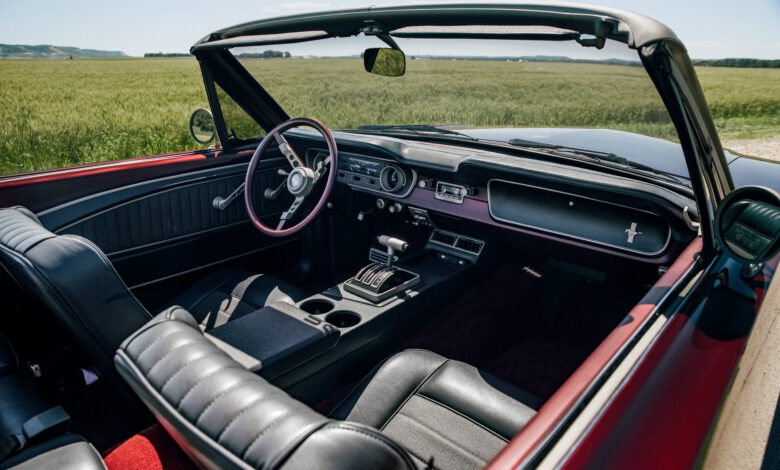 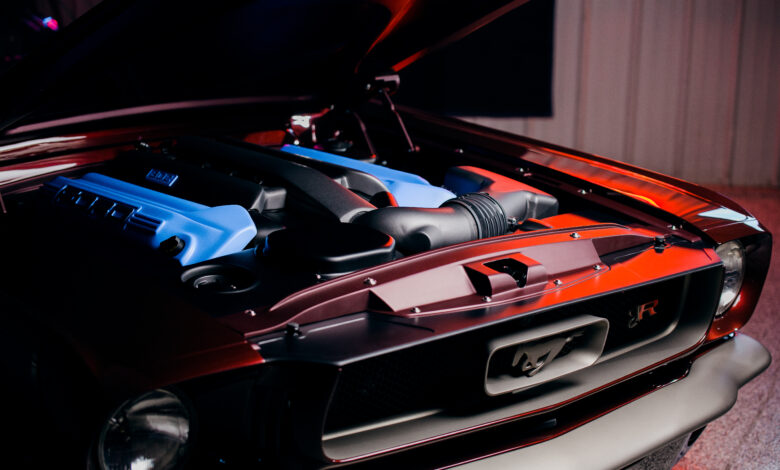 According to the builders, the design objective was to subtly evolve and modernize the original Mustang’s lines and proportions while honoring the aesthetic of Ford’s original pony car.

Born from an original 1964.5 Mustang convertible, nearly every component is a Ringbrothers-built one-off piece, the company said, with the only factory Mustang parts being the center caps for the wheels. The Ringbrothers team converted the Roadster Shop FAST TRACK chassis back into a unibody, and widened and lengthened the bodywork by one inch. The BASF Glasurit “Burgundy Brave” finish was then applied, and all the chrome and stainless-steel trim was treated with Cerakote Titanium C-105P.

“The client was highly involved in the process and adamant on maintaining a subtle, stock-like appearance,” said Ringbrothers co-owner Mike Ring. “Everything was cued off the Mustang’s original design, but we sharpened the lines and added a number of 3D-printed details to make it truly unique.”

“Every piece of this car has been touched and updated with the original design cues in mind, down to the iconic Mustang taillight bezels, gas cap and running horse emblems,” added Ringbrothers co-founder Jim Ring. “There’s a lot of nuances that went into the design, and we’re proud of that aspect of the build. Only the expert eye will be able to discern the subtly of the differences.”

The redesigned front grille is set back two inches and feeds air into a Ford Performance 5.0-liter Coyote V8 crate engine filled with Motul engine oil, the company said. The Coyote is equipped with custom-built headers by Ringbrothers and is accompanied by a Flowmaster exhaust system and Ford’s 10R80 10-speed automatic transmission. The Mustang rides on a set of Continental tires wrapped around one-off 18-inch EVOD Industries wheels mirroring the style of the Mustang’s iconic Rally wheels. Handling comes courtesy of Penske Racing Shocks RS Edition performance coilovers front and rear, an independent rear suspension and a set of Baer Brakes for stopping power, the company said.

“In all, more than 4,200 hours were invested in bringing ’CAGED’ to life,” continued Jim Ring. “It was our pleasure to once again work with our trusted partners BASF, Motul, GFS, Heat Shield Products, Miller Welding, Painless Wiring and others to bring this car to life.”