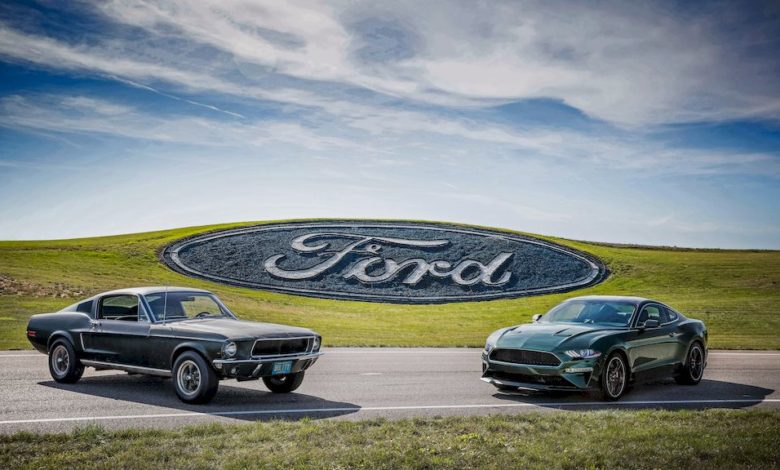 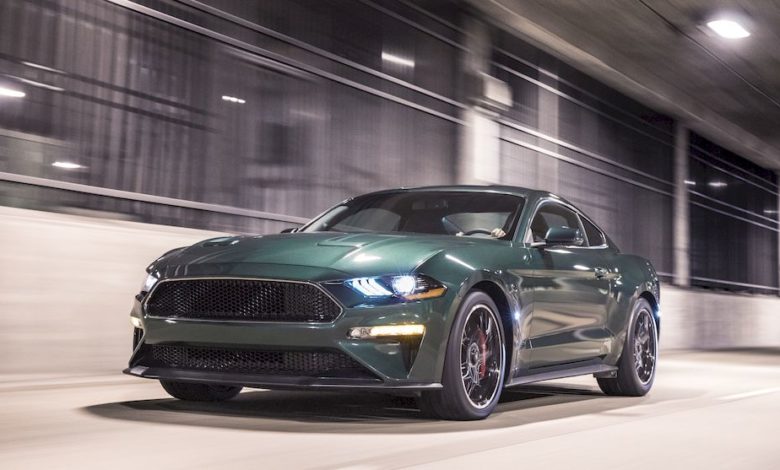 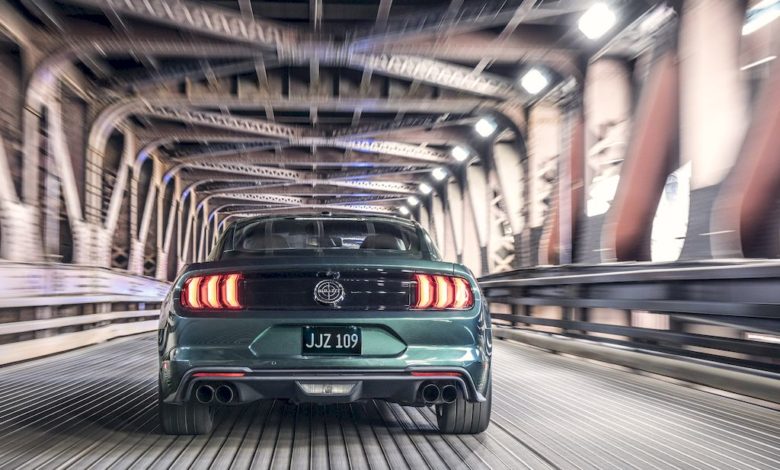 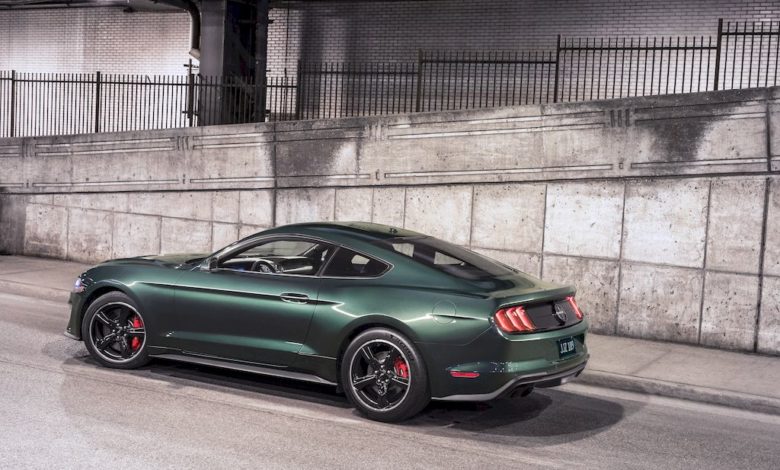 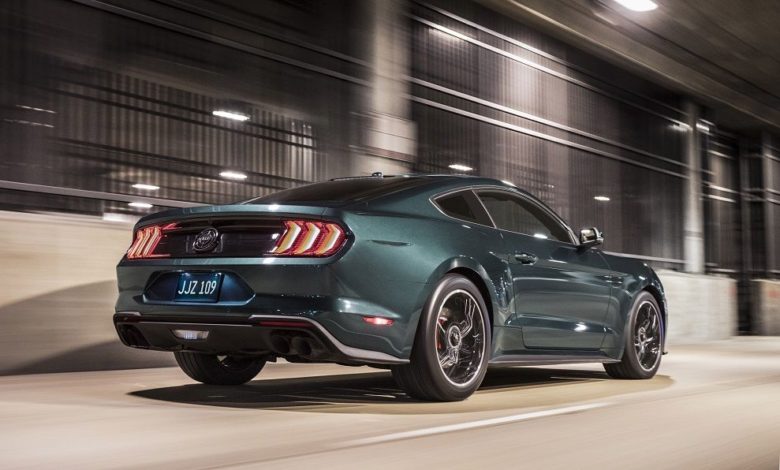 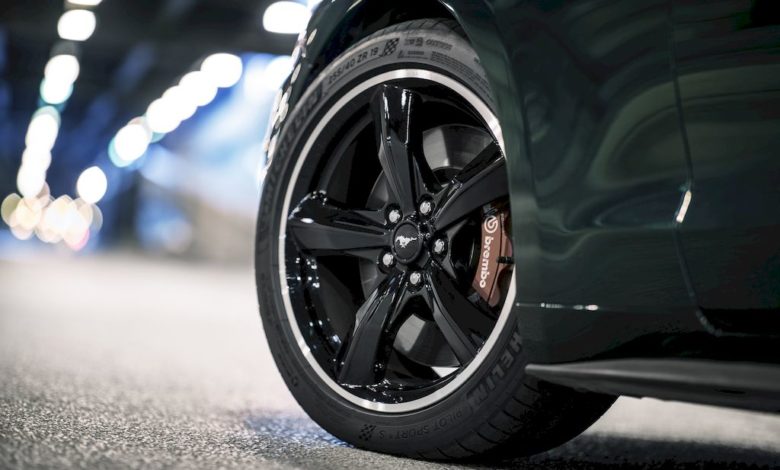 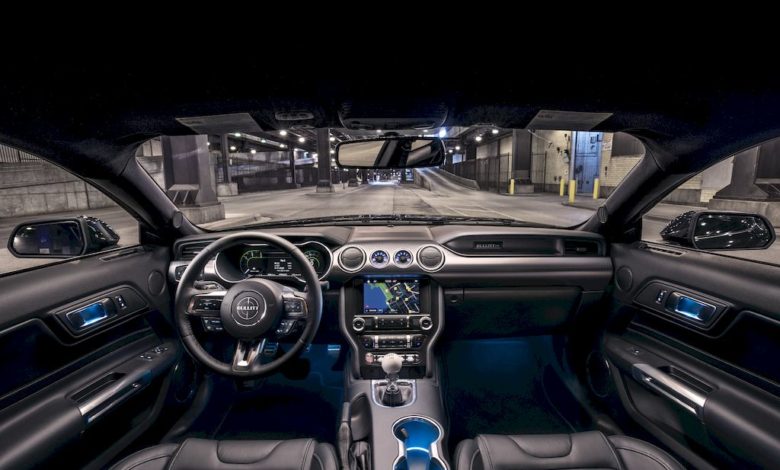 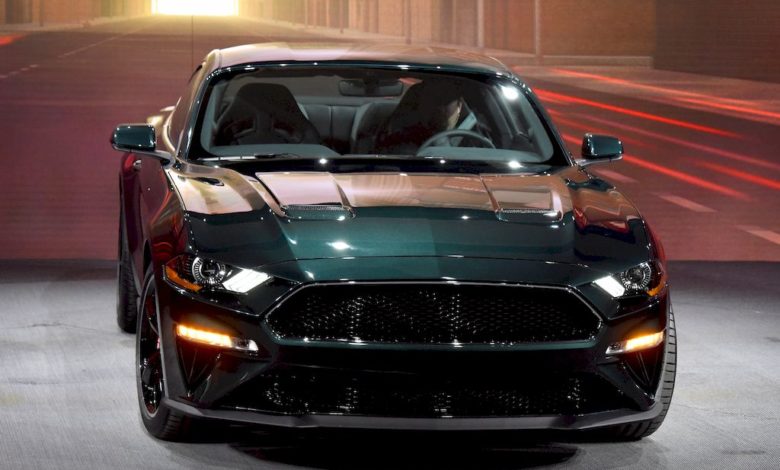 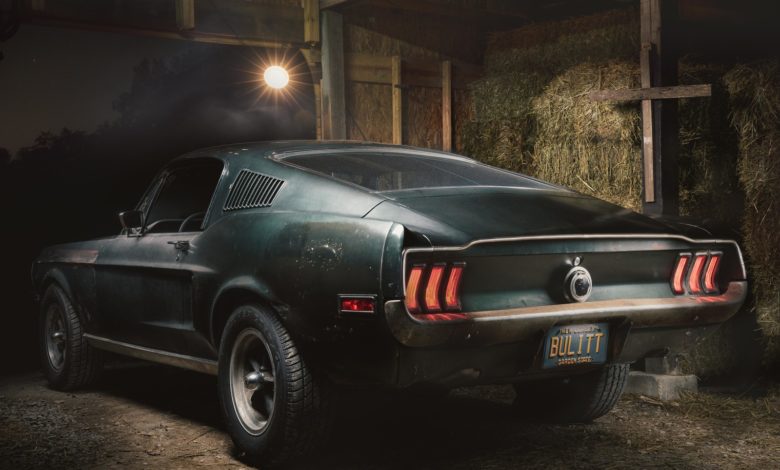 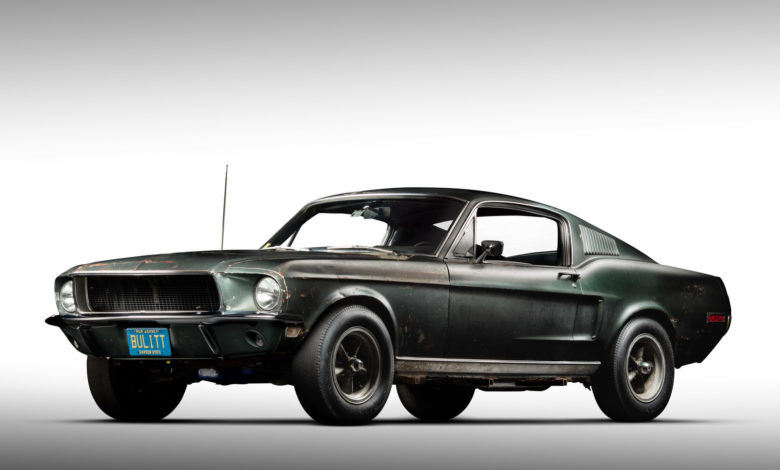 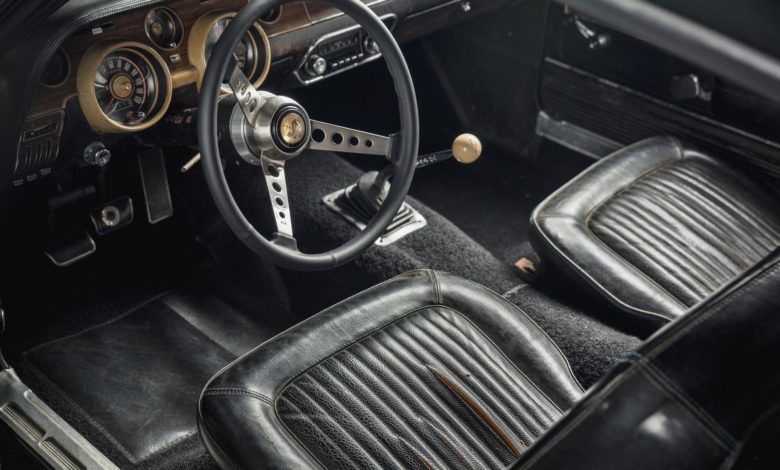 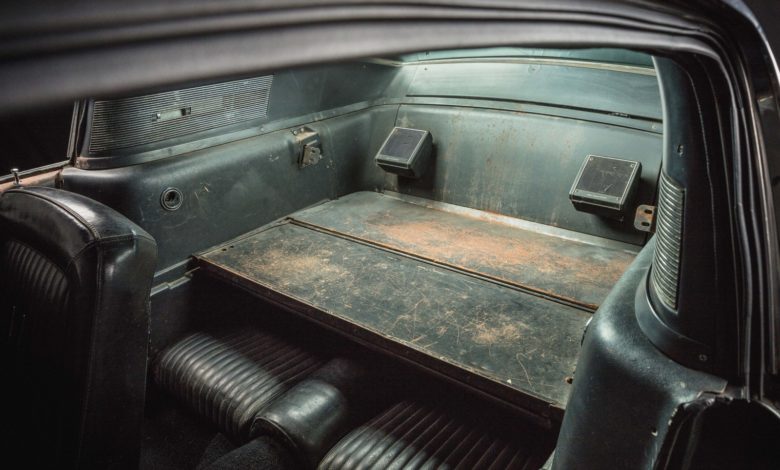 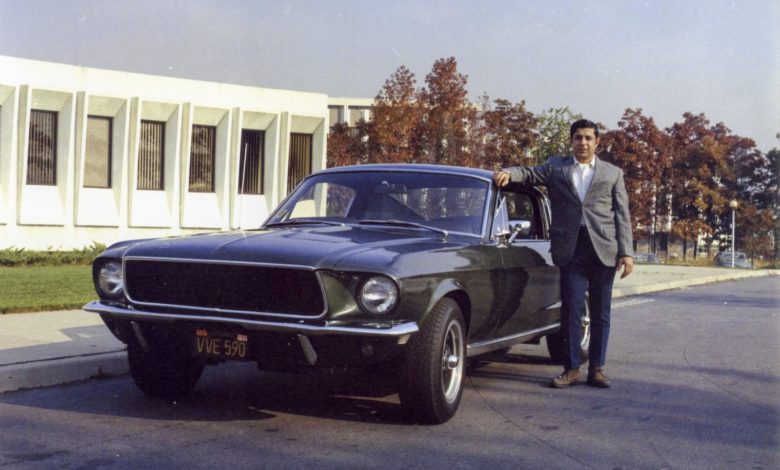 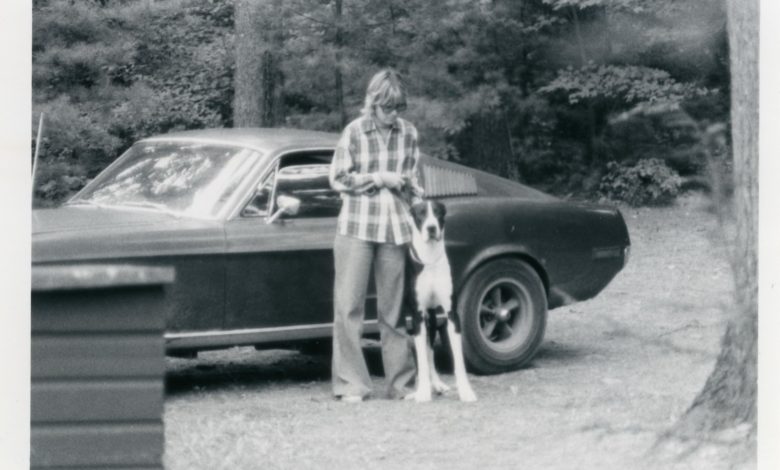 The Historic Vehicle Association (HVA) announced on Jan. 14 that the 1968 Mustang Fastback rom the movie Bullitt (1968) was recorded as the 21st automobile on the National Historic Vehicle Register.

This program is a partnership between the HVA and U.S. Department of the Interior, Historic American Engineering Record and the archives of the Library of Congress.

The car’s iconic stature has everything to do with Steve McQueen, “the king of cool.” Known for his love of motorcycles and fast cars, McQueen was hell-bent on bringing real action to the screen. He and Director Peter Yates succeeded with a visceral cop action flick set in San Francisco. The action was all real in Bullitt. Real speeds, real streets, with real crashes caught on film.

After the movie, the car’s whereabouts was a decades-long mystery, until recently, when it re-emerged beside the new Ford Mustang Bullitt at the North American International Auto Show in Detroit.

A Family Treasure
Sean Kiernan of Nashville, Tennessee owns the “Bullitt” car and recently shared his recollections of the car and its place in his family:

“For 44 years, our family has owned the Bullitt movie Mustang – serial number ‘559. There were two Bullitt movie cars. The ‘558 car was the heavily damaged “jump car” which was recently discovered in Mexico. Our ‘559 “hero car” was the vehicle that McQueen drove in many of the movie scenes.

For decades, our car has been the subject of numerous rumors, myths and dead-end searches. These stories evolved and took on a life of their own and the car became something of a holy grail in the old car world -“ waiting to be rediscovered.

Today we revealed the car to the general public and it is pretty much the way my parents bought it back in 1974. They found it in a classified ad from the October 1974 issue of Road & Track. The ad was slightly misspelled and read: ‘1968 Bullett Mustang driven by McQueen in the movie. Can be documented. Best offer.’

According to the New Jersey detective selling the car, my father – Robert Kiernan – was the only person that ever called. We’re not exactly sure how much dad paid but it was around six grand. It was quite a bit of money back then for a used ’68 Mustang Fastback. In fact, it was about twice to four times the going-rate.

My mom (Robbie Kiernan) and dad were both just 26 years old. They had been married for five years and my sister Kelly was four years old. They lived in Madison, New Jersey about 25 miles from New York City.

Bullitt wasn’t a second car – it was their only car. Dad took the train every day to the World Trade Center where he worked in insurance.  Mom drove Bullitt to St. Vincent’s parish where she taught third grade. The car was never modified – it has a straight exhaust and shook the pavement. God only knows what those kids must have thought. Mom must have been pretty cool.

On weekends, it was the family car and was driven to Maine and upstate New York numerous times. It must have been deafening. There was no sound-proofing because it had been removed for the movie. The trunk had a huge cut-out for a smoke machine. When it rained, I have no idea how the luggage stayed dry. We recently discovered the rear seatbelts hidden with Gaffer’s Tape. I guess my sister Kelly was never buckled in. Dad installed a pair of speakers in the back that are still there. With no air-conditioning, windows rolled down and the blaring AM radio, those Bullitt road trips in the 1970s must have been thrilling.

In 1977 my dad got a call from Steve McQueen. Steve had tracked down the prior owner, who gave him our phone number. McQueen wanted the car. He was a guy that was not used to hearing the word ‘no.’ But my dad told him: ‘No thanks, we are not interested in selling.’ McQueen followed up with a letter reiterating his interest, saying he wanted the car back and offered a trade or something as long as it wasn’t “too much monies.” Dad never answered that letter. Bullitt was part of our family.

I was born in 1981 – about the last time the Bullitt moved under its own power. Dad was an executive and had a company car. Mom was driving something more practical – a Plymouth Horizon – and I had a seat belt.

Dad was always a car guy but by the 1980s another passion bit him. It was horses. Fast cars were moved to the sideline in favor of thoroughbreds. By the time we moved to our Kentucky farm outside of Cincinnati, we had a number of horses. Ultimately, the farm became a full-time job for all of us.

I grew up loving horses and cars alike. We always had something cool to drive. Eventually I learned the story about our Bullitt Mustang. It was a car I would come to know well. While I’d never heard its cylinders fire, I pretended to drive it thousands of miles. I would hop in the seat, grab the steering wheel and run through the gears. I honestly have no idea how that Hurst shifter ever survived my daily abuse.

After Steve McQueen passed, hunting for the Bullitt Mustang intensified. While the car was decidedly not for sale, it simply became a project dad didn’t have time for. Gradually, it became our family secret out of necessity. Dad was now a busy executive with horse racing business interests, but he took quiet pride knowing the Bullitt was waiting in the garage.

By 1995 we moved to a house on a smaller farm near Nashville. A few years later dad retired and started scaling back.

I took a job in automotive refinishing. By the late 1990s my father and I started to talk about rebuilding Bullitt. We became further inspired when, in 2001, Ford launched its first anniversary Mustang Bullitt which stirred up more talk of the whereabouts of our original car.

Dad started disassembly of the car in our modest two-car garage. Unfortunately, we still had a farm that took most of our time.

When our father-son project finally started to gain momentum, illness struck – my father was diagnosed with Parkinson’s disease. For the next couple of years, we could talk about cars, but not accomplish much. In 2014, he passed away. It became a father-son project we were never able to finish together.

Over the past two years, I’ve worked alone in that same garage to return Bullitt to the condition it was when it was my parent’s daily driver. The engine was rebuilt, aging carpets were replaced, and a new steering wheel added similar to the one used in the movie. Aside from that it is pretty much the way it was, with the evidence of our family road miles, and the gentle patina that comes from years of storage.

The paint has never been changed. Some wish it was shinier. It never was. In the movie, all the badges were removed and the paint was scoured with Scotch-Brite pads to make it dull. After the movie, it received a generous application of Bondo (to hide the damage), and a single-stage respray in its signature Highland Green color.

The seats, interior, trunk space and camera mounts remain unaltered and consistent with its prior movie life. When originally prepared for resale, the antenna was returned to the right front fender and the movie rear-view mirror was replaced with a stock unit. The Hurst shifter had been installed by the former owner and we never replaced it.

The front bumper is new and so is the front valance. These were damaged when my grandfather backed into the car in the 1970s. No artificial ‘patina’ has been added – all the new parts can be plainly identified. The car is honest and that’s the way I wanted it.

The workmanship is all mine, as it was mine to do alone as homage to my father and the family secret I had internalized.

Over the last 18 months, several experts were brought in to see the car. Mustang expert Kevin Marti was the first and he verified our Mustang as the ‘559 Bullitt movie car. McKeel Hagerty was contacted, as Hagerty insures the car.

We were then connected with the Historic Vehicle Association in Washington, D.C. for guidance on preserving the car and the related artifacts. They photographed, scanned and documented the car for the National Historic Vehicle Register, in partnership with the U.S. Department of the Interior, Historic American Engineering Record.

We can all be grateful that these documents will be archived in the Library of Congress so that future generations of Americans can see the car, just as it is today. Our family is honored that it is the twenty-first vehicle to be recorded under the program and the subject of an HVA documentary that they will release later in 2018. I know my dad would be proud.

I am grateful to my wife Samantha and my good friends Steve Forister, Steven Whitaker, Casey Wallace and Ken Horstman, because without their encouragement and support the car would not be here today. I’m also grateful to LKQ Corporation (where I’ve been employed for ten years) for flexibility in 2018 to tour with the car.

I thank my dad, Robert Kiernan, for the years we shared together, my sister Kelly and my mom, Robbie Kiernan. She must be the coolest third grade teacher in history, because she drove the Bullitt Mustang – our family car and a true national treasure.”

Both the ‘558 and ‘559 cars shared identical build specifications. Upon purchase, the cars were prepared by Max Balchowsky for the use in the Bullitt movie. These modifications included:

All exterior Ford and Mustang badging was removed. The Highland Green paint was scuffed to create a dull appearance. Certain features were painted black, such as the rear gas cap. The reverse lights were removed.
After filming, the “Bullitt” car was repaired and painted (Highland Green) for resale.

The HVA is producing a feature length documentary, entitled Little Pieces; The Untold Story of the Bullitt Mustang, about the ‘559 “Bullitt” Mustang to be released in 2018. The film will feature exclusive interviews with the Kiernan family, as well as many other people connected with “Bullitt,” in a definitive telling of the beloved car’s entire mysterious life.

A national tour of the ‘559 “Bullitt” Mustang is also being organized by the HVA and will be announced in the near future.