At the time of writing, total new vehicle sales were not finalized but are expected to improve for the sixth consecutive month in October. The SAAR is estimated to register 16.4 million, a small increase from September’s “surprisingly strong” 16.3 million rate, yet down from 16.8 million recorded a year prior, according to Cox Automotive.

“The auto industry recovery is absolutely striking. We clawed back more new car sales each month since sales bottomed out in April and are now seeing year-over-year new car retail sales growth for two consecutive months. This is a phenomenal outcome for the industry, as inventory is starting to rebound and demand remains high. There are positive signals that the recovery will sustain,” said Eric Lyman, chief industry analyst for ALG.

In addition to “modest improvements in the U.S. economy,” including gains in consumer confidence and job creation, 2021 model year products “are keeping consumers interested in purchasing even during turbulent times,” affirmed Charlie Chesbrough, senior economist at Cox Automotive.

Though two consecutive months of a boost in year-over-year retail sales demonstrates the remarkable strength of consumer demand. “The strong sales pace is occurring despite tight inventories. The combination of strong demand and lean inventories is enabling manufacturers to reduce new-vehicle incentives and is allowing retailers to reduce the discounts they typically offer on new vehicles,” said Thomas King, president of the data and analytics division at J.D. Power. 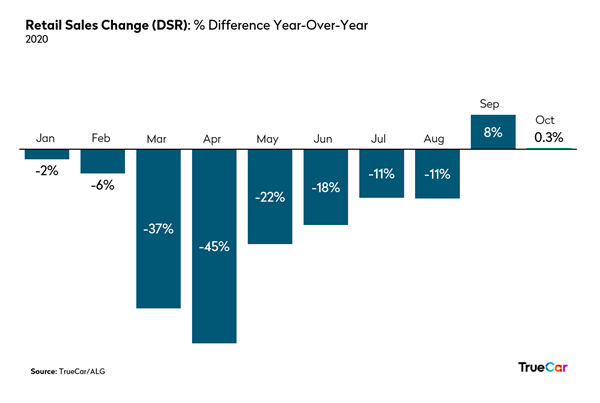 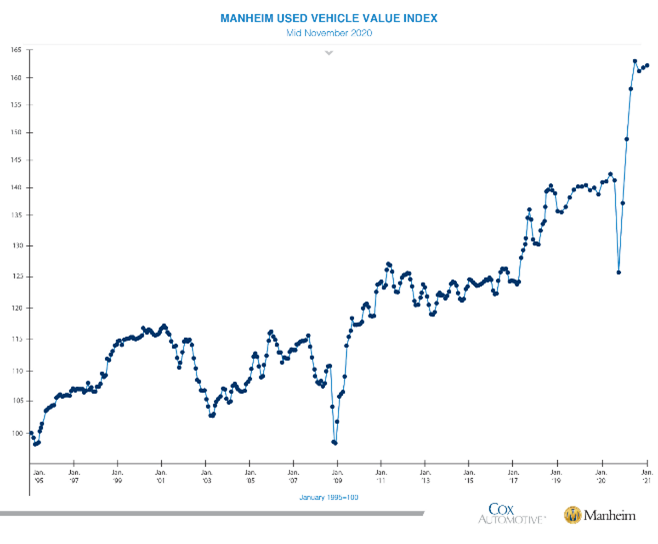 Like many (surprise) success stories during the pandemic, an unprecedented period of uncertainty and “existential crisis” presented a boom in the buying and selling of used vehicles, said Eric Rosenbaum, CNBC contributing writer.

Again, wholesale used vehicle prices (on a mix, mileage and seasonally-adjusted basis) are on the rise, increasing 0.3% during the first 15 days of November compared to October. This brings the mid-month Manheim Used Vehicle Value Index to 162.5, a year-over-year increase of 16.9%.

“It should be noted that the non-seasonally adjusted monthly change was -0.9%, which was closer to what we have been seeing in weekly price trends,” affirmed Manheim. The company went on to explain how the difference between the two metrics is largely a result of the seasonal adjustment, which accounts for a decline in November. For example, across the full history of the Manheim Index, November has averaged a 0.6% monthly decline in the NSA price; however, over the last five years, that decline has been 1%, according to Manheim. 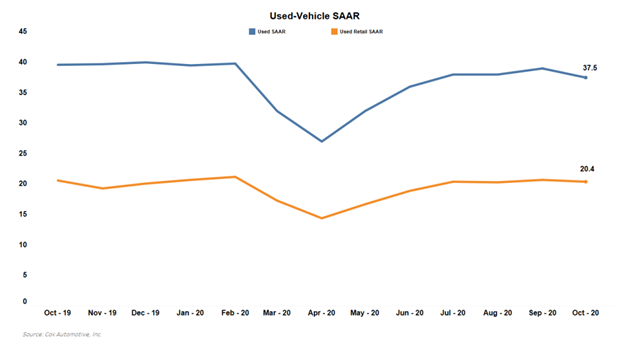 Additionally, Cox Automotive calculates a 13-month rolling used-vehicle seasonally adjusted annual rate (SAAR), yet another data point monitoring the health of the automotive market. According to estimates, total used vehicle sales volume was down 5% year-over-year in October. “We estimate the October used SAAR to be 37.5 million, down from 39.6 million last October and down compared to September’s 39.0 million rate,” said the company.

Likewise, the used retail SAAR goes a step further by only taking into account used vehicles sold via a dealership (both franchised and independent). Removing private party sales from the calculation, the October used retail SAAR estimate is 20.4 million—a small decline from 20.6 million last year and last month’s 20.7-million rate. 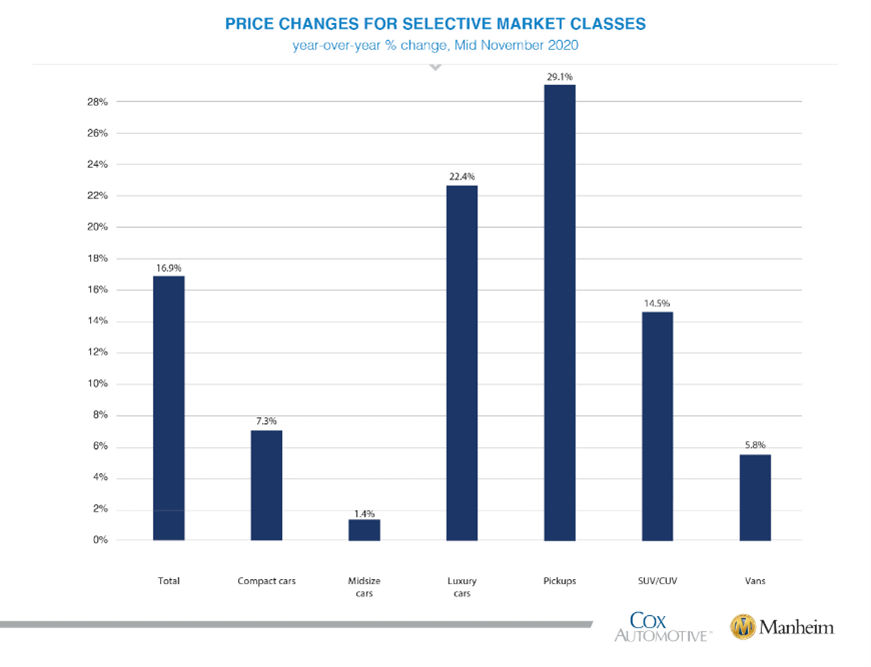 The sales conversion rate also appeared to bottom out the first week of November as it increased last week. Meanwhile, the key indicators suggest non-adjusted used vehicle values will see below-average declines in the days ahead, noted Manheim. 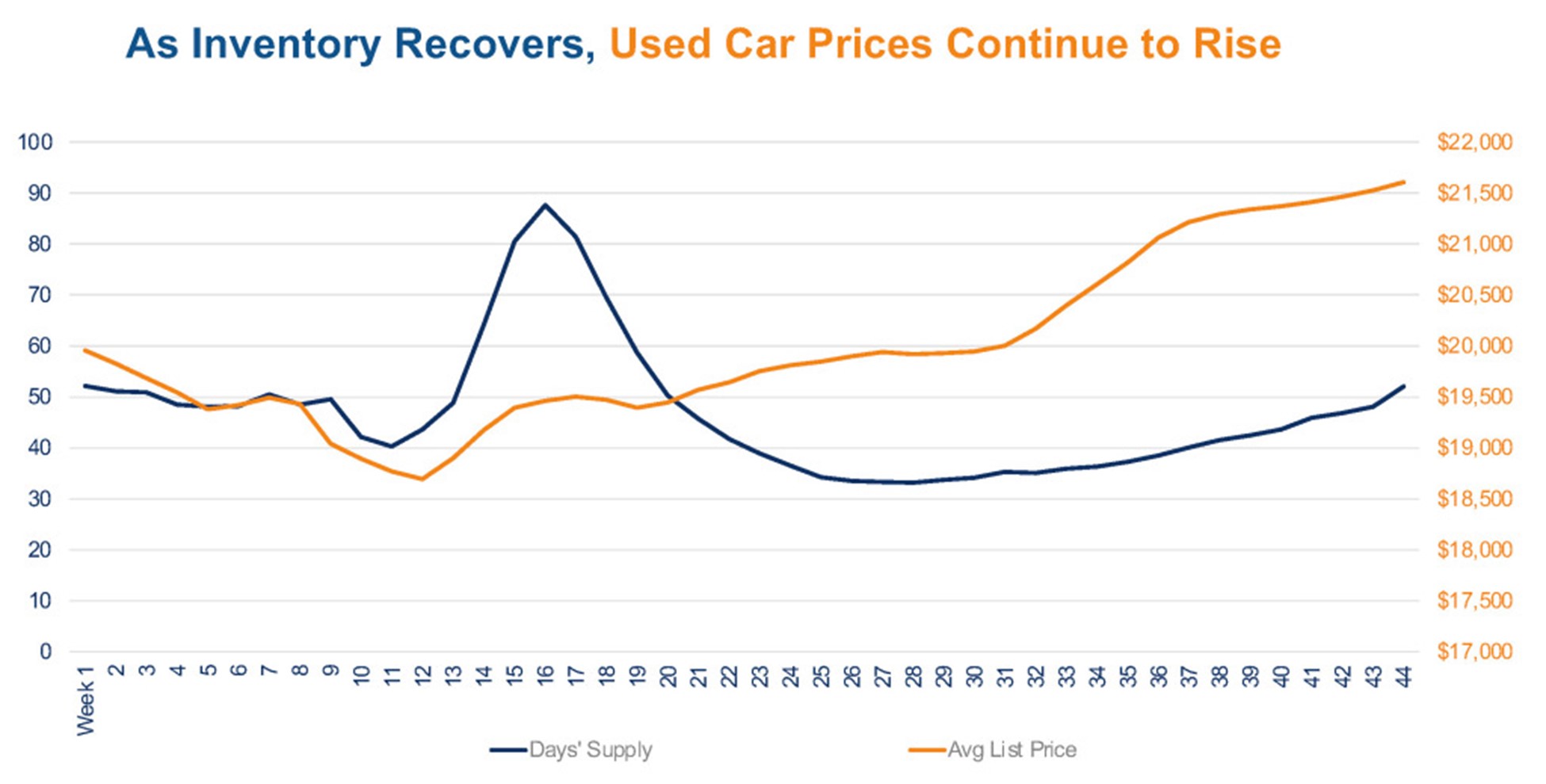 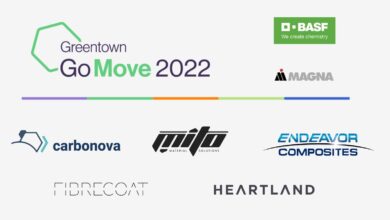 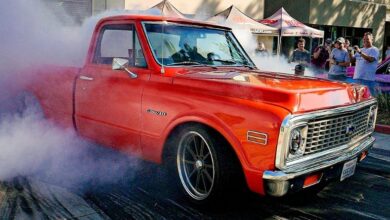 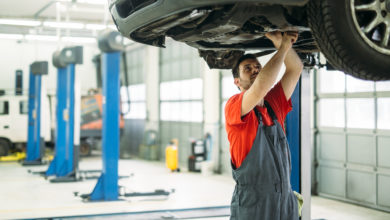