The U.S. economy shrank more than expected during the first quarter of the year, falling at a seasonally adjusted annual rate of 5% in the three-month period January – March, announced the Commerce Department.

Right alongside a decrease in GDP was a surge in the unemployment rate, up 10.3 percentage points to 14.7% during April 2020. It is the highest rate and largest month-over-month increase in the history of the data, which dates back to 1948. The downward trend continued into May, with more than 2.1 million people filing initial unemployment claims last week—tipping the jobless rate to 40.8 million. 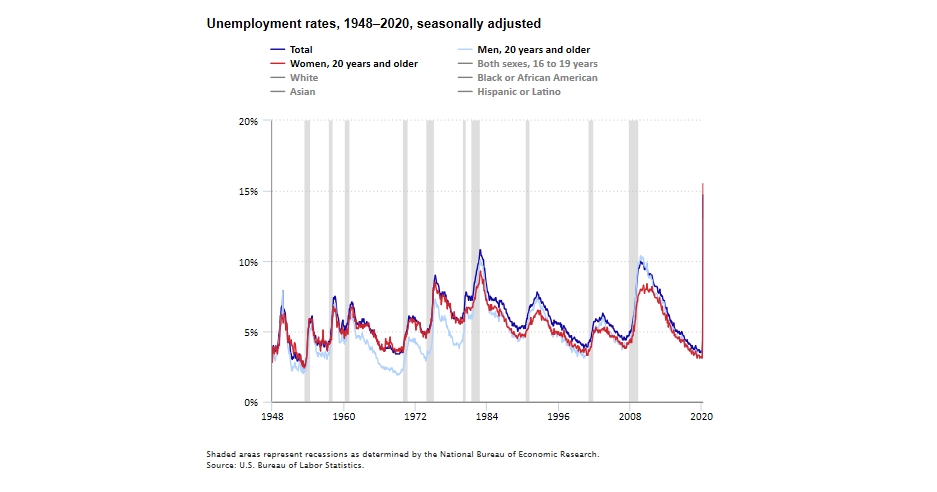 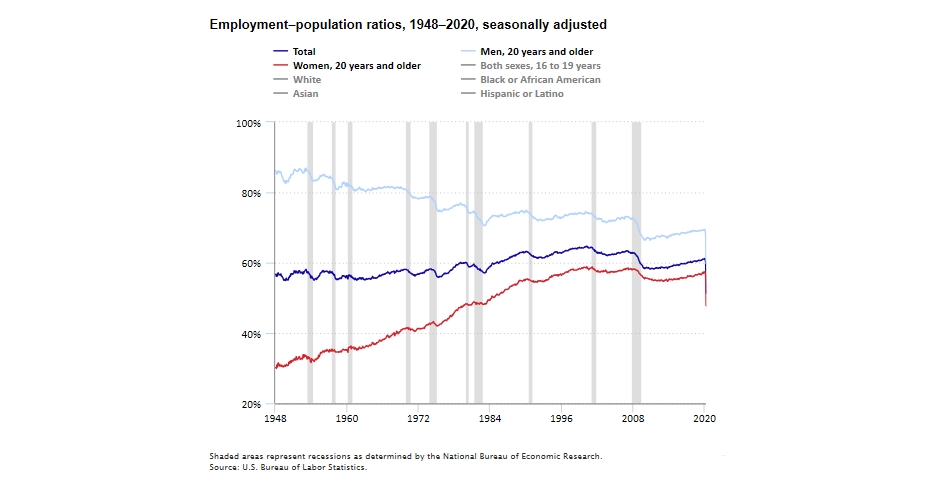 “Unemployment has widely been discussed over the last few months. In April, unemployment reached a record high of 14.7%, but about 18 million of the 23 million newly unemployed expect to be only temporarily out of work,” said Kyle Cheng of SEMA. “Consumers will ultimately decide when and how the economy reopens, but things are starting to look up. Getting those individuals back to work will be paramount in the coming months,” he added.

According to the Bureau of Labor Statistics, employment in leisure and hospitality plunged by 7.7 million, or 47%, during April 2020. Almost three-quarters of the decrease occurred in food services and drinking places (−5.5 million). Employment also fell in the arts, entertainment and recreation industry (−1.3 million), as well as the accommodation industry (−839,000).

Other important takeaways from April reporting include the following, courtesy of the U.S. Bureau of Labor Statistics:

• Manufacturing employment dropped by 1.3 million. About two-thirds of the decline was in durable goods manufacturing (−914,000), which saw losses in motor vehicles and parts and in fabricated metal products.

• Employment in the other services industry declined by 1.3 million, with nearly two-thirds of the decline occurring in personal and laundry services (−797,000).

• Construction employment fell by 975,000, with much of the loss in specialty trade contractors (−691,000). Job losses also occurred in construction of buildings. 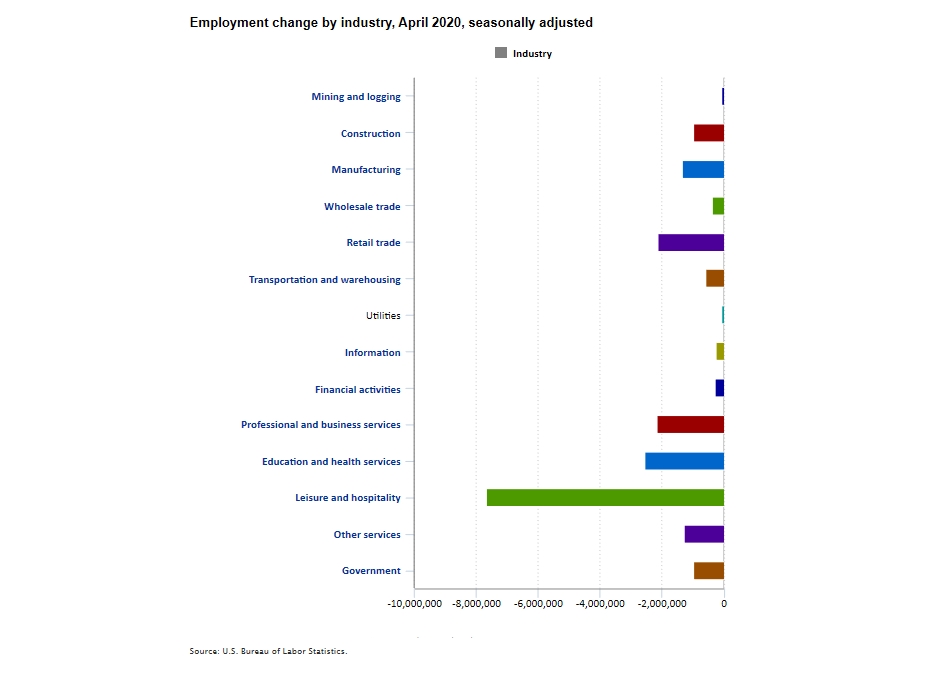 In a recent survey conducted by SEMA, nearly 90% of 2,000+ participants responded they are impacted short-term, but will get through it or are business as usual. “Bottom line, the specialty-equipment industry is open for business,” emphasized Kyle Cheng of SEMA. 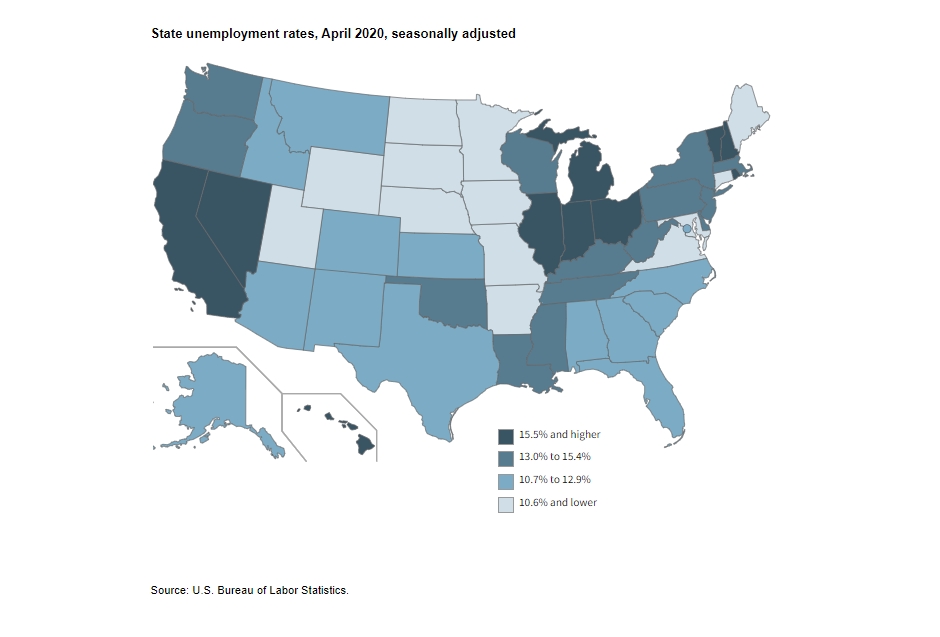 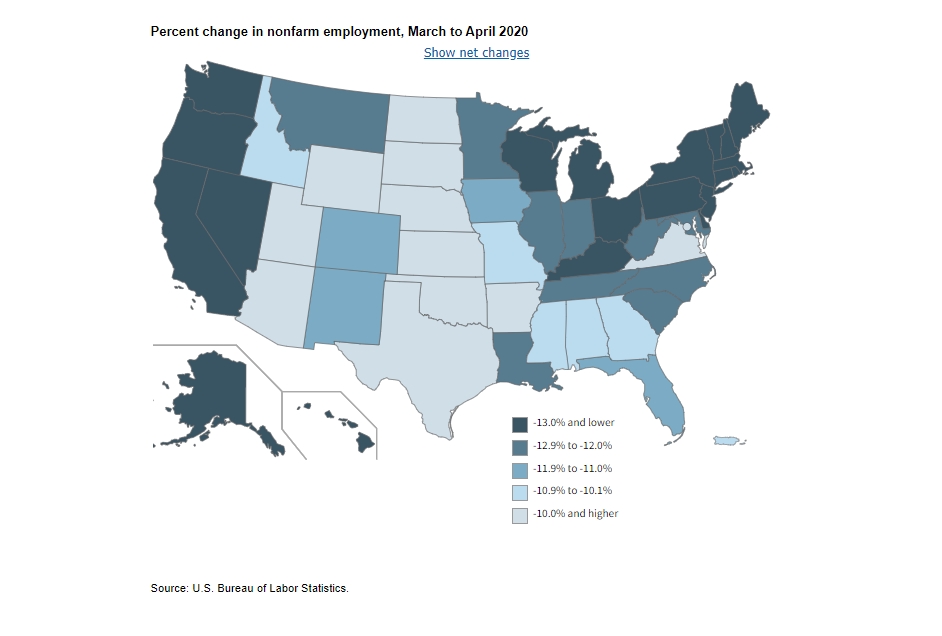