The Conference Board Consumer Confidence Index® decreased again in February. The Index now stands at 110.5 (1985=100), down from 111.1 in January and 115.8 in December. The Present Situation Index – based on consumers’ assessment of current business and labor market conditions – improved to 145.1 from 144.5 last month. The Expectations Index – based on consumers’ short-term outlook for income, business and labor market conditions – declined to 87.5 from 88.8.

“The Present Situation Index improved a touch, suggesting the economy continued to expand in Q1 but did not gain momentum. Expectations about short-term growth prospects weakened further, pointing to a likely moderation in growth over the first half of 2022,” says Lynn Franco, senior director of economic indicators at The Conference Board.

Meanwhile, the proportion of consumers planning to purchase homes, automobiles, major appliances and vacations over the next six months all fell.

“After decades of relatively low levels, inflation is on everyone’s mind and has been making consumers and businesses miserable as prices have picked up dramatically over the past year,” adds Jack Kleinhenz, chief economist at the National Retail Federation (NRF). “However you measure it, inflation has become a powerful force and plays a key role in the nation’s economic outlook.”

As a result, consumer confidence and spending will continue to face headwinds from rising prices in the coming months. 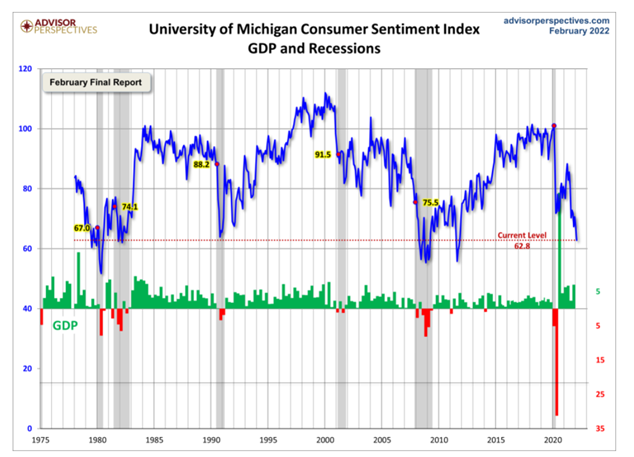 Since the inception of the report in 1978, consumer sentiment is 26.9% below the average reading (arithmetic mean) and 26.1% below the geometric mean. The current index level is at the 4th percentile of the 530 monthly data points in this series. Note that this indicator is somewhat volatile, with a 3-point absolute average monthly change. The latest data point saw a 4.4-point decrease from the previous month.

Similarly, The Consumer Sentiment Index – a survey consisting of approximately 50 core questions covering consumers’ assessments of their personal financial situation, buying attitudes and overall economic conditions –decreased to 62.8 in February from 67.2 in January – the lowest level in the past decade, according to the University of Michigan Survey of Consumers.

“The financial harm and growing angst among consumers about rising inflation have pushed nearly nine-in-ten consumers to anticipate interest rate hikes. The Fed’s clinging to the transient hypothesis meant missed opportunities to nip inflation at its earliest stages; aggressive actions are now needed to avoid the potential establishment of an inflationary psychology that acts to form a self-fulfilling prophecy,” says Richard Curtin, Surveys of Consumers chief economist. 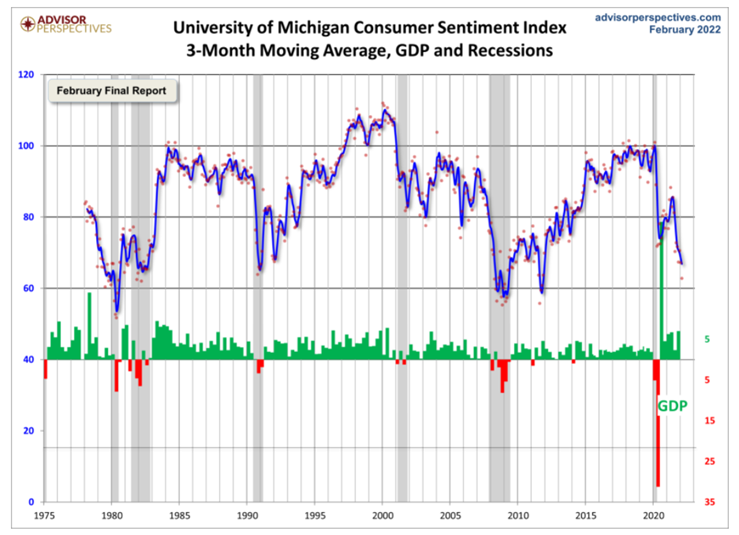 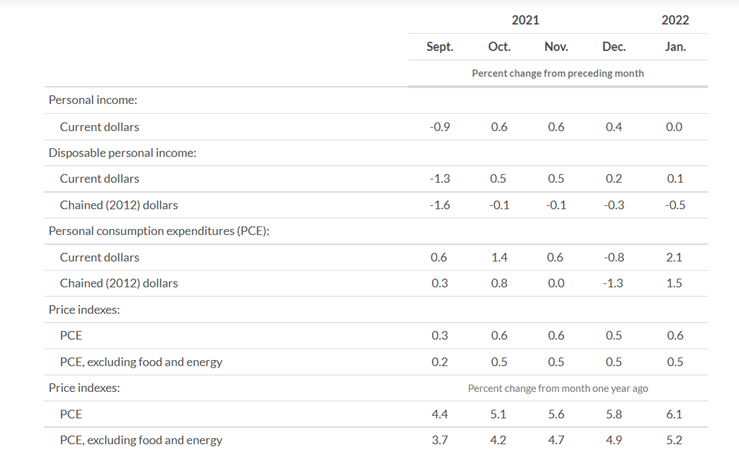 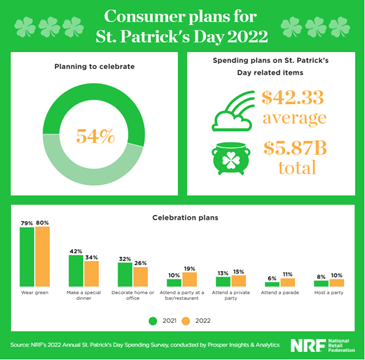