More than 534.5 million COVID-19 cases and 6.3 million deaths are confirmed across the globe. Vaccination efforts remain a top priority among health and government officials, with an ultimate goal of reaching herd immunity. Approximately 66% of Americans are fully vaccinated, according to recent CDC data. Experts estimate 70%-85% of the population must be vaccinated in order to reach herd immunity.

To date, nearly 85.5 million cases were reported across the U.S, with California, Texas and Florida claiming the highest numbers, according to Statista. COVID-19 restrictions vary by state, county and even city. Review a comprehensive list of current restrictions here.

Similarly, The Consumer Sentiment Index – a survey consisting of approximately 50 core questions covering consumers’ assessments of their personal financial situation, buying attitudes and overall economic conditions –declined to 58.4 in May, according to the University of Michigan Survey of Consumers.

Currently, consumer sentiment is trending down 14% since May, continuing a downward spiral over the last year and reaching its lowest recorded value – comparable only to the “trough” reached in the middle of the 1980 recession. According to Surveys of Consumers Director Joanne Hsu, data shows all components of the sentiment index fell, with the steepest decline in the year-ahead outlook in business conditions, down 24% from May. Consumers’ assessments of their personal financial situation worsened about 20%. Forty-six percent of consumers attributed their negative views to inflation, up from 38% in May; this share has only been exceeded once since 1981, during the Great Recession.

In addition, NPR states Russia’s invasion of Ukraine “triggered seismic [global] repercussions,” including a fast-moving refugee crisis, unprecedented sanctions against a major economy and a shakeup of worldwide relationships, including a reinvigorated NATO. The Ukraine-Russia war is expected to result in further economic impacts in the U.S., from higher prices to dampened spending and investment, adds Federal Reserve Chair Jerome Powell. 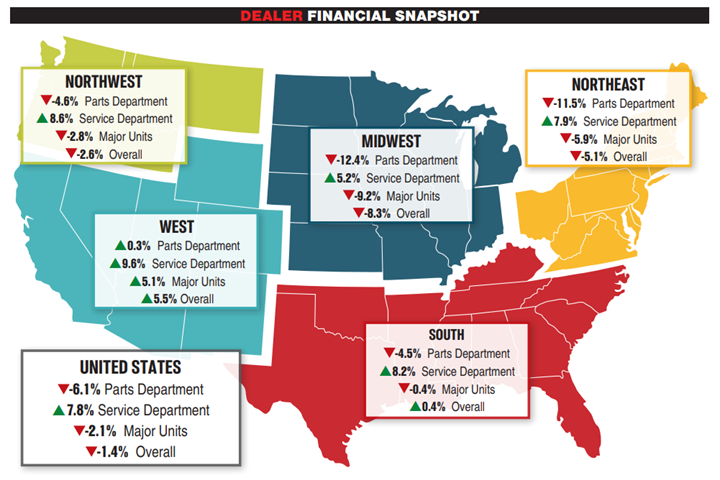