“As the economy fully reopens and consumer confidence continues to rise, economists predict consumer spending will help drive the recovery forward – especially spending on in-person services. These outlays will be underpinned by a strengthening labor market and a large pool of savings derived from three rounds of fiscal stimulus checks dispersed over the last year,” explained The Conference Board.

Such rapid acceleration in growth has led to rising prices and heightened concerns about inflation. Expected to peak in Q2 2021, the price level for personal consumption expenditures (PCE) – the U.S. Federal Reserve’s preferred inflation metric – is projected to hit 3.5% year-over-year and Core PCE inflation at 2.9%.

“Inflation will likely remain elevated for the remainder of 2021, but then begin to moderate,” noted The Conference Board. “It is unclear whether or not the Fed will tolerate these price increases for an extended period of time, and sooner than expected monetary tightening represents a downside risk to our forecast.”

Total nonfarm payroll employment jumped 850,000 in June, following increases of 583,000 in May and 269,000 in April, according to the U.S. Bureau of Labor Statistics. The increase marks a significant gain compared to economists’ predictions of approximately 706,000. 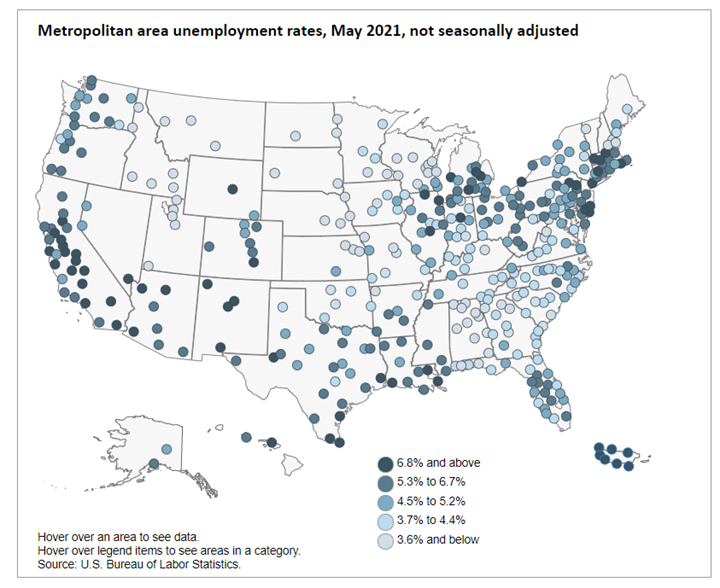 The national unemployment rate increased from 5.8% in May to 5.9% in June – the latter of which is slightly higher than a forecast of 5.6%. While unemployment is down considerably from its recent high in April 2020, it remains 3.5 percentage points higher than pre-pandemic levels. 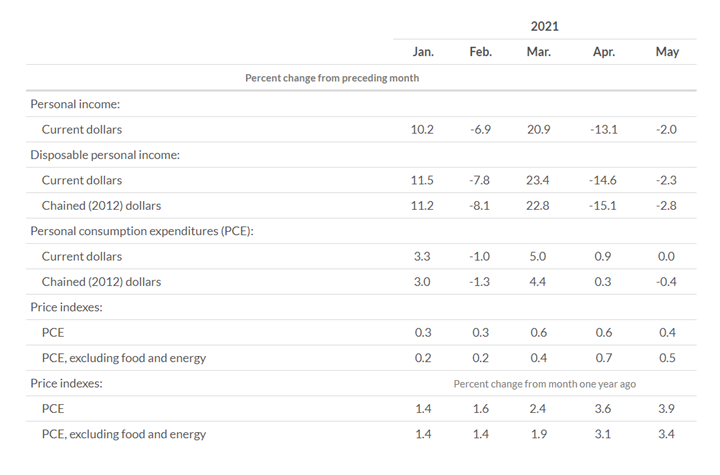 According to the U.S. Bureau of Economic Analysis (BEA), a decrease in personal income in May primarily reflected a decrease in government social benefits. Within government social benefits, “other” social benefits decreased as economic impact payments made to individuals from the American Rescue Plan Act of 2021 continued, but at a lower level than in April. Unemployment insurance also decreased, led by decreases in payments from the Pandemic Unemployment Compensation program, noted the BEA. Personal outlays increased $5.5 billion in May. Personal saving was $2.29 trillion, and the personal saving rate – personal saving as a percentage of disposable personal income – was 12.4%. 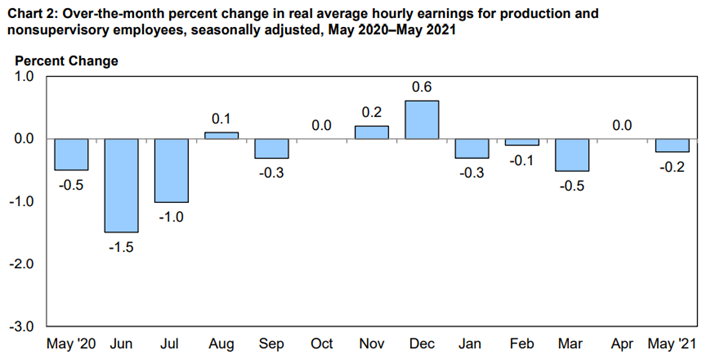 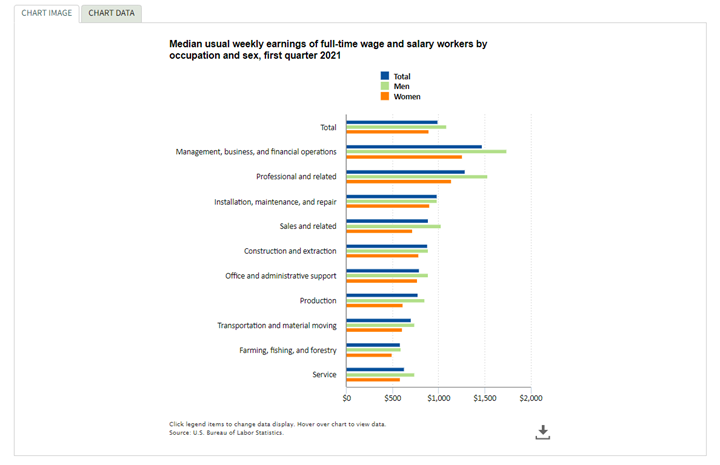 Nonfarm payroll employment is up by 15.6 million since April 2020 but remains down 6.8 million, or 4.4%, compared to pre-pandemic levels in February 2020. In June, notable job gains occurred in leisure and hospitality, public and private education, professional and business services, retail trade, as well as other services. 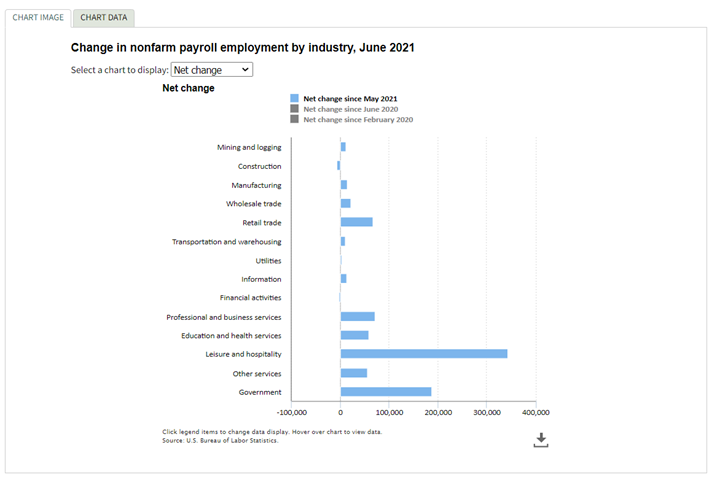 • Employment in leisure and hospitality increased by 343,000, as pandemic-related restrictions continued to ease in some parts of the country. Over half of the job gain was in food services and drinking places (+194,000). Employment also increased in accommodation (+75,000) and in arts, entertainment and recreation (+74,000). Employment in leisure and hospitality is down by 2.2 million, or 12.9%, compared to February 2020.

• Employment in mining increased by 10,000 in June, reflecting a gain in support activities for mining. Mining employment is down by 110,000 since a peak in January 2019.