The Conference Board Consumer Confidence Index® increased slightly in December. The Index now stands at 115.8 (1985=100), up from 111.9 (an upward revision) in November. The Present Situation Index – based on consumers’ assessment of current business and labor market conditions – was relatively flat at 144.1, down from 144.4 last month. The Expectations Index – based on consumers’ short-term outlook for income, business and labor market conditions – rose to 96.9 from 90.2.

“Consumer confidence improved further in December, following a very modest gain in November,” said Lynn Franco, senior director of economic indicators at The Conference Board. The Present Situation Index decreased slightly “but remains very high,” suggesting the economy maintained its momentum during the final month of 2021, according to Franco.

Additionally, the proportion of consumers planning to purchase homes, automobiles, major appliances and vacations over the next six months all increased, according to the most recent data. As such, expectations about short-term growth prospects improved, raising hope for a continued climb in early 2022. Regardless, both confidence and consumer spending will continue to face headwinds from rising prices and an expected winter surge of the pandemic, Franco noted.

Similarly, The Consumer Sentiment Index – a survey consisting of approximately 50 core questions covering consumers’ assessments of their personal financial situation, buying attitudes and overall economic conditions – increased slightly in December, but rising prices remains a top concern. At 70.6, “Consumers’ evaluations of their current finances remained unchanged at lower levels due to the erosion of their living standards from rising inflation. One-in-four households specifically cited the negative impact of inflation on their living standards,” according to the University of Michigan Survey of Consumers.

With a sharp rise in inflation and COVID-19 omicron cases, economists have more questions than answers. As sickness spikes, supply shortages are expected to tighten further. 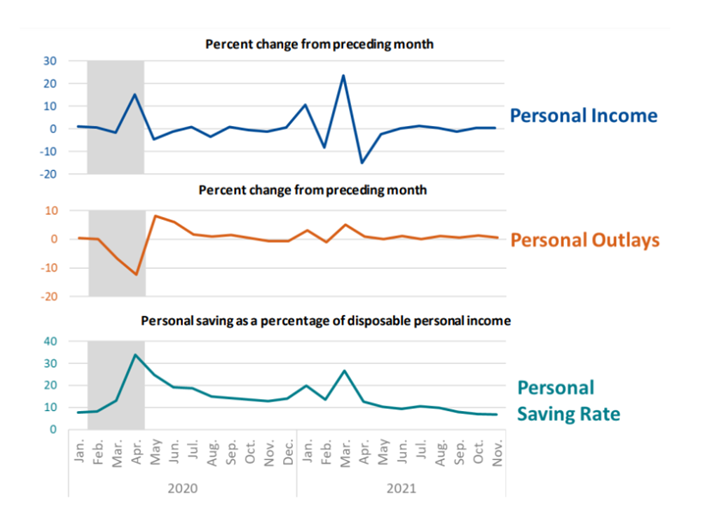 The increase in personal income mainly reflected a boost in compensation from employees and government social benefits. Partly offsetting these increases was a decrease in proprietors’ income, explained BEA. Personal outlays also rose in November, in connection with an increase in consumer spending on services. 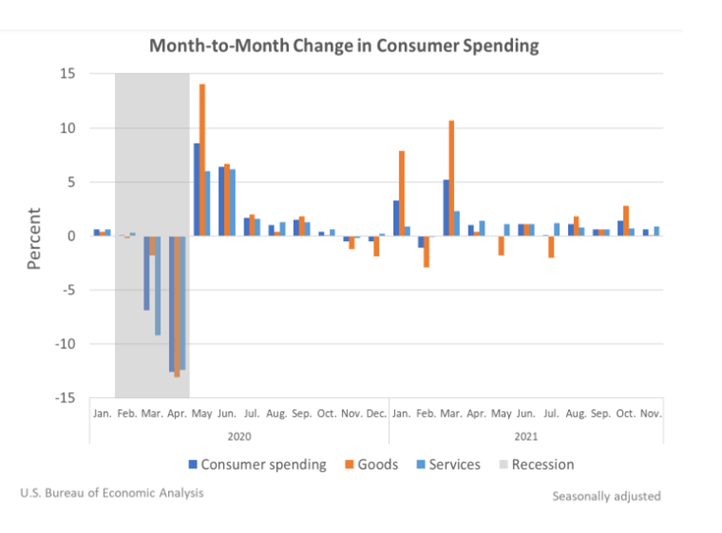 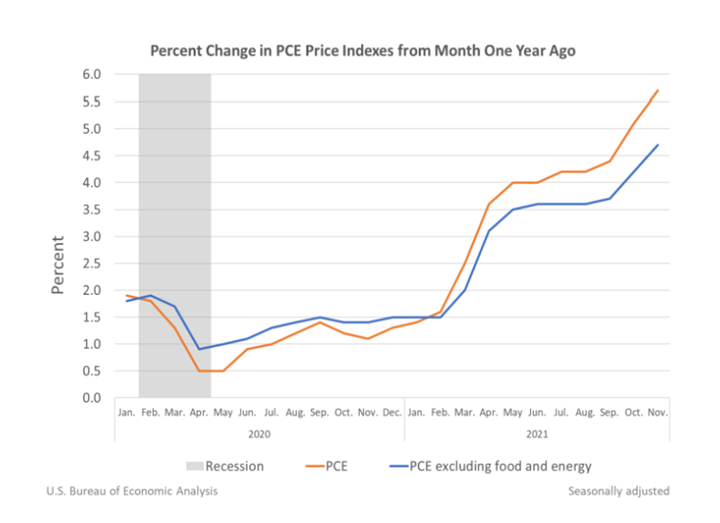