Real economic growth is likely to rise by 2.8%* (annualized rate) in 4Q20, while the US economy continues to wrestle with the COVID-19 pandemic, said The Conference Board. A deceleration in the recovery follows a contraction of 5% in 1Q20, a contraction of 31.4% in 2Q20 and a rebound of 33.1% in 3Q20, according to data from the Bureau of Economic Analysis (BEA).

The economy is showing signs of partial recovery from a deep contraction caused by the pandemic in the first half of 2020, but a variety of factors will determine how the recovery unfolds in 2021. Key variables include:

* The Conference Board is adjusting its forecast of 4Q20 real GDP growth from 2.2% (annualized rate) to 2.8% (annualized rate). This change is due to stronger than expected November economic indicators, including recently published Purchasing Management Index (PMI) and Personal Consumption Expenditures (PCE) data.

** The National Bureau of Economic Research (NBER) does not define a special category of recession called a “double-dip” recession. If there is another large contraction in economic activity over the coming months NBER will likely either classify this period as a continuation of the recession that it said began in February 2020 (link), or a separate recession that followed the first. At present, the NBER has not announced that the first recession has ended.

Total nonfarm payroll employment increased by 245,000 in November, and the unemployment rate decreased to 6.7%. For perspective, the rate is down by eight percentage points compared to a recent high in April but is 3.2 percentage points higher than it was in February. Likewise, the number of unemployed persons decreased to 10.7 million in November, yet the number is 4.9 million higher than in February.

“These improvements in the labor market reflect the continued resumption of economic activity that had been curtailed due to the coronavirus (COVID-19) pandemic and efforts to contain it. However, the pace of improvement in the labor market has moderated in recent months,” explained the U.S. Bureau of Labor Statistics. 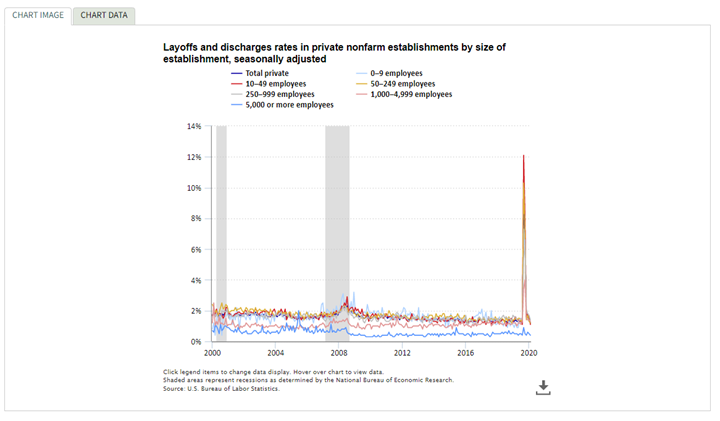 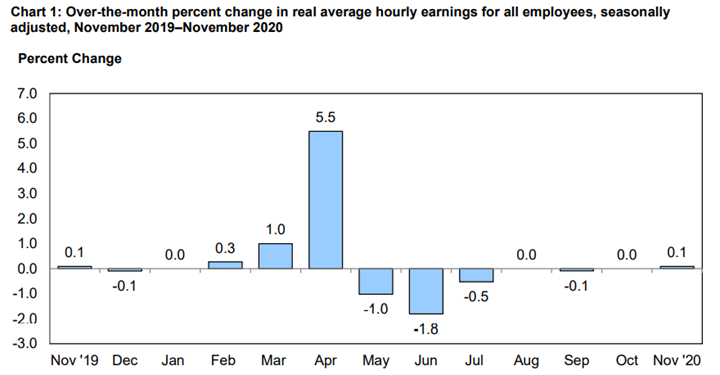 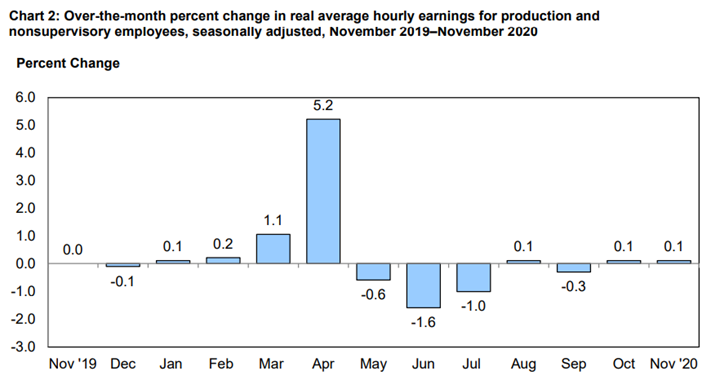 In November, total nonfarm payroll employment increased by 245,000, following gains of larger magnitude during the past six months. Nonfarm employment was below its February level by 9.8 million, or 6.5%. 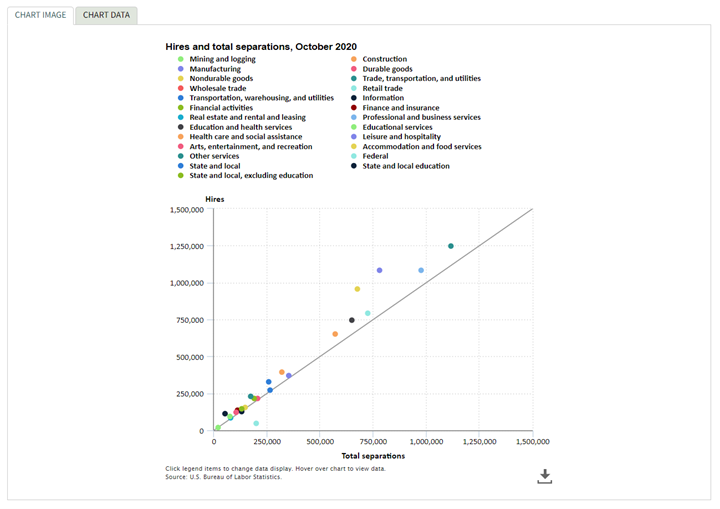 Since February, employment in these industries has increased by 182,000 and 97,000, respectively. Job growth also occurred month-over-month in truck transportation (+13,000).

At the time of writing, the most current data available is October. The unemployment rates were lower in 37 states and the District of Columbia, higher in eight states and stable in five states, according to the U.S. Bureau of Labor Statistics. (For comparison, last month’s reporting noted unemployment rates were lower during September in 30 states, higher in eight states and stable in 12 states—including the District of Columbia). Forty-seven states and the District had jobless rate increases from a year earlier and three states reported little or no change. 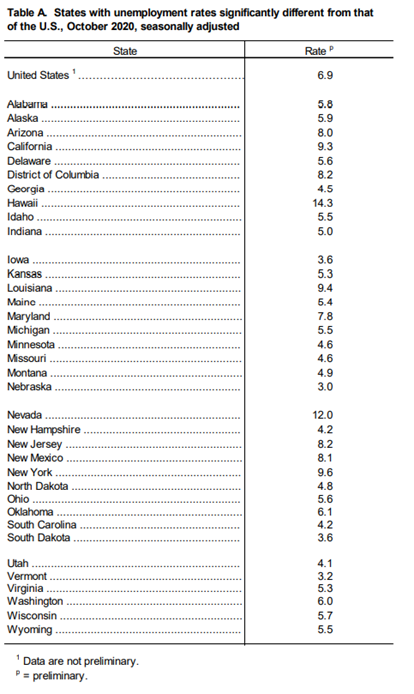 Hawaii reported the highest unemployment rate at 14.3 percent, followed by Nevada at 12%.

Nebraska and Vermont boasted the lowest rates at 3% and 3.2%, respectively. In total, 26 states had jobless rates lower than the U.S. figure of 6.9%, while nine states and the District of Columbia posted higher rates. Fifteen states had rates that were not appreciably different from that of the nation.

Nonfarm payroll employment increased in 32 states, decreased in two states and was essentially unchanged in 16 states, including the District of Columbia.