Total new-vehicle sales weakened in November, with three fewer selling days compared to last year. The SAAR registered at 15.6 million, a notable decrease compared to 16.3 million in October and 17 million a year ago, according to Cox Automotive.

New light-vehicle sales fell to approximately 1.21 million units—a decline of 11% month-over-month and 14.8% year-over-year; however, “SUVs and trucks are on pace to account for a combined 78% of retail sales compared with 74% a year ago,” according to J.D. Power.

Despite the dip in total new vehicle sales, “the overall automotive market sales pace does not appear to have fallen significantly in November and will likely end the year near our projected 14.3 million,” said Charlie Chesbrough, senior economist at Cox Automotive.

In November, 132,145 total fleet units were sold compared to 132,560 in October. Combined sales into large rental, commercial and government buyers were down 29% year-over-year. Cox Automotive estimates fleet sales are down 38% through November 2020, with retail sales down 12% and the overall new-vehicle market down 17% to date. 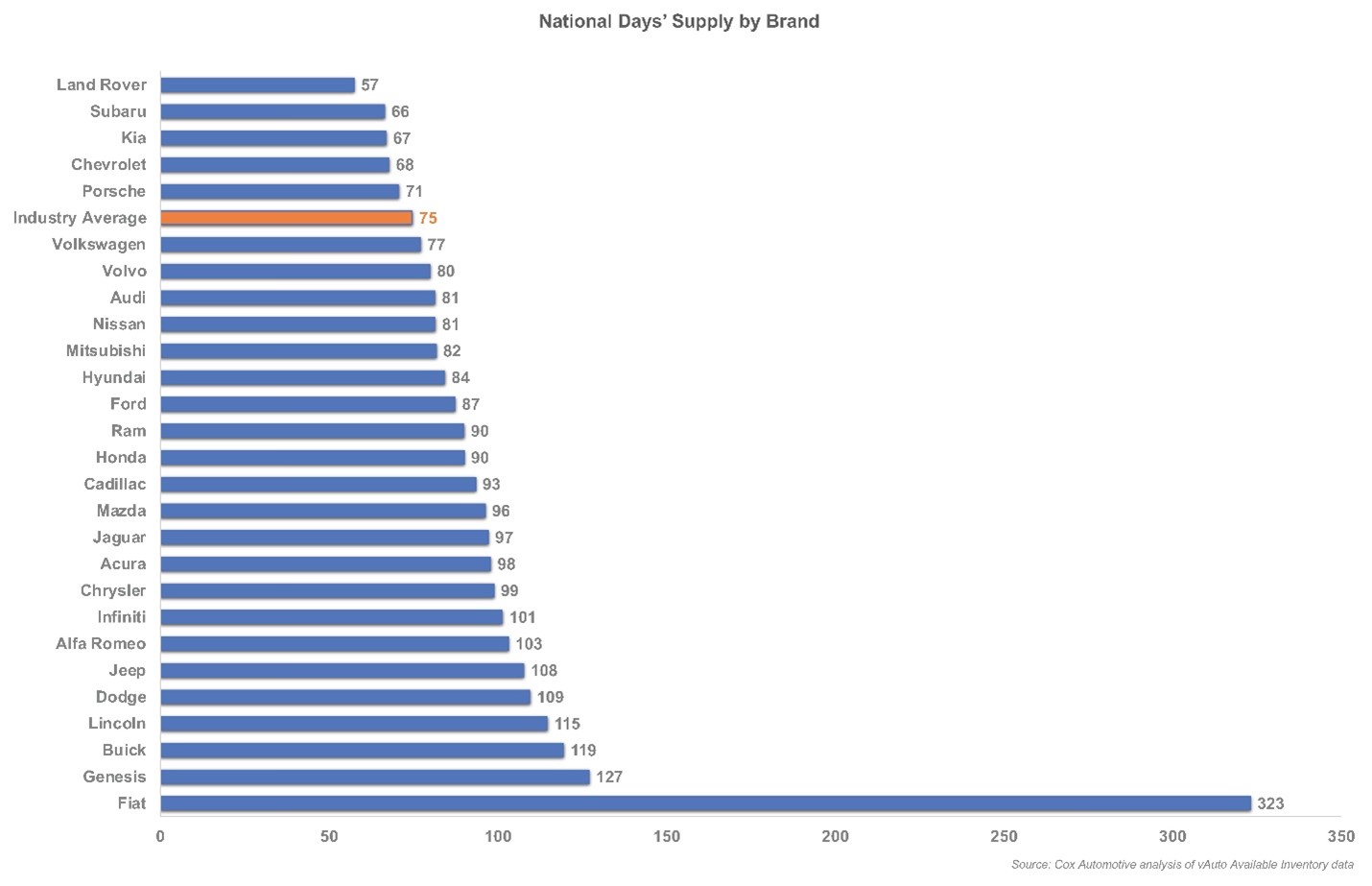 The total U.S. supply of available unsold new vehicles stood at 2.87 million as December opened. That is up from 2.67 million at the start of November but is well below last year’s 3.56 million vehicles. 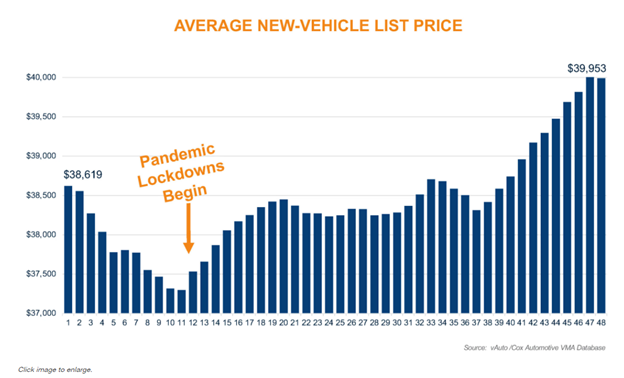 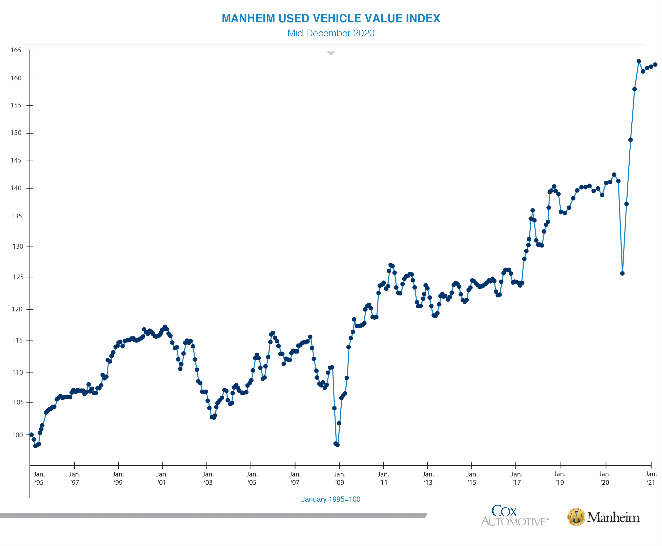 Like many (surprise) success stories during the pandemic, an unprecedented period of uncertainty and “existential crisis” presented a boom in the buying and selling of used vehicles, said Eric Rosenbaum, CNBC contributing writer.

Wholesale used vehicle prices (on a mix-, mileage- and seasonally adjusted basis) increased .4% during the first 15 days of December compared to November—bringing the mid-month Manheim Used Vehicle Value Index to 162.6, a 15.3% year-over-year increase.

“The increase observed thus far in December is primarily a reflection of mix shift, rather than seasonal adjustments as we had observed in the prior two months,” explained Manheim. “The reason the average prices increased in December is more expensive vehicles are being sold, especially pickups and SUVs. The first half of December also saw a notable increase in younger vehicles as the share of model year 2018s also grew substantially,” according to the company. 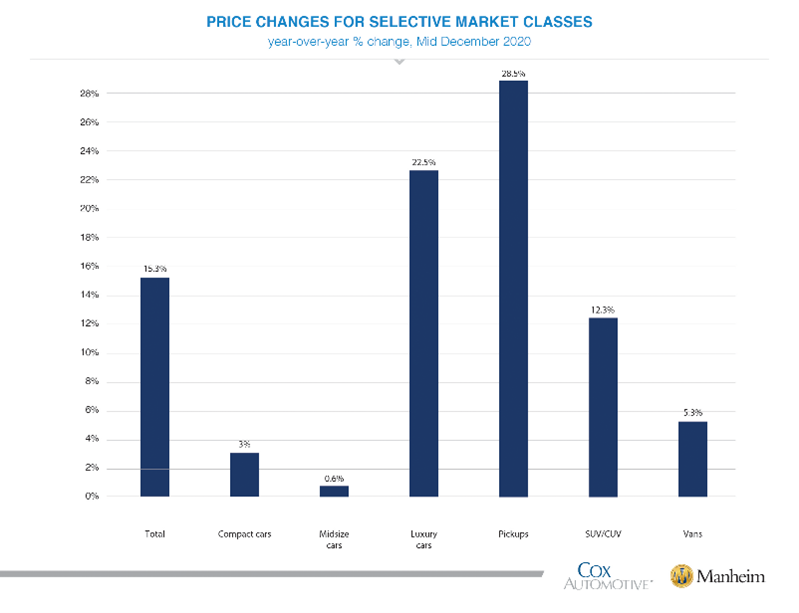 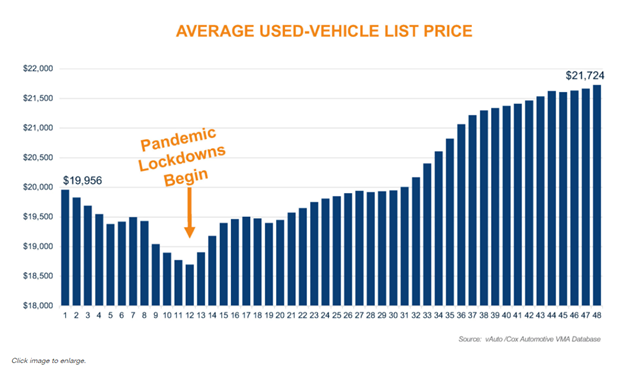 Used-vehicle list prices are up 8.8% since the beginning of the year.

The used retail SAAR takes the calculations a step further by only reporting used vehicles sold via a dealership (both franchised and independent), thereby removing private party sales from the equation. The November used retail SAAR estimate is 19.6 million, down from 20.7 million last year and down month over month from October’s 20.2 million rate. 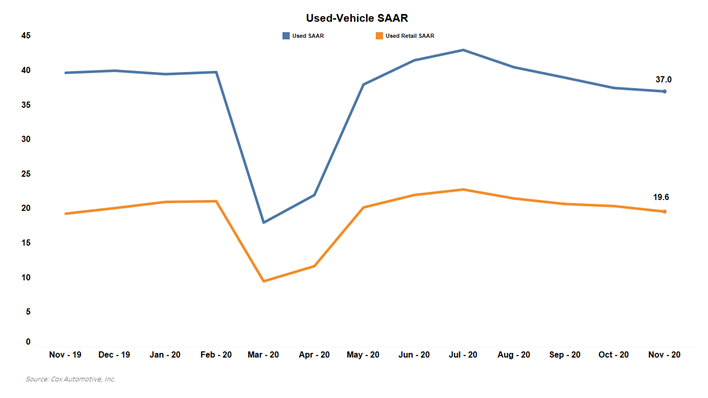 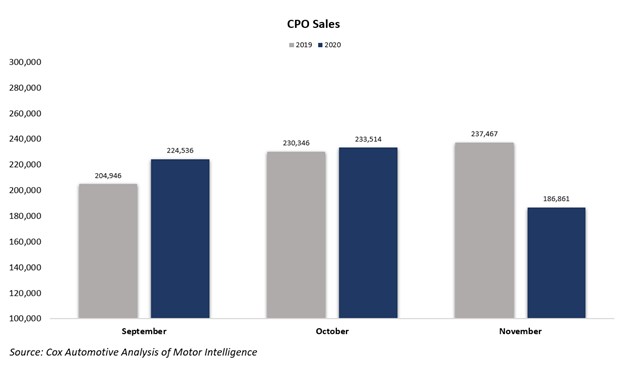