The Conference Board Consumer Confidence Index® decreased in July, following a significant decline in June. The Index now stands at 95.7 (1985=100), down 2.7 points from 98.4 in June. The Present Situation Index –based on consumers’ assessment of current business and labor market conditions – fell to 141.3 from 147.2 last month. The Expectations Index – based on consumers’ short-term outlook for income, business and labor market conditions – ticked down to 65.3 from 65.8.

“The decrease was driven primarily by a decline in the Present Situation Index – a sign growth has slowed at the start of Q3. The Expectations Index held relatively steady, but remained well below a reading of 80, suggesting recession risks persist. Concerns about inflation – rising gas and food prices, in particular – continued to weigh on consumers,” says Lynn Franco, senior director of economic indicators at The Conference Board.

As the Fed raises interest rates to rein in inflation, she says purchasing intentions for cars, homes and major appliances all pulled back further in July.

“Looking ahead, inflation and additional rate hikes are likely to continue posing strong headwinds for consumer spending and economic growth over the next six months,” Franco adds. 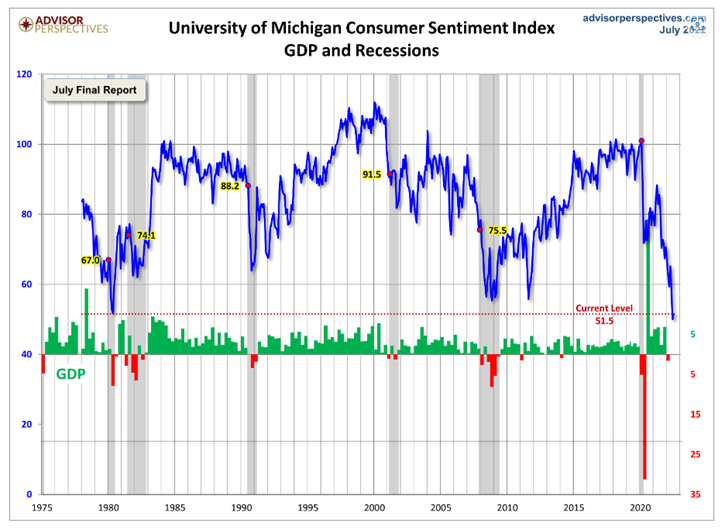 The chart evaluates the historical context for this index as a coincident indicator of the economy. Toward this end, Advisor Perspectives highlighted recessions and included GDP. To put the current report into larger historical context since its beginning in 1978, consumer sentiment is 35.6 percent below the average reading (arithmetic mean) and 34.8 percent below the geometric mean. The current index level is at the 0.7 percentile of the 536 monthly data points in this series. Note this indicator is somewhat volatile, with a three point absolute average monthly change. The latest data point saw a 3.6-point decrease from the previous month.

The Consumer Sentiment Index – a survey consisting of approximately 50 core questions covering consumers’ assessments of their personal financial situation, buying attitudes and overall economic conditions – increased slightly month-over-month to 55.1 from 51.5 but is down significantly year-over-year, according to the University of Michigan Survey of Consumers. Last month was the lowest reading on record, inclusive of consumers across income, age, education, geographic region, political affiliation, stockholding and homeownership status.

Important Takeaways from Survey of Consumers: 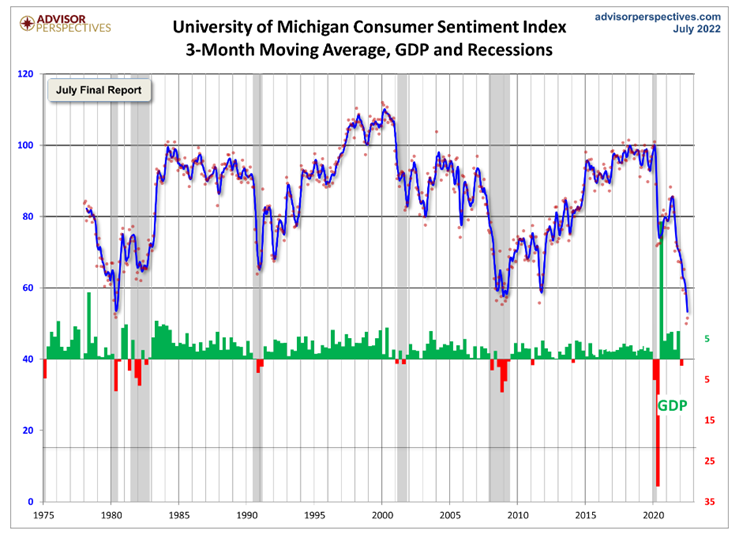 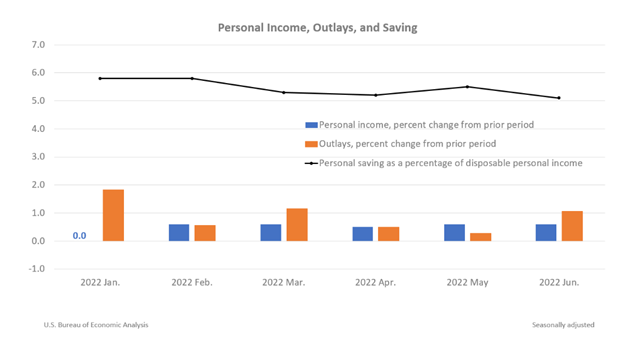 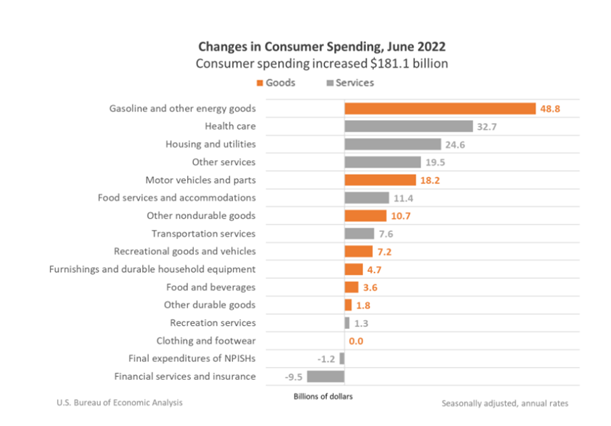