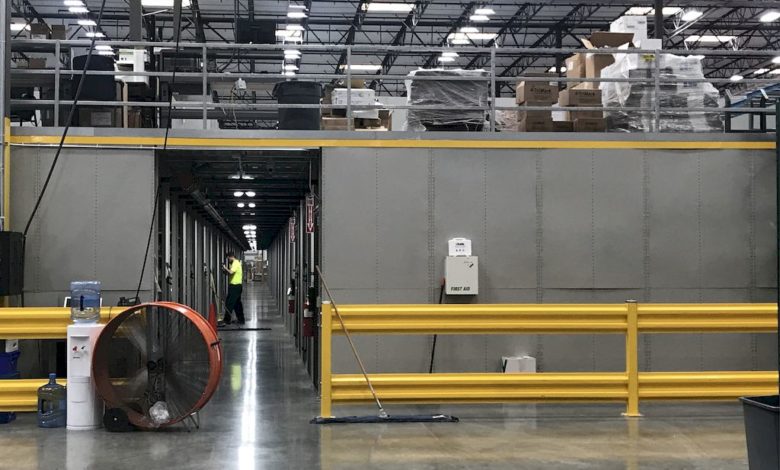 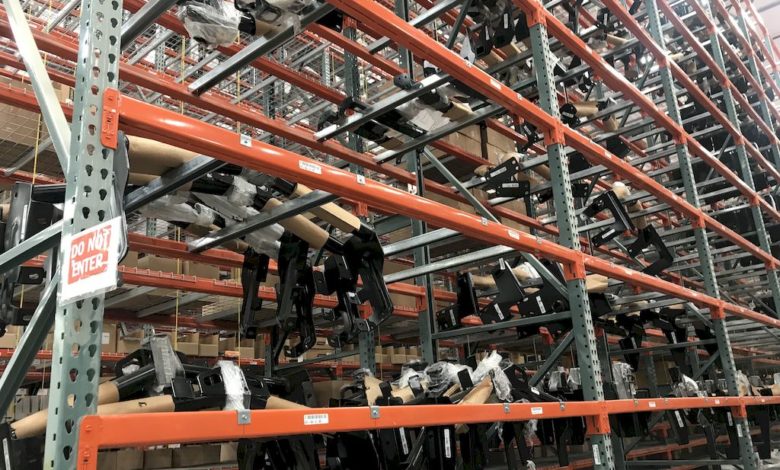 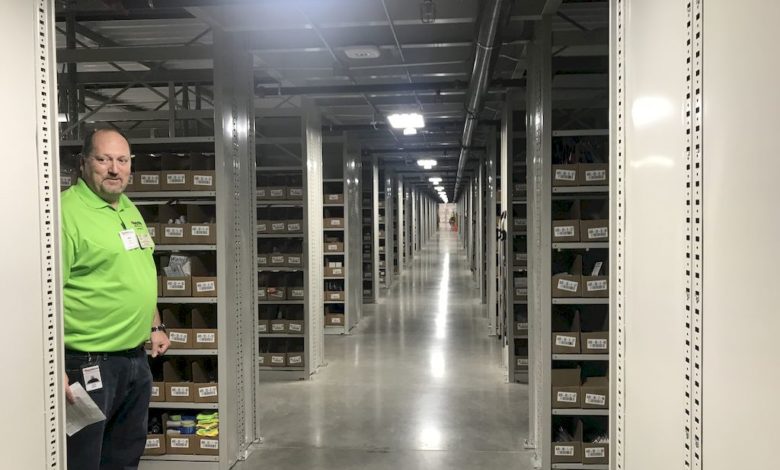 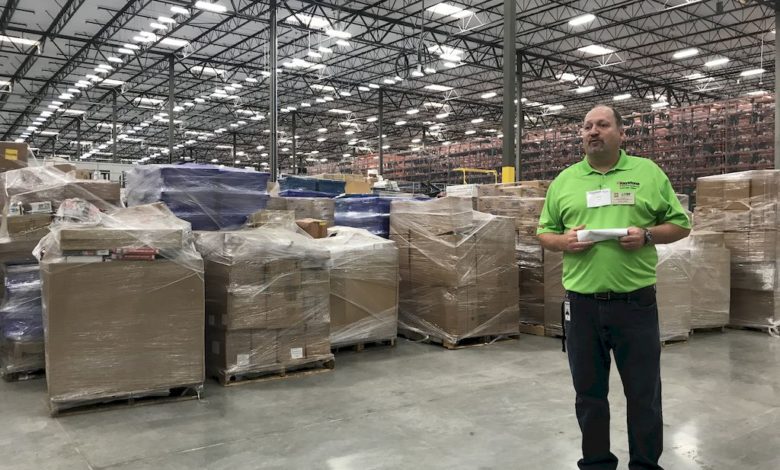 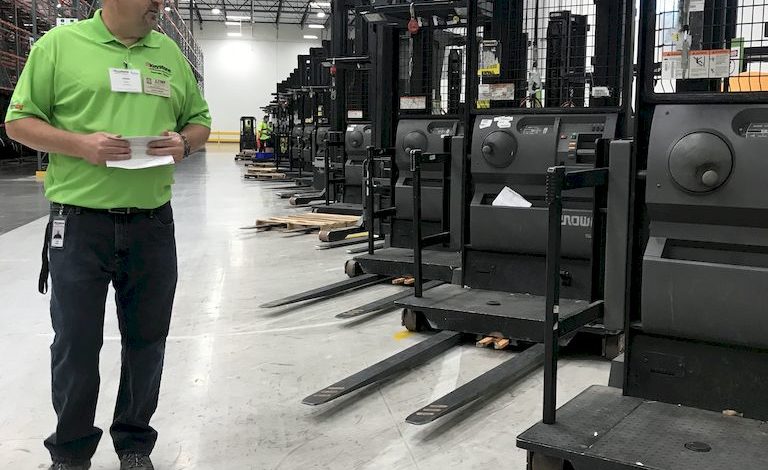 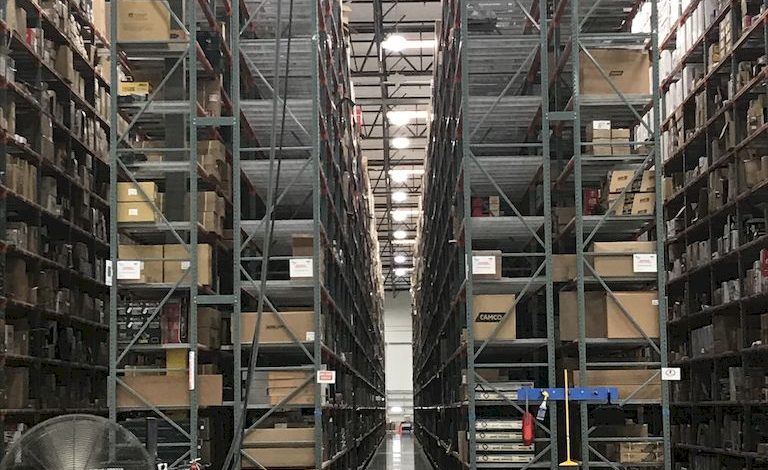 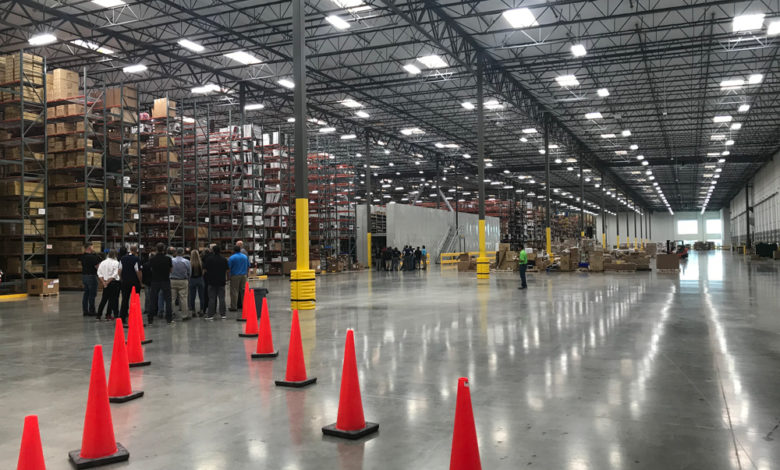 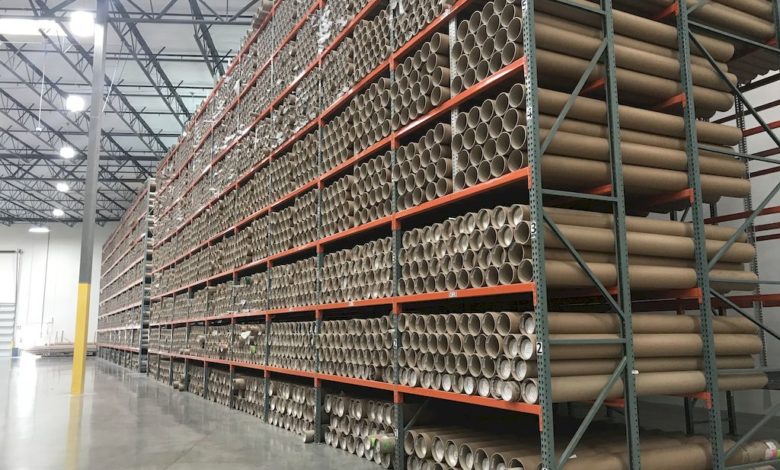 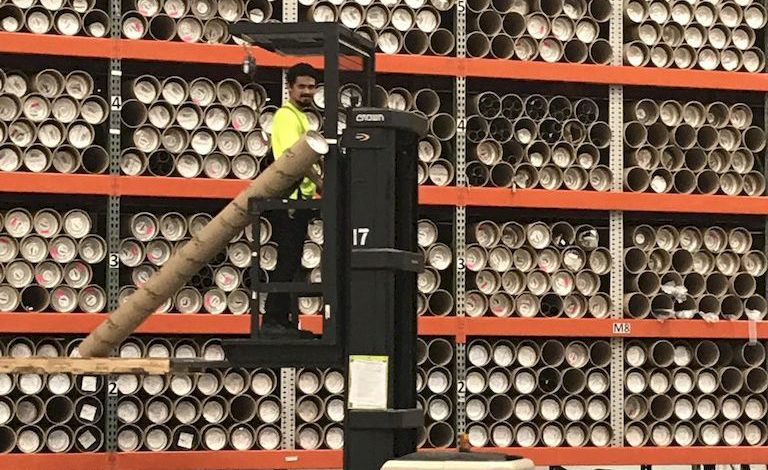 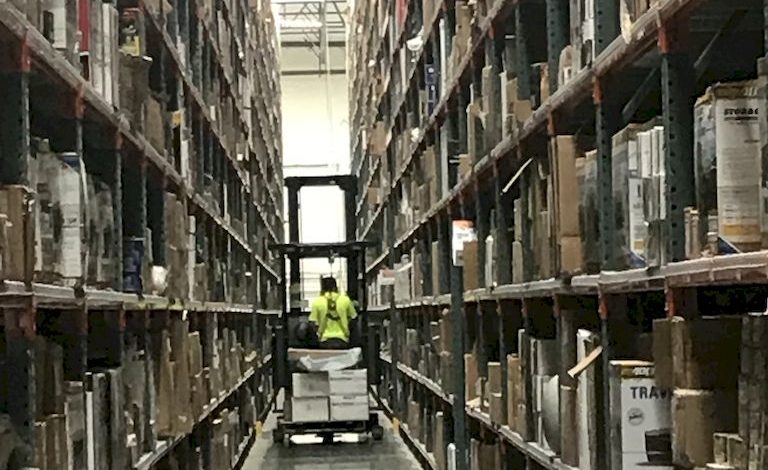 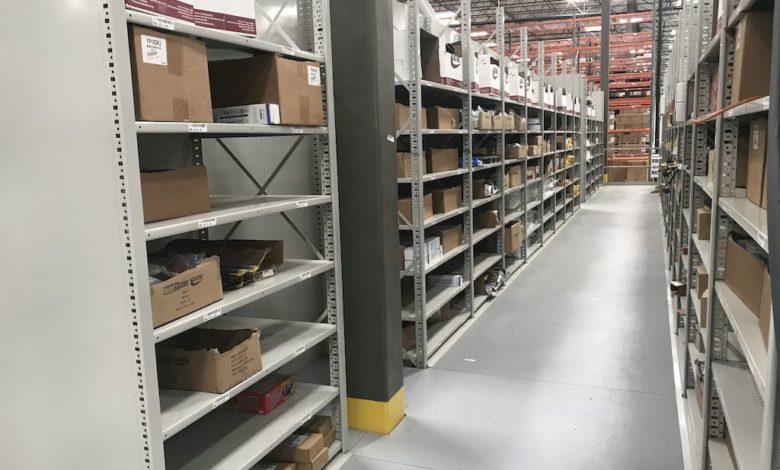 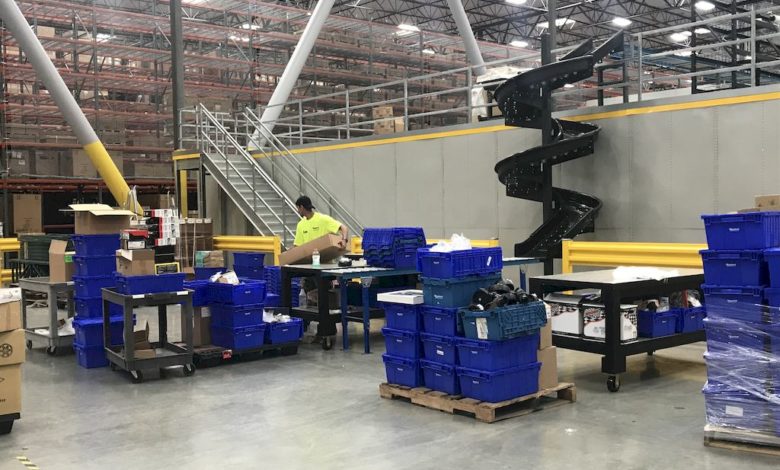 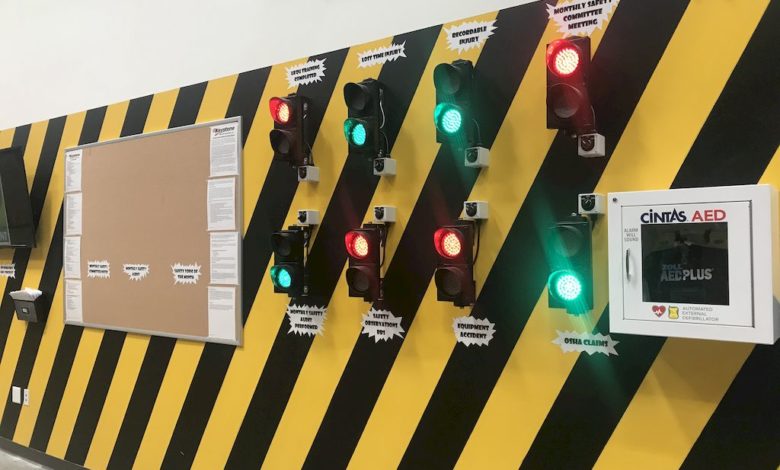 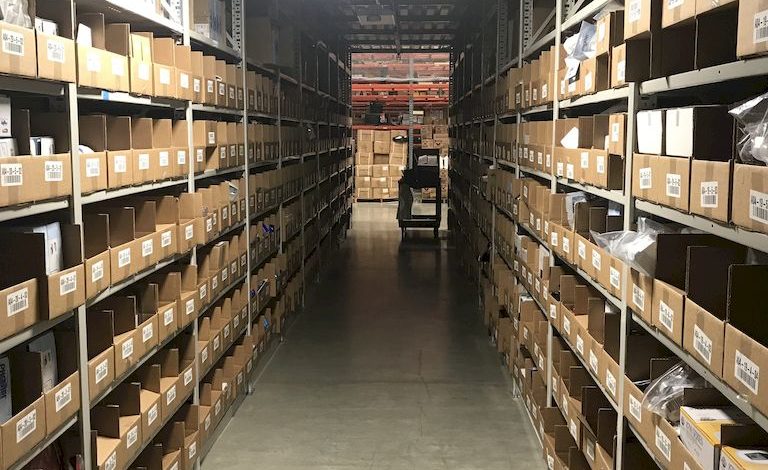 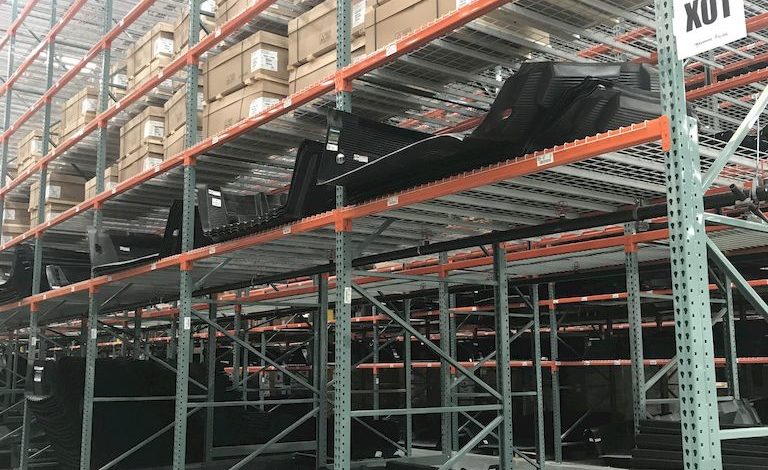 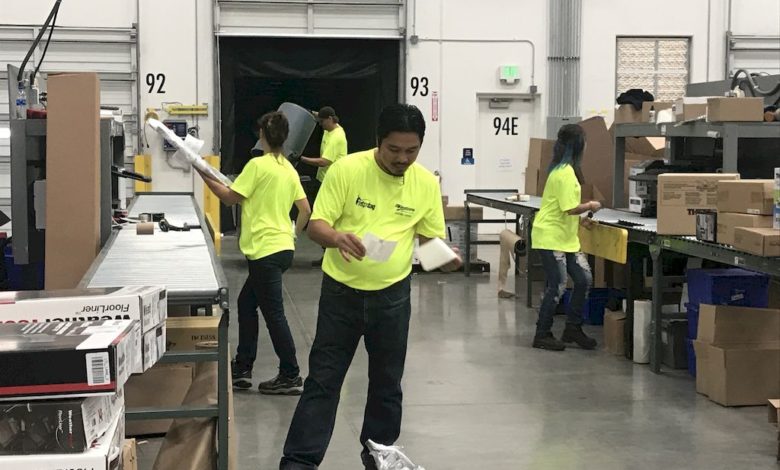 Keystone Automotive Operations has left Corona, California, for a larger and more efficient footprint found right up the highway.

For starters, the new facility has 80 dock doors—including 40 dedicated to just shipping and receiving—compared to the seven docks in Corona.

“We can pretty much take any trailer that comes at any time,” said John Grier, operational manager of LKQ. “We are receiving $750,000 (of product) per day inbound and $3 million per week into the property. That’s $18.5 million per month, which is about $1 million per day in run rate.”

Trailers can now park in a dock parallel to the same rack of products its slated to deliver, helping the shipping department save an hour-and-a-half of time. West Coast-area shops also stand to benefit from extended next-day shipping order hours.

“Most of the customers that are served on this fleet have cutoffs that are 5:30 p.m. or later for next-day delivery, so the hour-and-a-half that you picked up by the improvements that we made here,” said John Spaulding, director of communications and events. “Now (customers) can work clear through the end of their day and still order parts, which is huge.

“The idea of the building was to provide a broader deeper service to the customers,” Spaulding continued. “If we could break even on the cost, even better. But we’re able to reach further and later with more product than ever before; and that’s going to open up the different side of the equation with how we service our customer on the sales side.”

The company also has 25 docks built just for cube vans.

Being in Eastvale distances Keystone from a portion of Interstate 15 better known by traffic-beaten locals as the Corona Crawl. The company expects to boost its will call orders simply because the facility is easier to reach.

“Those who drive I-15 know they’re going to lose 45 minutes of their life,” said Grier while leading a tour of the Eastvale facility during an open house on Sept. 28. He added that the location is experimenting with loading its trucks at night to improve delivery times by up to 45 minutes.

“When you’re in Southern California, that’s important,” he said. “It means we get to the customer sooner. Customers always want to wait ’til the last minute to order their product, and want it first thing tomorrow morning. It’s a now world. This helps us fit that marketplace.”

Once a customer makes an order it creates a pick ticket. The Keystone shipping department drop the pick tickets by a physical zone designated in the warehouse. That’s when a small army of people known as pickers with barcode scan guns go out and pull the product.

Pickers are zone specific and work in just one to two aisles per day. The pickers run crown picker lifts that scale alongside the 30-foot racks. For added safety, the pickers are locked onto a wire that automatically guides along the shelves.

Inbound warehouse staff—14 in all—work from 6 a.m. to 2 p.m. to fill shelves with new product.

Other efficiencies and safety measures include motion sensor lighting throughout the facility, a battery charging station for more than 20 forklifts at one time, and a docking system that prevents trucks from pulling out of the shipping and receiving bays before the order is completed.

Keystone can’t yet monetarily quantify how much the new facility will save the company in efficiencies, but Grier predicts it will be at least a six-digit dollar total per year.

The concrete pad serving as the base for Keystone’s Eastvale distribution center was first laid last September, just 10 months before the company was able to move in. More than 150 employees staff the facility, spanning three shifts per day. The warehouse is Keystone’s second-largest distribution center, behind its 900,000 square-foot headquarter in Exeter, Pennsylvania.

More stats about the new facility: