The secret to the AGM design is special fiber glass mats (i.e. sponges) fitted between the lead plates that absorb and suspend stronger sulfuric acid, all contained within a compact, sealed case. This compact design delivers higher cranking amps and more reserve power without the danger of acid spillage. Well-known global AGM automotive battery brands include OptiMa and Odyssey.

For 25 years, TecMate has developed and manufactured professional and consumer battery chargers, battery testers and engine troubleshooting and tuning tools as well as CABLE, USB and LED accessories for the powersport and automotive industries.

TecMate offers these high-margin products to dealers and wholesale distributors and is backed by a MAP policy and OptiMate’s stable multistep reselling strategy that continues to gain partners and put money into their pockets. Visit tecmate.com for more information.

In recent years AGM has started to make its way into the automotive market as a stock battery, and with that, a growing problem of early failure due to a lack of proper charging and maintenance when the vehicle is stored.

Most think that AGM is just a lead-acid battery, so charging must be like any old lead-acid, right? Wrong! 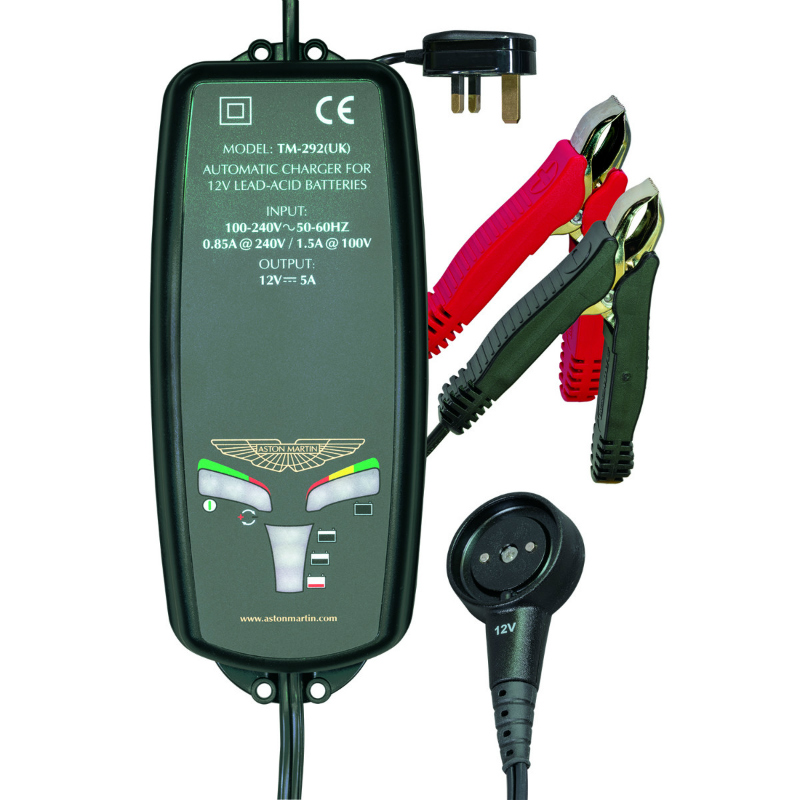 The typical first time AGM battery owner often wonders: “My AGM battery performed great for about six to 12 months after I bought it, then it lost power and seems no better than the standard battery I replaced. Why?”

But the right charger makes a difference. A premium battery needs a premium charger, just like a race car needs premium gas.

A lack of maintenance when a vehicle is stored is a general battery problem, but more so for AGM. Unfortunately, that prevailing fear of overcharging the battery–acid boiling out and damaging everything it comes into touch with–still has many vehicle owners reluctant to leave a battery maintainer-charger hooked up to their battery, a mistake for AGM.

Overcharging is not an AGM problem. The sealed design includes a recombination chamber (per cell or shared) where hydrogen gas condenses within and then re-absorbs into the mats. Even if grossly overcharged and gas is released through the safety pressure valve, liquid acid does not escape the battery.

Undercharging is the real AGM killer. Lead-sulfate generated during discharge is concentrated between plates and mats. If not recharged soon enough that lead-sulfate quickly crystalizes and forms a resistive barrier. If not maintained at 100%, any unconverted lead-sulfate will crystalize and slowly build up until a point is reached that the AGM battery suddenly dies. 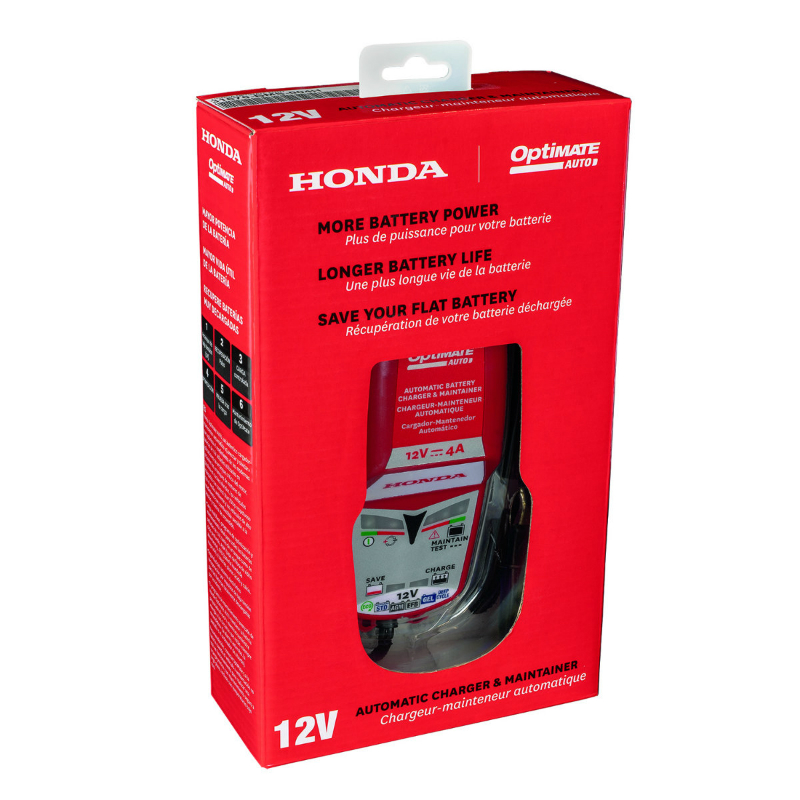 But this isn’t a new problem. When AGM batteries were first introduced into the motorcycles by Honda in the 90s, the failure rate was horrendous–up to 40% initially.

OptiMate’s AGM charging algorithm solved the powersport AGM problem for Honda and other motorcycle OEMs 25 years ago, allowing AGM to become the dominant battery in powersport. Their solution included a professional activation and charging system for powersport dealers, followed by the OptiMate battery saving charger-maintainer for the vehicle owner, specifically designed for AGM batteries.

Now OptiMate is ready to help save automotive AGM batteries and make them last longer and perform stronger.

The fully automatic OptiMate 6 (5 Amp) and OptiMate 7 (10 Amp) automotive models recover flat batteries from as low as 0.5 Volts, then deliver temperature compensated Ampmatic charging that adapt charge rate to battery condition. Even a weakened AGM battery will be brought back to full charge in a controlled manner.

OptiMate’s absorption and cell balancing mode delivers a slow variable pulse that forces the same current through every cell, ensuring each cell is brought to full charge quicker. OptiMate tests the battery and then delivers its unique 24-7 maintenance. A voltage of 13.6V plus a desulfation pulse is delivered for 30 minutes out of each hour and during the alternate 30 minutes the battery cools and acid settles. This formula eliminates loss of electrolyte and keeps that battery 100% charged and ready to perform–something eight international motorcycle OEMs, Aston Martin and Honda and Acura Canada can attest to.