*See detailed images in the gallery above

Chevrolet is expanding the performance envelope of the Colorado with the ZR2 AEV concept and ZR2 Race Development Truck. Revealed at the SEMA Show, the trucks demonstrate the capability of Colorado and its off-road performance variant, the Colorado ZR2, according to Chevy.

“Colorado has reignited the midsize segment with class-exclusive features and performance,” said Jim Campbell, U.S. vice president of truck strategy in performance vehicles and motorsports for Chevy. “Some customers want even greater capability, and the ZR2 AEV concept and ZR2 Race Development Truck showcase the efforts we’ve made to explore how owners can get even more from their trucks.”

The ZR2 Race Development Truck builds on the ZR2’s desert-running capability with a long-travel version of the stock truck’s DSSV shocks, according to Chevy. These are tuned for high-speed off-road use, adding unique parts validated by Chevy Performance Engineering and off-road racer Chad Hall in the Best in the Desert racing series:

Colorado celebrates its three-year anniversary this month, with more than 250,000 sales in 36 months, according to Chevy. 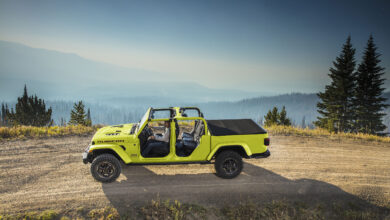