Any time an economy experiences the type of upheaval that the American economy has in recent years, impacts will be felt far and wide. That’s especially true in the automotive aftermarket when speaking of products generally applied to the hardest-hit vehicle segments (pickups) and arguably the hardest-hit segment of consumers (commercial builders and tradesmen).

Knowing that, it’s hardly surprising that manufacturers and suppliers dealing in commercial or “contractor” racks have borne the brunt of the recent economic storm. A recent comment from Christopher Green, CEO and general manager for Madera, Calif.-based rack supplier, U.S. Rack Inc., supports that reality.

“U.S. Rack specializes in the pickup truck market,” says Green. “Our experience has been that the market for work truck racks used by construction-related trades has dropped dramatically since 2008.”

The answer to the problem? Shift the company’s focus to rely more heavily on the stronger consumer or “lifestyle” rack products, like those used for recreational activities like skiing, snowboarding, surfing, canoeing and kayaking. For Green, that shift has been instrumental in the company staying strong while other commercial-only rack suppliers have faltered.

“The sport rack market has continued to be strong and has become an increasingly large portion of our business,” he says. “We have responded [to decreasing sales of commercial racks] by continuing to develop and manufacture specialty racks that zero in primarily on the needs of upscale professionals who need to transport their toys to the water.”

That focus on consumer rack systems is one that is echoed by other suppliers within the industry. According to Karl Weidemann of Seymour, Conn.-based Thule, which focuses solely on consumer rack products, the downtown has even boosted sales in some ways.

“People are still trending to downsize their vehicles and are still looking for ways to carry everything they need,” he says. “With a rack system they can add carriers to carry many different types of products.”

Dan Epting of Perrycraft, Winston-Salem. N.C., says he doesn’t expect much improvement to the overall economy for the next 12-15 months, and thus doesn’t see much potential for growth in sales of products targeted to sports enthusiasts. That goes the same for another segment within that market: consumers concerned more with the aesthetic benefits of a rack system as opposed to versatile functionality.

Even for those appearance-oriented consumers, however, Epting sees little hope for substantial growth in the near future: “Until the larger economic picture starts to turn around, we expect the market to stay relatively level.”

Keith Watson of Winfield, Kan.-based Husky Liners is among those who believe – and hope – the worst of the economic storm is over. During the downturn, which impacted sales of Husky Liners’ truck protector, or “headache” rack, Husky Liners shifted its focus to its other lines of products, including its floor and cargo area liners. Now, things seem to be looking up, he says.

“Where we’re at now is great; last year was great,” he says. “Things did turn down and we’ve compensated for that with new products for vehicles that people will buy when they’re aware of gas prices.”

New Products for a new Time

Beyond merely focusing on other, stronger market segments, Watson notes that the type of products and materials being used for commercial rack applications is changing, as well. After all, in a challenging market, consumer preferences can change substantially, which then drives developments in product styles and materials.

To meet these desires, Husky Liners has shifted away from the anodized aluminum it had used for its headache racks to a more attractive and environmentally sensitive and durable powder coating.

“Even though these products are tougher now, they look a little less utilitarian,” he says. “And that’s important to customers today, now more than ever. Even for trucks that are used primarily for work, if someone is taking them out at night or on the weekend at all, they want that vehicle to look good.”

Product innovations certainly aren’t limited to the commercial rack market. If many cases, creators and suppliers of consumer racks are even more progressive in creating new styles and features. For Thule’s Weidemann, a focus on functionality and ease of use are among the top concerns.

“Right now we are working to make our products quieter and faster to install and remove,” he says.

To address these challenges, Thule has launched a new aerodynamic load bar, called the AeroBlade, which Wiedemann notes significantly reduces wind noise, and a new Speed-Link system to facilitate faster installation and removal of rack accessories. “We launched it at Outdoor Retailer [show] this year and it has been selling very well.”

Ease of use is also a primary concern for U.S. Rack’s Green. Under his direction, the company has launched a line of racks that utilize an integrated clamping system to allow for installation without drilling holes into the truck bed. This allows the rack to more easily be installed and, importantly, removed quickly.

“Many customers don’t want to drive around with a heavy and bulky rack on their truck all the time,” he says, also noting that clamping systems eliminate another common customer complaint. “-¦customers who are now paying $20,000-plus for a new truck do not want to start drilling holes in their truck bedrails right away.”

Perrycraft’s Epting points out that business fundamentals always prevail, especially in a tough economy. Case in point: If you find a void in the market, fill it. For Perrycraft, that means taking advantage of the many new vehicles leaving the factory with OEM roof rails but without load bars or accessories.

For these vehicles, the company offers “gripper” bars that can easily attach to or remove from most OEM roof rails as needed.

“This segment of our product line has shown good growth over the past several years,” he says. “We anticipate that growth to continue going forward.”

Beyond just improving the racks themselves, sources tell Restyling that providing a wide range of accessories appropriate for each application and add-ons like rack locks, load straps and rack-mounted carriers is equally important.

For retailers operating in today’s economy, rack and accessory suppliers in both the commercial and consumer rack market suggest that retailers focus more than ever on a consultative approach with customers. By asking more questions about the customers’ use of racks and accessories, retailers can better ascertain the right rack for a given customer’s needs.

Those questions include the obvious, like the vehicle the rack will fit on and what the customer most often will carry, says Thule’s Karl Weidemann, but it also extends deeper into the customer’s specific needs.

“If they want to carry bikes, for instance, we offer them choices from roof, hitch or strap, as we make products for each,” he says. “By taking the time to find out what the consumer wants, the retailer can increase the opportunity to close the sale.”

“Above all, listen to the customer carefully to determine what their primary and secondary uses of the rack are likely to be,” he says. “Don’t sell them more rack than they need. Customers carrying canoes, kayaks or ladders in most cases don’t need an overhead ladder rack designed to carry 1,000 pounds.”

Perrycraft’s Dan Epting notes that when considering function and aesthetics, it is a retailers’ responsibility to make sure that a rack application is suitable for a customer’s use and not just their desire for an attractive rack.

“Roof rack load rating and the functionality to handle the intended load type must always take precedent over aesthetics/eye appeal,” he says. “That is not to say that looks and function have to necessarily be mutually exclusive of each other, only that function and capability must always be the paramount consideration when determining what type roof rack to recommend for a given situation.”

Beyond issues of aesthetics and functionality, Epting suggests retailers also know how regional differences across the country dictate what products are purchased at what times. A retailer in the Inter-Mountain West will obviously stock and sell a great deal more ski and snowboard accessories than one in the Southeast. But what about accessories for bike or kayak carriers?

To answer that, Epting has a fool-proof suggestion: Ask the right questions and know what your customers want most.

Those are certainly words to live by as a retailer, regardless of where your shop is located. 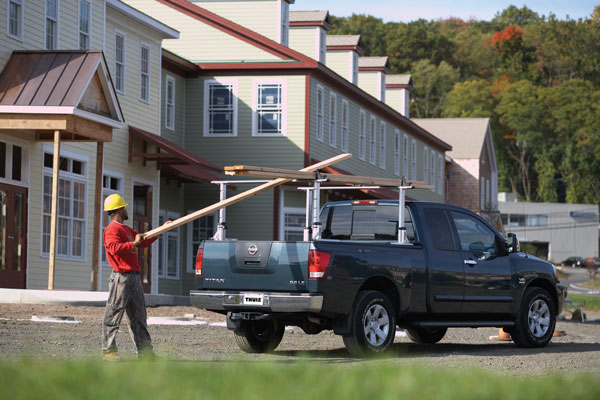 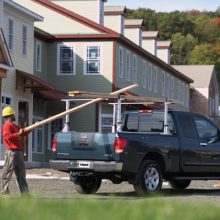 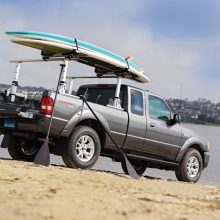 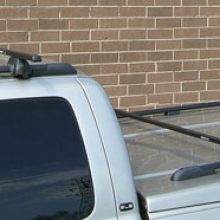 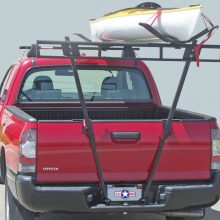 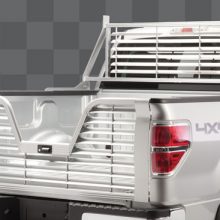 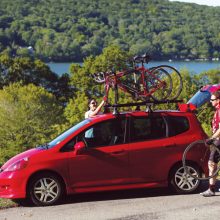 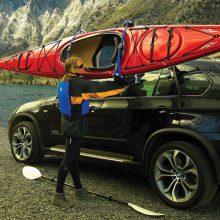