The story of Blackdog Speed Shop starts with a puppy named Jerry. A cute black lab was given to Tony Gaples as a gift after he completed racing school in 2002.

An avid car enthusiast and Chevrolet muscle car fan, Gaples spent his early years testing his speed chops on the suburban streets around Chicago until he answered the call to take his race driving talents to the track. Racing school was the logical next step and once that was completed, Gaples started to get serious about his passion for speed.

He formed a business enterprise and a speed shop was created, but the place still needed a name. One look at Jerry the Black Lab, a mainstay at the shop, sealed the deal: Blackdog Speed Shop was launched.

Jerry is gone now, but his namesake has grown form a once-fledgling business spanning 2,800-square-feet to a multi-million-dollar enterprise with three divisions, two GT4 race teams and a huge display case filled with trophies.

In fact, Blackdog Speed Shop, with Gaples behind the wheel, is the most successful team in GTS/GT4 competition in the Pirelli World Challenge series with 25 victories, two team championships and four driver championships going into this past weekend’s Acura Grand Prix of Long Beach races.

From GM to McLaren

This year, the Blackdog racing team is driving two McLaren 570S cars in the GT4 in the GT4 America Sprint competition, part of the Blancpain GT World Challenge of America. The new equipment is a departure for the shop, having raced General Motors race cars since Jerry’s days, 16 years ago. Gaples is also being joined by Tony Cooper, an official factory driver for McLaren.

“We were in Corvettes until about 2013 and then switched over to Camaro,” said Blackdog Vice President Ray Sorenson, who also serves as manager of the race team. “Then at the later end of last year we went to look for some other direction in the GT4 category and we ended up going with McLaren.”

Racing a pair of British-built cars presents Blackdog with new challenges that weren’t an issue when working with domestic brands, especially one as prevalent as Chevrolet.

“It’s one of those things that you have to learn a little bit how to plan ahead for some things,” Sorenson said, adding that McLaren is planning to have a stateside presence in the near future. “Damaging a McLaren is a lot different than damaging a Camaro or Corvette. It’s a whole different process and potential problems, a whole new learning experience. So far we’re happy with how it’s going.”

On the business side of things, specializing in McLaren adds a new demographic to the speed shop clientele.

“It certainly expands our footprint overall from your basic Mustangs, Camaros, Corvettes and hot rods,” he said. “It gives us another avenue. You get interest from different demographics when you switch over to something like McLaren.”

While the racing arm of Blackdog is the high-profile side of the business, the other two Blackdog divisions-the speed shop and sales departments-are also rolling along at breakneck speed.

In summer of 2018, the entire operation moved out of its 18,500-square-ft. shop in Lake Bluff, Il., into an ultra-modern 58,000-square foot facility in Lincolnshire, a northern suburb of Chicago, in order to handle all the aspects of the business under one roof.

The speed shop offers complete car builds, dyno tuning, engine swap and upgrades, fabrication services, maintenance, and suspension. Under the direction of Gaples and Sorenson, Blackdog Speed Shop now employs 16 people, runs two GT4 race cars, features a complete high-tech machine shop and a large sales showroom glistening with shiny hot rod customs and classics. “We really were out of space at the last facility,” Sorenson said, “because racing takes up about half of that space and the remaining space was not really big enough to make a push for speed shop to be survivable.”

The setup of the new facility is impressive and clean. Sorenson said it’s modeled after the racing team with tools and parts in specific places so they can be utilized quickly and efficiently, which is everything when it comes to world-class racing.

“Things look clean and organized,” Sorenson said. “We kind of spread the race team into the speed shop by using that same philosophy. Keep it clean and organized and have the ability to have a workspace where you are able to put parts and pieces away and make it look professional. The way you arrange the space can be very advantageous to making it look professional and also the functionality is improved.”

In fact, the facility is so clean that Blackdog is eager to open up the shop to local car clubs and community groups and Sorenson hopes to host two open houses per year to invite the public into see the current projects. The facility features 10 lifts, a full machine shop, clean room, and plenty of space for the race team’s pair of tractor-trailer rigs.

The centerpiece of the new floor plan is a sound deadening room built around the in-house dynamometer. Built by Sound Barriers, the 40-decibel box keeps life in the shop a little easier to handle when a car is on the dyno.

“In the olden days our dyno was just out on the floor in the middle of the shop so if you were on the phone in the office, you’d have to say ‘hang on a second they’re making a pull,'” Sorenson said. “With the sound deadening room you can have a street car with regular mufflers on it and stand right outside the doors when it’s running at full speed and still have a conversation or listen to the radio. Of course, with a full header car you can hear everywhere in the shop. But this makes life a lot more functional.”

It’s also a cool thing to show off to the public, or groups that come tour the Blackdog Speed Shop facility. Recently the shop had a visit from a group of students from the British International School of Chicago who are in a program called F1 in Schools, where students in Science, Technology, Engineering and Maths (STEM) design, build and race miniature Formula One cars with compressed air propulsion against teams worldwide.

“It’s like pinewood derby cars on steroids,” Sorenson said. “They have to create their own team name, their own shirts and branding, and they have to go out and find sponsorships to help run the program and compete with other teams across the country. They were very interested in aerodynamics because that plays into their program a lot.”

Engaging youth in the automotive industry is one of today’s top challenges for shop’s like Blackdog, Sorenseon said.

“It’s important getting kids involved in everything we do,” he said. “It used to a popular phrase to take a kid to a car show, but I kind of wish that you could take a kid to SEMA. What better way to get kids interested? There’s a lot of kids who are interested in racing, but I’m not sure where the avenue is to get kids interested in engineering and into the big manufactures. We need to bridge that gap to get an active push in those areas.”

The classic car showroom is the latest of Blackdog’s three-legged business plan. Just launched in the past year, the sales floor currently has one salesman and can house nearly a dozen vehicles for sale by Blackdog or on consignment.

“It’s something Tony has always wanted to do, but we never really had the space for it until we got into this building,” Sorenson said, adding that they’ve sold about 15 cars in the first six months.

Blackdog Speed Shop also offers rental and arrive and drive racing to enthusiasts who, for a price, want to test their meddle on the track in a real-life, fully prepped race car, complete with crew.

Little Jerry may be gone, but the business that bears his legacy is clearly sprinting forward at full throttle. 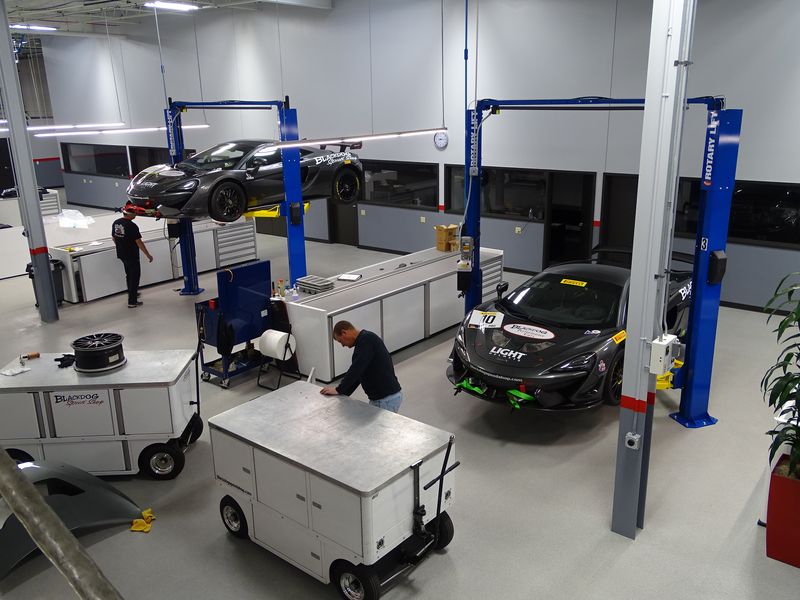 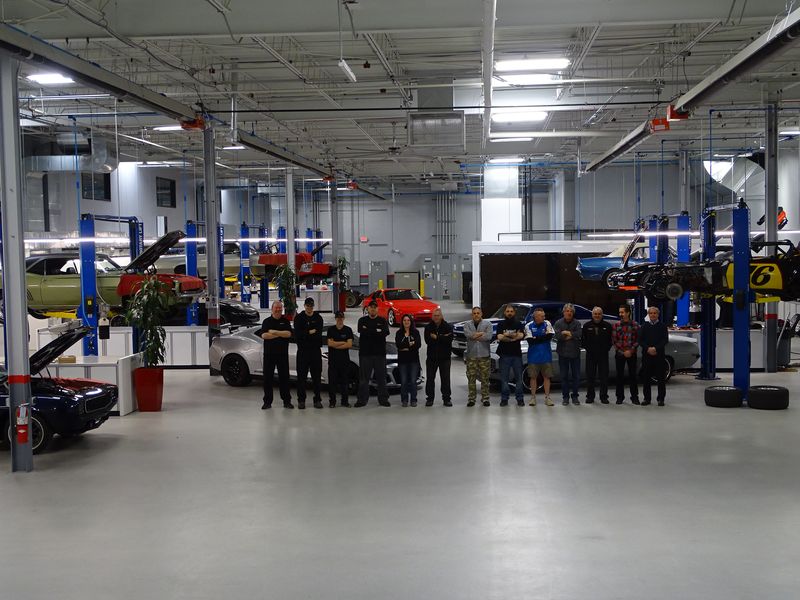 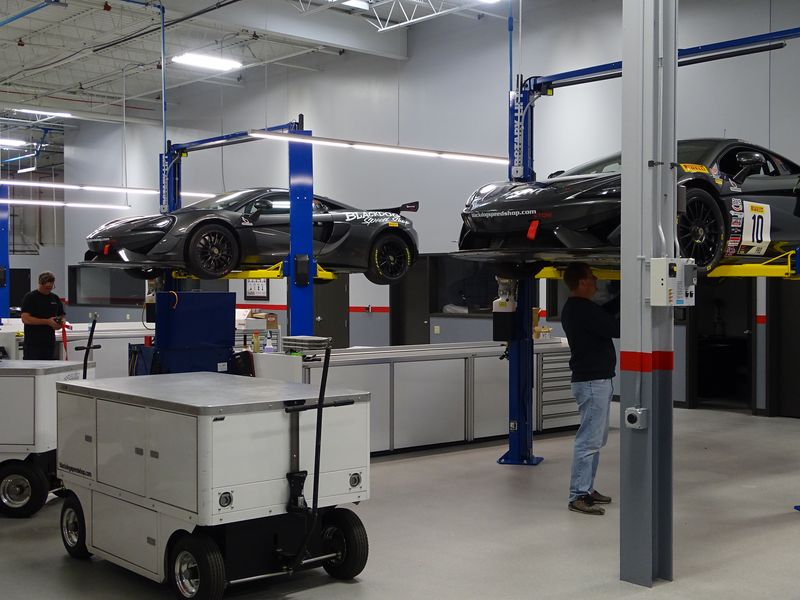 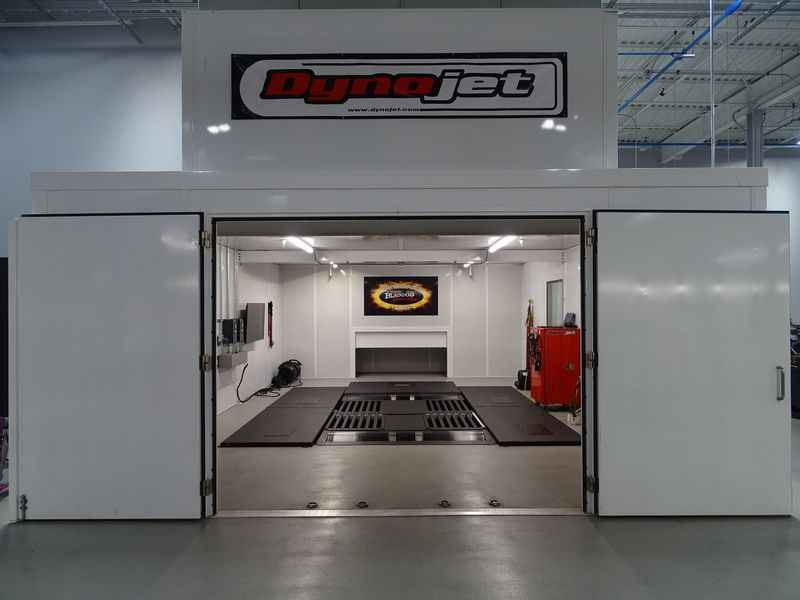 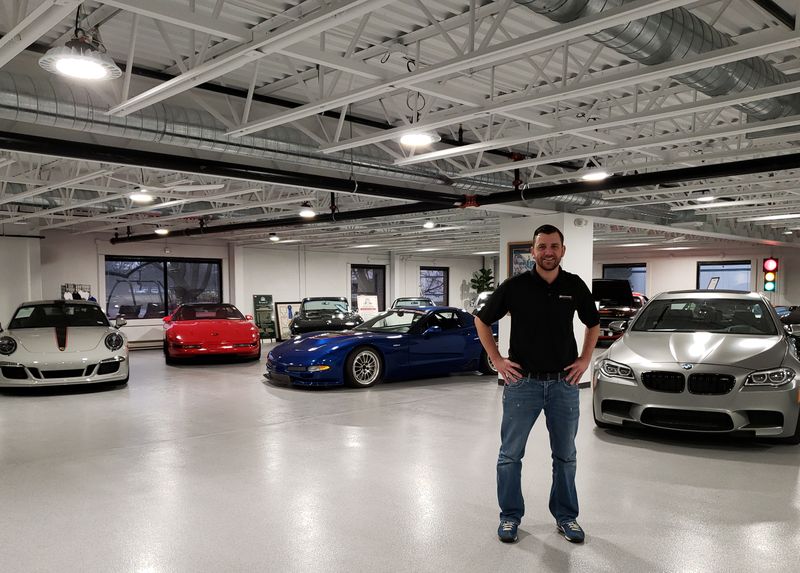 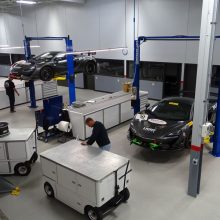 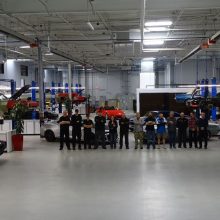 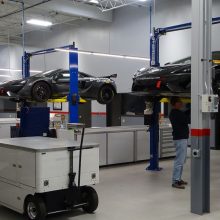 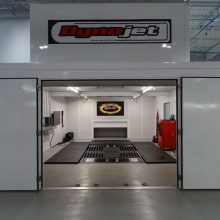 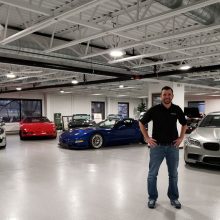 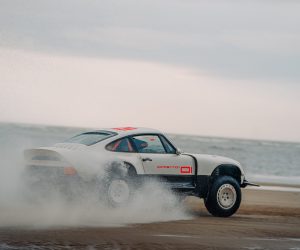 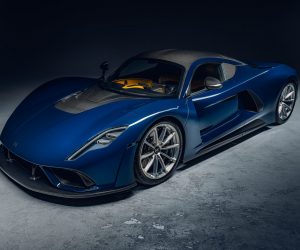 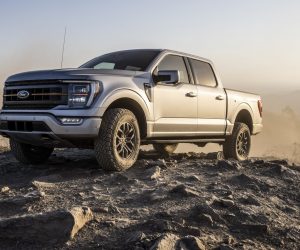