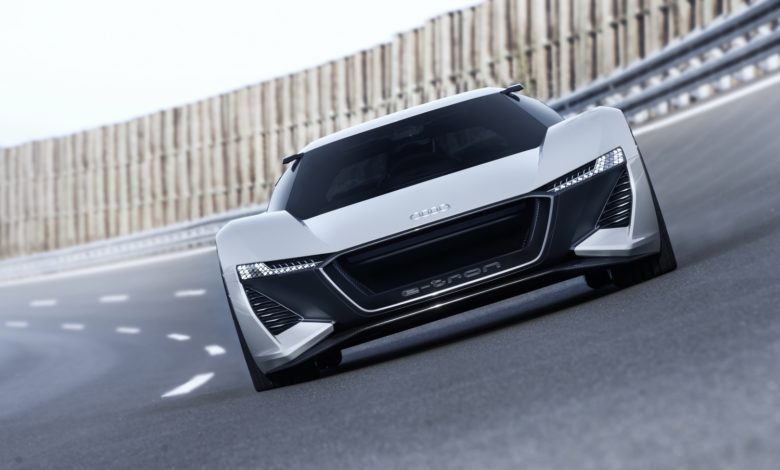 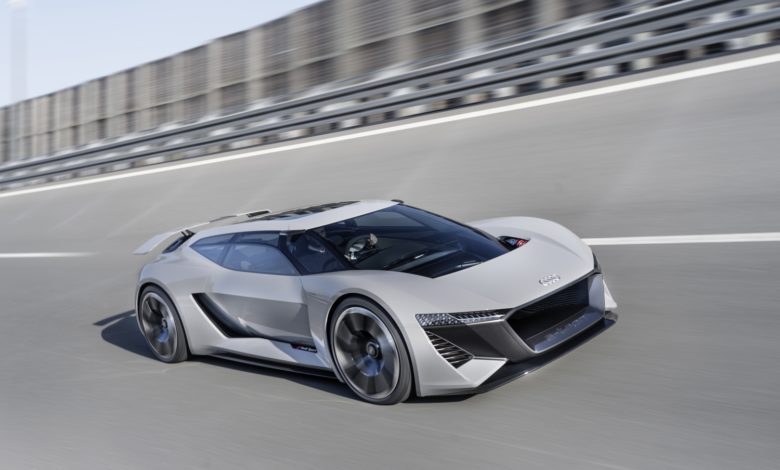 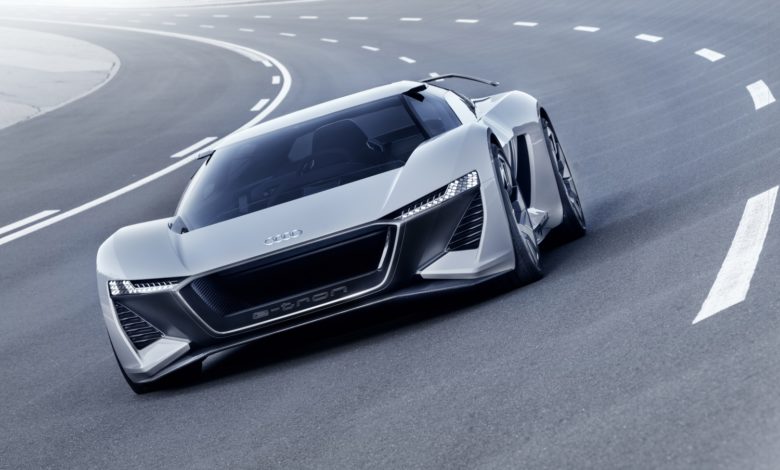 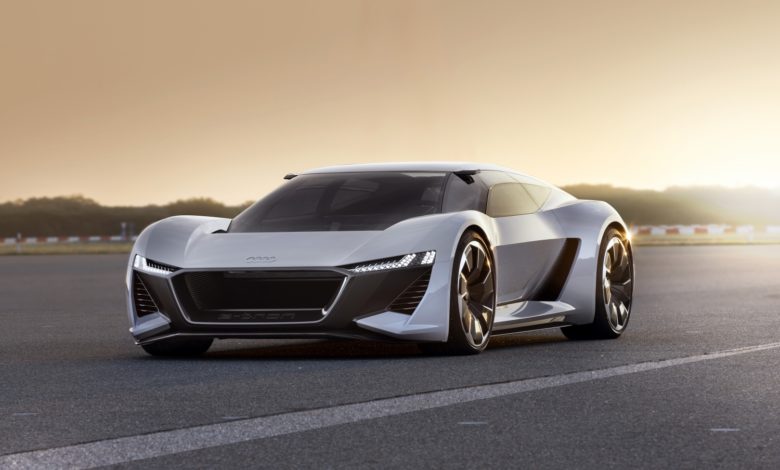 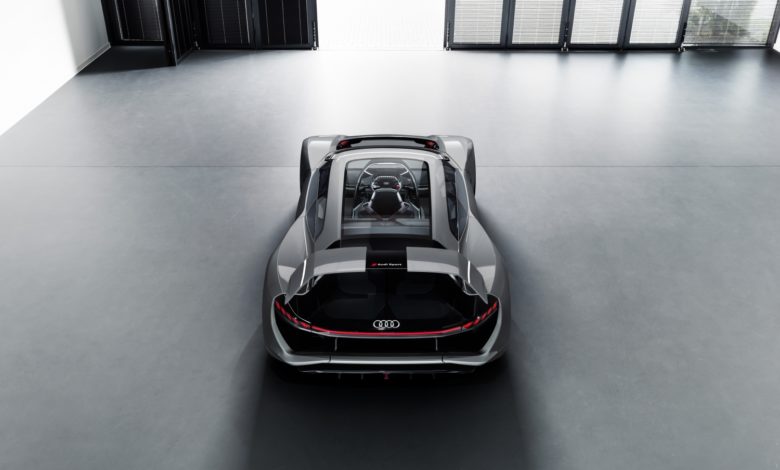 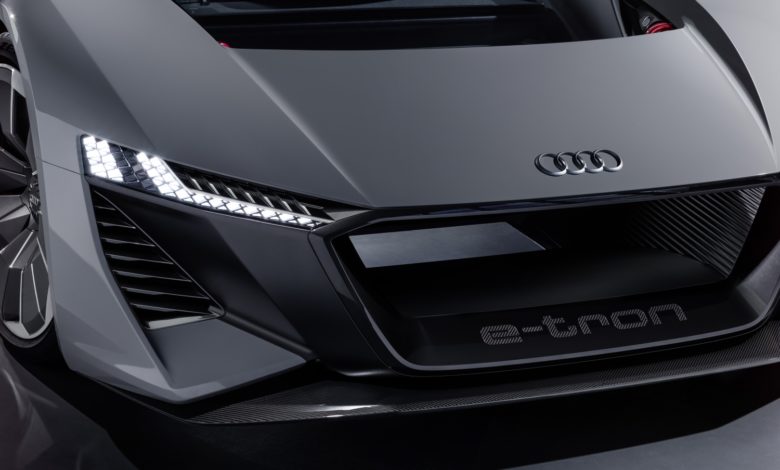 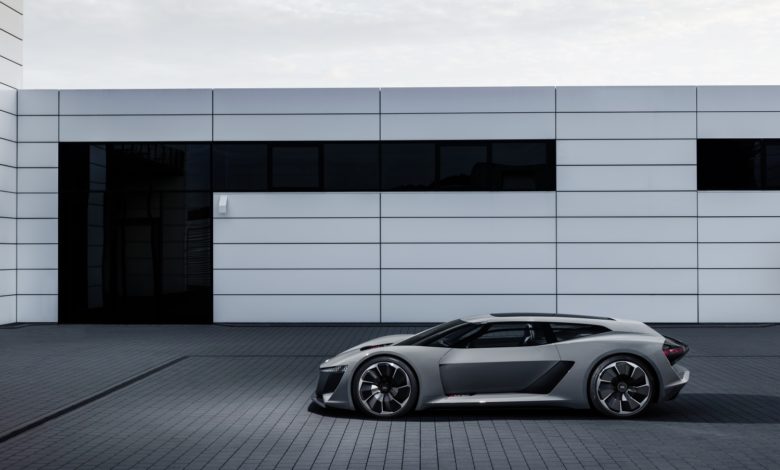 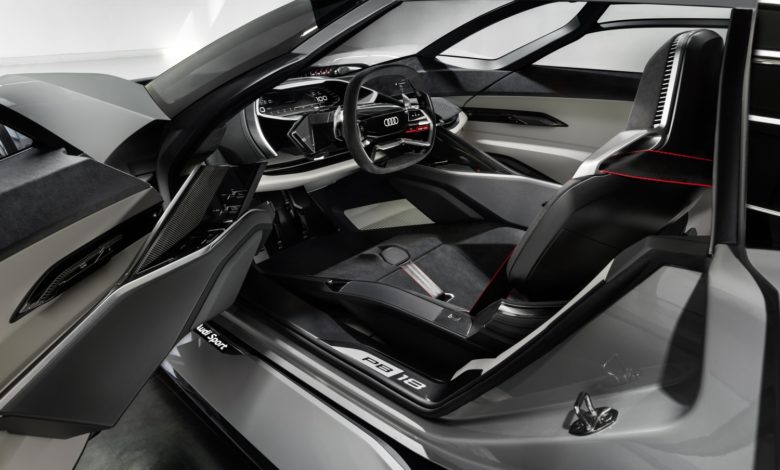 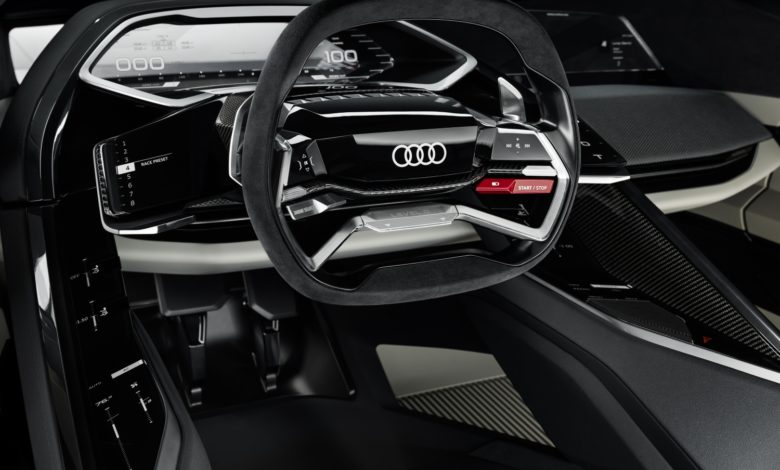 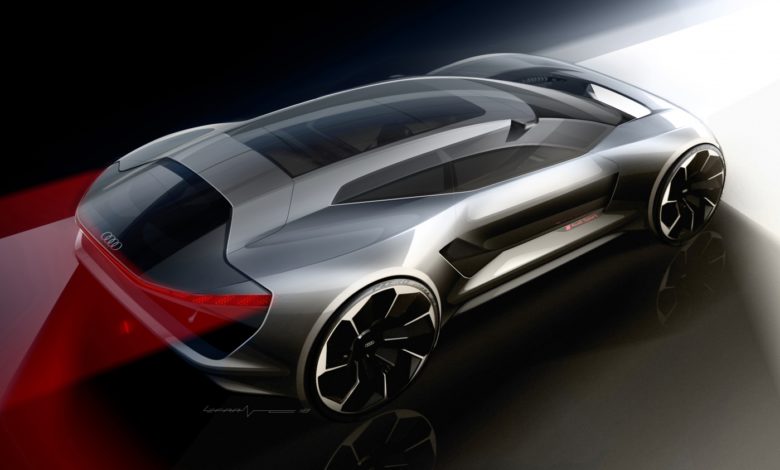 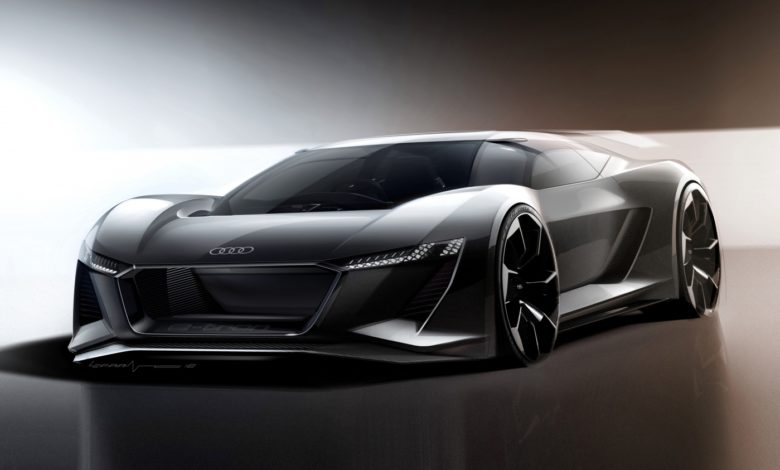 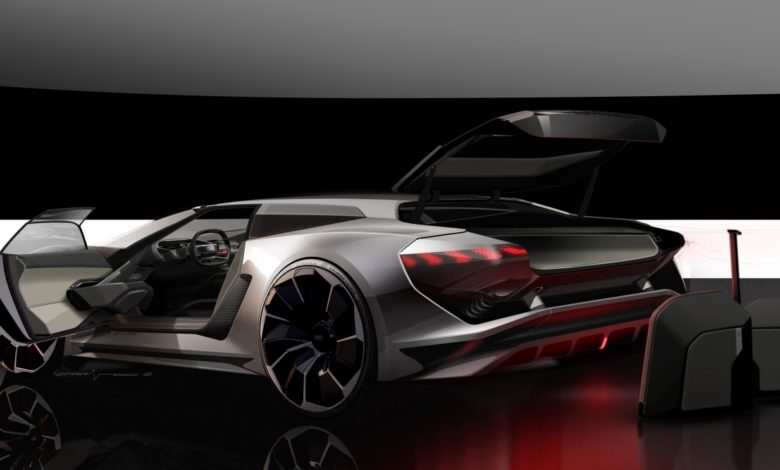 Audi brought its PB 18 e-tron technical concept car to Pebble Beach Automotive Week in Monterey, California a few weeks ago. Audi called the car “a radical vision for the high-performance sports car of tomorrow;” and described  the car as “broad and flat, visibly inspired by the wind tunnel and the race track.”

The concept-powered by a solid-state battery-was created in the new Audi design studio in Malibu, California. Audi Sport, the German high-performance subsidiary of Audi, was responsible for implementation.

The front and rear of the PB 18 e-tron concept have independent suspension on lower and upper transverse control arms, and a push-rod system on the front axle and pull-rod system on the rear-in both cases with adaptive magnetic ride shock absorbers. The suspension of the Audi R18 e-tron quattro Le Mans racing car served as the model for the basic architecture.

The wheels measure 22 inches in diameter and are fitted with 275/35 tires in the front and 315/30 in the back. Large carbon brake discs with a 19-inch diameter, in conjunction with the electric brake, are capable of decelerating the Audi PB 18 e-tron in tough racetrack conditions.

The Audi PB 18 e-tron package follows the traditional architecture of a mid-engine sports car with a cab that is positioned far forward. The car’s center of gravity is located behind the seats and in front of the rear axle to benefit driving dynamics.

A mix of aluminum, carbon and multi-material composites ensures the body of the Audi PB 18 e-tron has a low basic weight of 3,417.2 pounds.

The concept is 14.5-feet long, 6.4-feet wide, and 4.6-feet tall. The wheelbase is 8.9 feet and the overhangs are compact. Viewed from the side, the eye is drawn to the gently sloping roof line which is pulled far to the back and features massive C-pillars, according to designers.

Together with the large and almost vertical rear window, the design is reminiscent of a shooting brake concept-the synthesis of a coupé with the rear of a station wagon, according to Audi. The result is not only a distinctive silhouette but also 16.6 cubic feet of cargo space.

The rear diffuser air outlet has been raised high, another function borrowed from motorsports. The diffuser can be moved downward mechanically to increase downforce. The rear spoiler, which normally is fixed, can be extended rearward for the same purpose.

The widely extended wheel arches located opposite the central cabin are noticeable from every angle, according to designers. They emphasize the extremely wide track of the PB 18 e-tron.

The front is dominated by the familiar hexagon shape of the single-frame grille, with a wide and horizontal cut. Large air inlets to the left and right of the Singleframe supply cooling air to the brakes and the front electric motor.

The Audi designers have taken a new tack for air flow through the front hood. The hood dips deeply and acts as a lateral bridge running across the nose, connecting the two accentuated fenders and also doubling as an air deflector in a design that is thoroughly familiar from racing prototypes.

The concept uses three powerful electric motors-one up front and two in the rear. The latter are centrally located between the steering knuckles, each directly driving one wheel via half-shafts. They deliver power output of up to 150 kW to the front axle and 450 kW to the rear. Maximum output is 500 kW-with boosting, the driver can temporarily mobilize up to 570 kW.

The combined torque of up to 612.2 lb-ft allows acceleration from zero to 62.1 mph in scarcely more than 2 seconds, according to Audi.

This layout offers the driver a unique quality of visibility, and not just on the race track. Looking through the large windshield from the low seating position, the driver sees precisely into the opening of the ventilated hood and onto the road, and can thus perfectly target the course and apex of the curve, according to Audi.

Mounted within the field of vision is a transparent OLED surface. The ideal line of the next curve can be shown on it, for example, precisely controlled with data from navigation and vehicle electronics.

In normal road traffic, on the other hand, the direction arrows and other symbols from the navigation system are designed to find a perfect place here in the driver’s field of vision, analogous to a head-up display.

The large-format cockpit itself is designed as a freely programmable unit and can be switched between various layouts for the racetrack or the road, depending on the scenario for use.