Acura has unveiled the all-new 2022 MDX, which will serve as the brand’s flagship model.

“This new fourth-generation MDX really builds on all of the values that have made MDX a perennial favorite with customers over the past 20 years,” said Tom Nguyen, MDX global development leader. “By injecting higher levels of craftsmanship, performance and technology, the 2022 MDX is truly a vehicle befitting of its flagship position.”

The fourth-generation model features a bold and upright face, sculpted grille and hood and a wide, aggressive stance. Dimensionally, the new MDX sits on a 2.8-inch longer wheelbase, with a stance that’s 1.4 inches wider in the front and rear.

Perhaps the most significant dimensional change is the dash-to-axle ratio, which has been extended by more than 4-inches. This lengthens the hood line significantly, giving MDX a “cab rearward” proportion. The new look is accentuated by a multi-faceted Diamond Pentagon grille and new four-element JewelEye LED headlights with an embedded Chicane daytime running light. Three-dimensional sculpting under the headlights serves to visually widen the front, blending to the fog light housing at the bottom.

The MDX’s windows are framed by a chrome strip (gloss black on A-Spec models) that begins in front of the mirrors on the front fender, running under the outside mirrors and ultimately circling the side windows. In the rear, the wide-set taillights have their Chicane design set in a light-blade and serve to define and enhance the width and stability of the pronounced rear fenders. 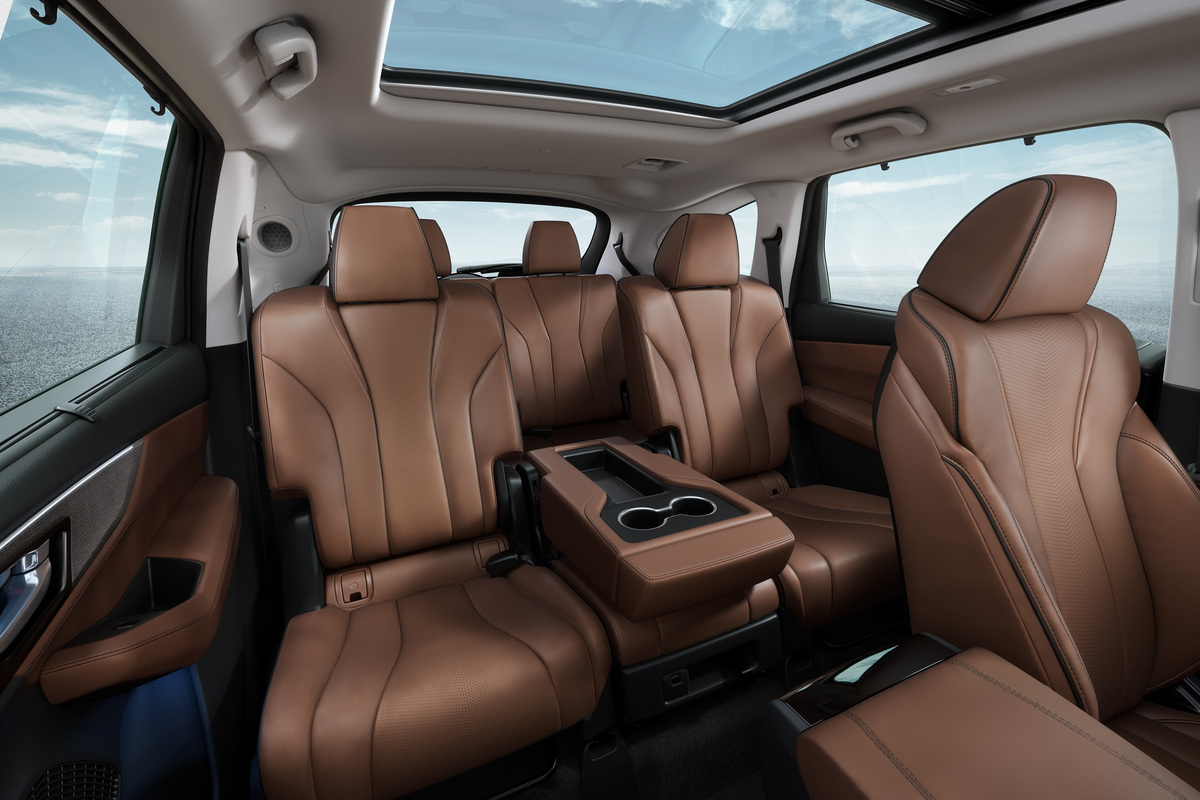 The new platform includes multiple enhancements in rigidity. In front, the damper connects to a new cast aluminum housing that is 45-percent stiffer overall for better noise isolation, with a new rigid-mounted subframe contributing to a 7-percent increase in lateral torsion for better handling. Replacing the previous floating-type subframe, the new front subframe translates steering inputs to the tires with greater speed and fidelity. The rear body uses a new dual-balanced load path for the rear damper mounting points, contributing to a 41-percent improvement in stiffness for better noise isolation, and an 80-percent torsion improvement that benefits handling.

New wheel and tire packages give the 2022 MDX a stronger stance for a powerful presence, Acura said, while increasing contact patch stiffness by 15-percent in lateral loads for improved handling performance. Standard 19×8.5 (+1 in. diameter, +0.5 in. width) wheels are wrapped in wider 255 (+10mm) series tires take full advantage of the steering and suspension updates to the new platform. Available 20×9.0 wheels (+0.5 in. width) use special in-wheel resonators to reduce road noise when driving over uneven surfaces at highway speeds. A new tire developed exclusively for MDX features a revised rubber compound, construction and tread pattern to reduce rolling resistance by 17-percent.

Befitting its flagship status, the 2022 Acura MDX delivers the most premium and sophisticated cabin Acura has ever designed, the company said. The clean, horizontal design theme imparts a strong structural feel, softened with the use of high-grade authentic materials such as open-pore wood, brushed aluminum and Milano leather, and also features a hand-wrapped instrument panel with available top-stitching.

The third row is further improved on the 2022 MDX with an additional 0.4-inches of headroom, 2.4-inches of legroom and a seating position that’s 2-inches higher from the floor compared to the outgoing model. In MDX Advance trim, third-row occupants have their own USB charging ports on the left and right side of the cabin. 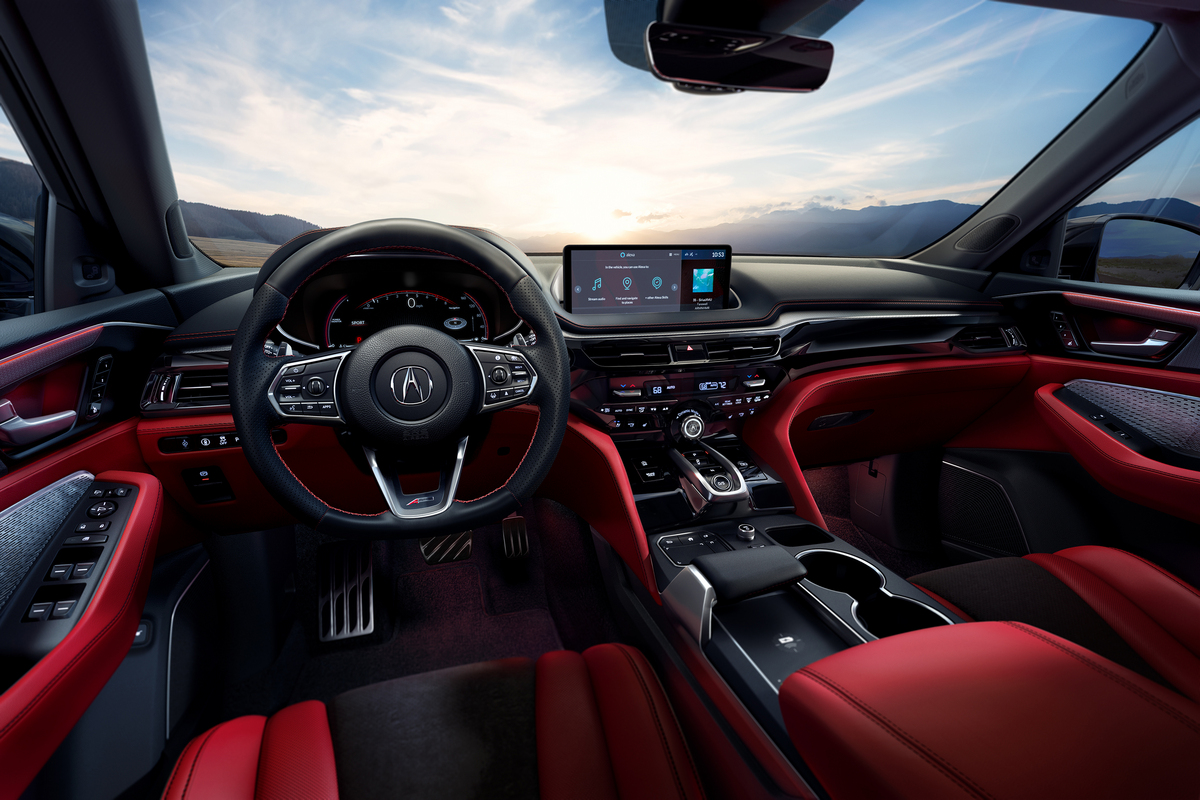 MDX also will be available in six different interior color schemes, depending on the package, including Ebony, Parchment, Graystone and Espresso. A-Spec models will be available exclusively in either Ebony or Red leather with black Ultrasuede inserts. MDX with Technology Package and above feature seats wrapped in Milano leather seating surfaces with contrast stitching while Advance Package models add contrast piping for all three rows.

The 2022 Acura MDX features the new, all-digital Acura Precision Cockpit, which replaces physical gauges with a customizable 12.3-inch driver’s meter. In addition to different displays for the main gauges, a fully configurable content selection is available to the right of the display.

The 2022 MDX will be offered with three different audio experiences. The MDX is equipped with a 9-speaker, 7-channel system with 350 watts standard. The MDX Technology Package gets an ELS Studio system with 12 speakers, including an additional center speaker on the dash plus two new ceiling-mounted speakers, running 550 watts through 12 channels. On A-Spec and Advance Packages, the ELS STUDIO 3D premium audio system features additional speakers in the third row plus two more ceiling-mounted speakers for a total of 16, with a total of 710 watts through 16 channels.

The 2022 Acura MDX debuts with a 3.5-liter direct-injected i-VTEC V6 engine rated at 290 peak horsepower and 267 lb.-ft. peak torque (both SAE net). For the first time, the 2022 MDX applies an Active Shutter Grille. In certain conditions, shutters in the lower grille close to divert air around the vehicle, thereby reducing aerodynamic drag. When the demand for cooling air increases, the shutters reopen.

For the first time, the 3.5-liter V6 in MDX is paired with Acura’s 10-speed automatic transmission with Sequential SportShift and standard paddle shifters.

Arriving at dealerships in late summer 2021, the MDX Type S joins the lineup as the brand’s first application of the Type S high-performance nameplate to an SUV. MDX Type S will deliver an even stronger performance styling statement, with an open diamond mesh grille, quad exhaust outlets and gloss black trim replacing the standard chrome. Under the hood will be Acura’s all-new 3.0-liter turbocharged DOHC V6 engine, producing an estimated 355 horsepower and 354 lb-ft of torque, coupled with Acura’s SH-AWD. Maximizing grip, the new MDX Type S will feature standard 21-inch wheels with 275-series tires, and additional braking power coming from larger brakes and 4-piston Brembo front calipers. More details on the highest-performing ever SUV from Acura will be released closer to its on-sale date late in the summer of 2021. 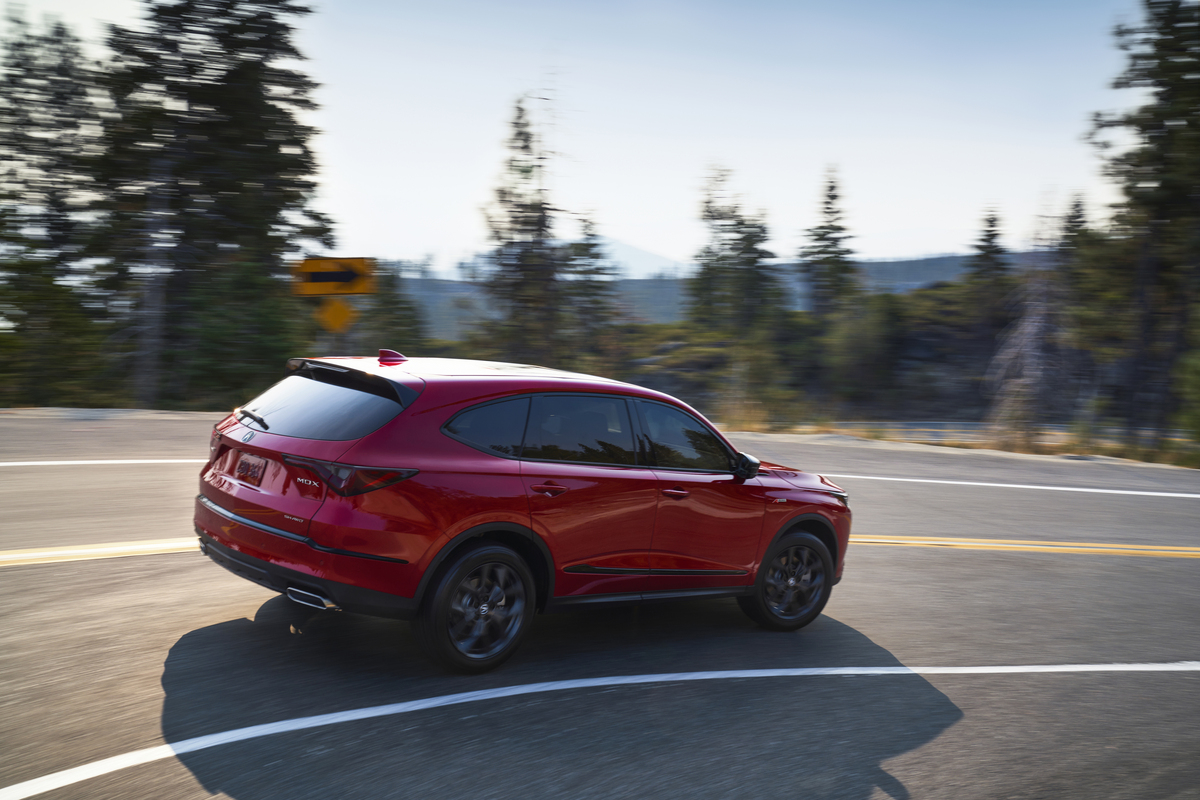