*See more images by clicking the gallery below

It was the third time Hollenbeck has painted an AMBR winner, and the first time he captured the prize with his own car.

The ’32 Ford highboy roadster won among a field of thirteen outstanding cars. Hollenbeck and his colleagues Dan Webb and Cory Taulbert built the car at Vintage Color Studio, the custom shop Hollenbeck owns and operates in Concord, California. Hollenbeck then painted the car himself. He came up with the roadster’s unique color, dubbed “Rotten Avocado Green,” applying a custom mix created with the PPG ENVIROBASE High Performance waterborne paint system along with Single-Stage DCC9300 from the DELTRON refinish system.

“Winning an AMBR is a dream; to win it with my own car, wow, I’m over the moon about that,” said Hollenbeck. “As for the color, it is different. My wife wanted brown, I wanted green. Depending on the light, you see one color or the other-or both. The great thing was that the PPG paint was easy to work with. It gave us the chance to experiment, to really stretch our imaginations and come up with something cool.”

The 1967 Pontiac Acadian, also known as “Andiamo,” was completed in just seven months, according to BASF.

“The idea that our build quality for a competitive street machine is also an award winning show car is over the top,” Launier said. “The paint color was a special blend specifically developed for the car. We’ve nicknamed the color Italian Passion.”

The Grand National Roadster Show is the longest running indoor car show in the world. 2016 marked the 67th year of the show and more than 500 show vehicles competed for awards. 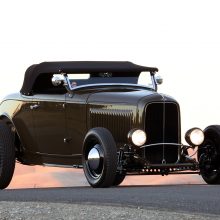 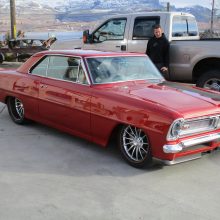 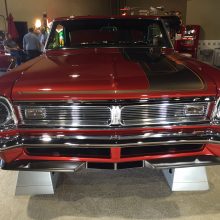 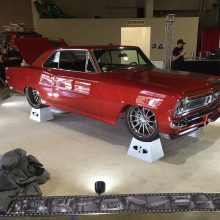