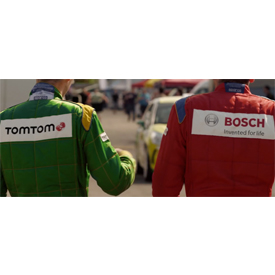 “We’ve been working hard to create the HD Map needed for autonomous driving, including localization attributes such as TomTom’s RoadDNA,” said Harold Goddijn, CEO of TomTom. “It’s exciting to be launching this additional localization layer with Bosch in the form of the Radar Road Signature that greatly increases the robustness of localization under all circumstances.”

Bosch wants to launch the Radar Road Signature into the U.S. and European markets by 2020, at the latest.

Bosch and TomTom have been working on the radar map and its integration into the high-resolution overall map since the beginning of their collaboration in July 2015.