Jack and Claire Miller, owners of the restaurant chain Miller’s Ale House, are selling a rare 2011 Ford Mustang Shelby GT-500 on eBay. The red, white and blue Mustang, emblazoned with the Wounded Warrior Project (WWP) logo and patriotic design, is expected to sell for almost $1 million on eBay, according to the sellers. All of the proceeds will go to WWP.

“The support being offered by the Miller family is remarkable,” said Steve Nardizzi, CEO at WWP. “We are extremely grateful for their generous donation, which is providing us with the critical resources that we need to honor and empower Wounded Warriors, and make an impact in the lives of the veterans that we serve.”

The Mustang was bought in a charity auction in 2012. On a journey that spanned more than 15,000 miles across 48 States in 35 days, it was signed by the relatives and friends of many U.S. veterans. The total number of signatures, approximately 2,000, include those who were seriously injured, and those who suffered emotional trauma as a result of combat exposure in American conflicts going back to World War II. The signatures of several legendary sports figures-including Joe Namath, Bob Griese, and Dan Marino also mark the vehicle.

“I was never in the service, but I had a lot of friends who were killed in the line of duty,” said Jack Miller. “It’s a great charity. Ask Donald Trump and David Copperfield. It’s their favorite charity, and I think they’re both going to bid on the vehicle.”

The winner of the eBay auction will be given a round-trip flight from anywhere in the continental United States to Jupiter, Florida, where they will be given a personal tour of the museum. Then, the winner will be invited by the entire Miller family to dinner at the first location of the Miller’s Ale House

“I have 69 Mustangs, but this Mustang, and the charity auction, means a lot to me,” Miller said. “It goes beyond the automobile; it comes from my heart. It’s for the soldiers.” 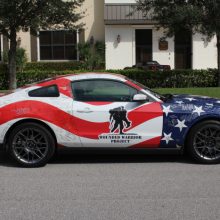 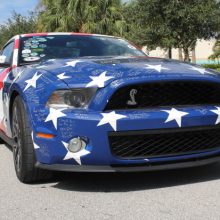 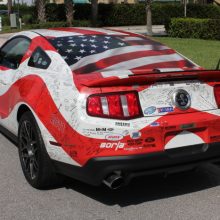 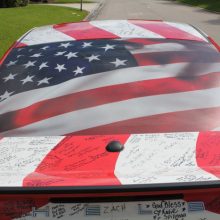 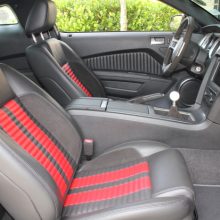 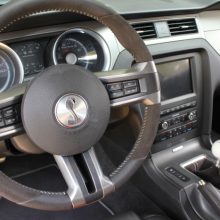 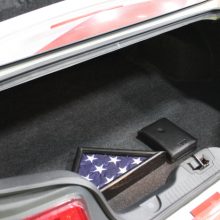 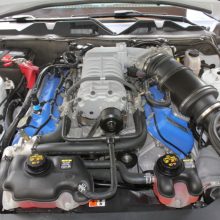 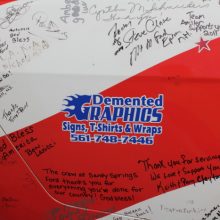 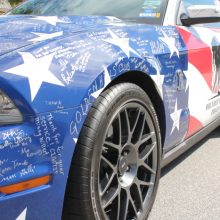 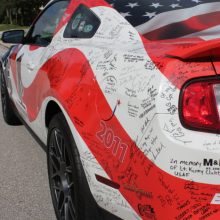