*See the car in the photo gallery below

While attendees are still enjoying the 2016 SEMA Show, a well-known car builder is already eyeing next year.

Ringbrothers has announced its next build, set to debut at the 2017 SEMA Show: an AMC Javelin AMX.

Shop co-founders Jim and Mike Ring will undertake the ambitious project to transform a 1972 AMC Javelin AMX into a one-of-a-kind Ringbrothers build in only 12 months. The builders announced the plan during a joint press conference with Prestone Products Corp. at this week’s SEMA Show.

“Mike and I are thrilled to work with Prestone on this AMX build,” said Jim Ring. “We always love to do things differently and it is tough to get more different than an AMC Javelin. Getting it built in a year will be a real challenge, but it is one that we’re looking forward to.”

Assembled in Mike and Jim’s home state of Wisconsin, the AMC Javelin AMX was, like many AMC products, something of an odd-duck in its time. Created as an answer to the Chevrolet Corvette, with its shorter wheelbase and available 401-ci engine making 255 hp, the second-generation AMC Javelin was popular at the dragstrip and in Trans Am Series racing beginning in 1968.

The Rings have a long history with the Javelin they will be cutting up and transforming into one of their signature customized rides. On weekends, Mike Ring would wash the car for the owner and he was the last one to perform an oil change on the car before the Rings purchased it from the original owner.

“Jim and I have always wanted to build an AMX,” said Mike Ring. “We’ve seen this particular car driving around our home town of Plain, Wisconsin since we were kids and we always loved it. The AMX was such a neat car, unlike anything else at that time.”

The build will be completed as part of a partnership with Ringbrothers and Prestone, with plans to unveil it in the Prestone booth at the 2017 SEMA Show. 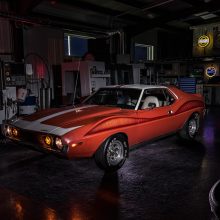 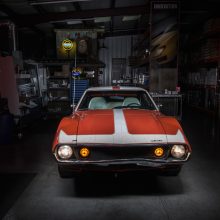 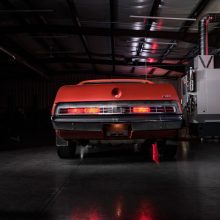 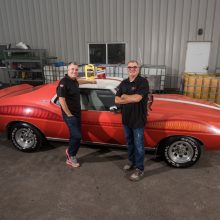 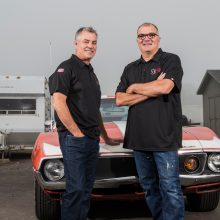