The highly revered Ridler Award is presented to the most outstanding custom car or truck making its debut appearance at the Autorama. It was Hutton’s fourth Ridler honor. Previous wins came in 2005, 2007 and 2013. It was also the fourth time in nine years that an entry painted with PPG Automotive Refinish products took the prize.

Appropriately nicknamed Olds Cool, the custom build is owned by Bill and Debbie Thomas of Georgetown, Texas. The car was meticulously constructed over four years by Harold Chapman and his team of talented craftsmen at Customs & Hot Rods of Andice, also of Georgetown.

Hutton, regarded as one of the most accomplished and gifted painters in the custom car world, uses PPG Automotive Refinish products exclusively, according to PPG. He painted Olds Cool at his shop, Charley Hutton’s Color Studio, in Nampa, Idaho. Hutton is well-known for his uncanny ability to select and mix just the right colors to match a car’s style and character, giving it a distinctive look worthy of award-winning recognition.

In this case, the car’s custom color, Kona Brown, was personally created by Hutton. He used PPG Envirobase High Performance waterborne products and the GLOBAL REFINISH SYSTEM brand D8152 Performance + Glamour Clearcoat to give Olds Cool its unique finish, ensuring that this car would stand apart from the competition, according to PPG.

“Winning the Ridler is a special honor,” Hutton said. “I always appreciate the opportunity to work with highly skilled craftsmen that have such passion and drive. God blesses everyone with different talents, and the best part is working together to help build someone’s dream.”

Hutton has gained a national reputation with featured appearances on Hot Rod TV, TLC’s Overhaulin’ and the Discovery Channel’s American Hot Rod. His 2016 Ridler Award gives him a significant credential to add to his already remarkable resume that includes the Barrett-Jackson Cup along with several Street Rod of the Year, Custom Rod of the Year and America’s Most Beautiful Roadster awards and many other top prizes.

The Ridler Award is officially known as the Don Ridler Memorial Award. It was established in 1964, named after the man who made the Detroit Autorama the nation’s premier custom car show.

To qualify for the award, a car must debut at the Detroit Autorama. Entries are judged on creativity, engineering and workmanship. From the initial field of competitors, eight cars-known as the Great Eight-are chosen as finalists. The winner is selected from this elite group. The owner of the winning car receives a cash award and a special embroidered jacket along with the greater prize of the coveted Ridler Award trophy, representing the ultimate in custom design brilliance. 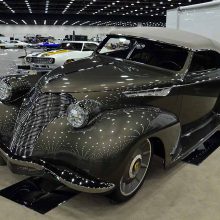 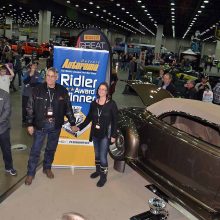 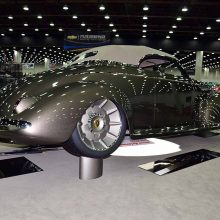 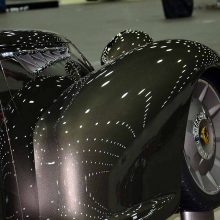 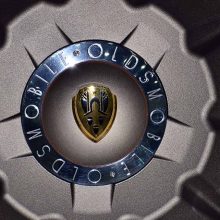 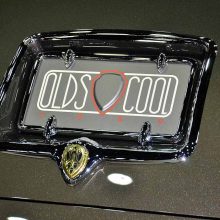 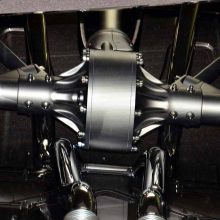