Elio Motors unveiled its fifth generation prototype car, the P5, at the Los Angeles Auto Show. The company is targeting a U.S. launch date of late 2016 for its three-wheeled, enclosed vehicle that is expected to get up to 84 MPG and retail for a targeted base price of $6,800, according to the company.

The P5 is the company’s first prototype to feature the 0.9-liter, three-cylinder engine designed specifically for Elio Motors by engine developer IAV.

“We are extremely proud to unveil the new Elio Motors prototype at the L.A. Auto Show today, among those who appreciate such a bold new approach to transportation,” said Paul Elio, CEO of Elio Motors. “Adding our own specially designed engine is the heart of our vehicle prototype and is a significant step forward in our commitment to producing a low-cost, highly fuel-efficient vehicle. This puts our company one step closer to production and our ultimate goals of reducing our country’s dependence on foreign oil, creating American manufacturing jobs and providing consumers with a low-cost alternative to traditional transportation choices.”

As Elio Motors developed its vehicle, the company quickly realized that no engine currently on the market had the combination of speed, power and efficiency that its customers would desire, according to the company. With the new engine from IAV, the Elio is projected to go from 0-to-60 MPH in 9.6 seconds, have a top speed of more than 100 mph and get up to 84 mpg on the highway.

The front end of the P5 will be slightly longer and slightly more aerodynamic than its predecessor, the P4. The aerodynamic improvement will ultimately help with fuel efficiency. The longer front end looks more futuristic and stylish, according to Elio Motors. The P5 also will feature side-exhaust that will replicate how the exhaust is likely to look in the final version.

Elio Motors has made several interior changes that will likely help differentiate the vehicle when it gets to production, including:

Lowering the rear seat one inch to create more headroom

Adding more foam to the rear seat for a cushier feel

More than 47,000 people have made a reservation for a place in line to purchase an Elio when it goes to production, according to the company. The company estimates upwards of 1,500 people will be directly employed at Elio Motors’ Shreveport, Louisiana production facility.

Elio Motors launched a $25 million stock sale on Nov. 20 after receiving qualification from the SEC. The company is seeking to raise $25 million to move closer to production, including building and testing an additional 25 vehicles that will be used for final engineering steps and validation.

Since June 19 of this year, Elio Motors has been in what’s known as the “testing the waters” phase, gauging the level of interest from potential investors. Elio Motors received more than $45.6 million in non-binding expressions of interest, nearly 183 percent of its expressed goal.

“We have been working hard to bring the Elio to market and people believe in our project,” Elio said. “The Elio will have a positive impact on many facets of society, including new manufacturing jobs, mobility for the disadvantaged, lessening our dependence on foreign oil and the environment.”

The company has offered an opportunity for all those that have indicated interest to buy shares during an exclusive period that ends Dec. 2. Once those days end, Elio Motors will open the offering to the general public if it has not received subscriptions for the entire $25 million offering. 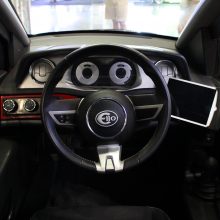 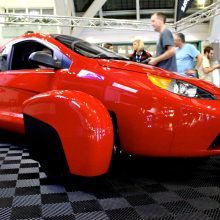 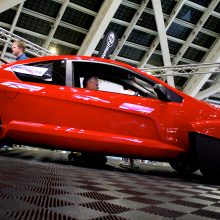 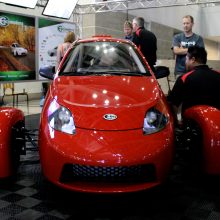 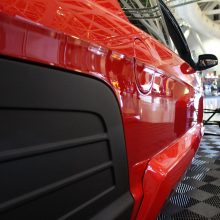 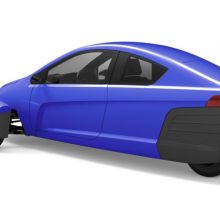