Race Ramps will welcome the High Five Tour‘s 2016 Ford Shelby GT350 Mustang to its SEMA Show booth, Nov. 1-4, in the Las Vegas Convention Center Central Hall in booth No. 21217. The Shelby GT350 makes its stop in Las Vegas after embarking on a five-month and 125-city tour.

In the GT350’s seventh annual national High Five Tour (HFT), 100 percent of the dollars raised go directly to benefit Wounded Warriors Family Support (WWFS), whose mission is to provide support to the families of those who have been wounded, injured or killed during combat operations, according to Race Ramps.

The featured 2016 Ford Shelby GT350 Mustang is symbolic of American pride and strength and is wrapped in a patriotic design, according to Race Ramps. The vehicle is equipped with a 5.2-liter V8 engine with a flat-plane crank that produces 526-horsepower and 429 lb-ft of torque. It also features a Tremec six-speed manual transmission and a 3.73 limited slip rear axle. The Mustang has quad exhaust tips with active valve technology that increases air flow through the system while reducing back pressure and unleashing the full potential of the 5.2L V8.

After an extensive tour, the GT350 is also covered with thousands of signatures that have been added to the vehicle on each tour stop by event attendees. SEMA Show attendees are also encouraged to visit the Race Ramps booth to sign and support the WWFS.

“We’ve always strived to look for ways to support our military and their families. The mission and dedication of the WWFS and their High Five Tour shows a tremendous commitment to making a difference for those who have sacrificed for our country,” said Rich Heinz, president of Brute Technologies, which owns the Race Ramps brand.

“We are thrilled to partner with Race Ramps, an American-made company, to spread the word about the sacrifices our military families make for our freedom,” said Ron Julianelle, coordinator of the HFT. “Thank you to Race Ramps for the opportunity to display the HFT Mustang and we hope it will bring additional support and awareness for our military heroes.”

Immediately after the SEMA Show, the HFT Mustang will continue its journey to Detroit, where it will be featured in events honoring Veterans. After its final tour stop, the vehicle will be auctioned, with all of the proceeds going to benefit WWFS programs.

More information can be found on the HFT at highfivetour.com or at wwfs.org. 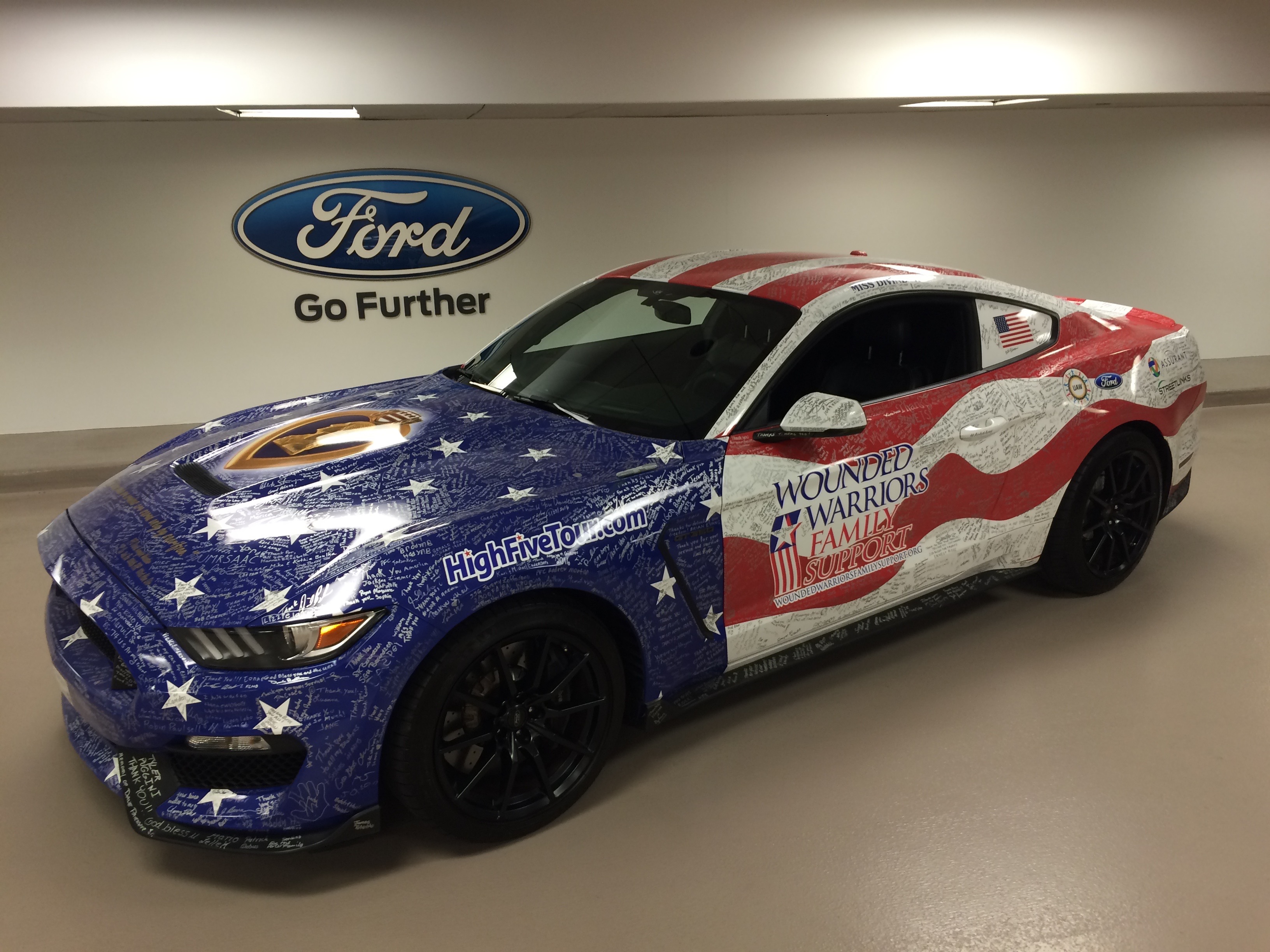 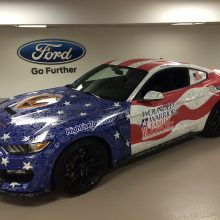