The 2017 Porsche 911 Carrera debuted at the Frankfurt International Auto Show. The flat-six engine makes this the fastest 911 Carrera ever, but also provides abundant torque for superior passing power.

An advanced chassis offers a combination of ride comfort and performance to characterize the handling of the new 911, according to Porsche. For the first time, rear-axle steering is available as an option for the Carrera S. These improvements reduce the lap time on the North Loop of the Nurburgring to just 7 minutes and 30 seconds, making it 10 seconds faster than the previous Carrera S, according to Porsche.

Many exterior features of the 911 Carrera have been visually refined from new headlights with four-point daytime running lights to integrated door handle recesses, a redesigned rear deck lid with vertical louvers, and new rear lights-including the characteristic four-point brake lights.

The new standard Porsche Communication Management system with a multi-touch display offers an expanded range of functions and simplified usability.

The completely new engine generation featuring twin-turbo technology enhances the driving pleasure of the 911 Carrera and provides a 20 hp increase compared to the previous models, according to Porsche. The 3-liter engine in the standard Carrera now develops 370 hp. Using turbochargers with modified compressor wheels, a model-specific exhaust system, and a different tune for the engine management system, the 911 Carrera S delivers 420 hp from the same displacement.

The new Porsche 911 Carrera and Carrera S engines are characterized by significantly increased torque. Offering up to 331 lb.-ft. and 368 lb.-ft., respectively, from 1,700 rpm up to 5,000 rpm, both powertrains supply generous torque over a broad powerband. Reaching up to 7,500 rpm, the new engine generation also maintains relatively high engine speeds for a turbocharged powertrain – accompanied by the familiar Porsche sound.

When equipped with the optional Sport Chrono Package, the 911 Carrera now comes with a mode switch on the steering wheel, derived from the hybrid map switch in the 918 Spyder. The mode switch consists of a rotary dial with four positions for the driving modes Normal, Sport, Sport Plus, and Individual. Depending on the optional equipment installed in the car, the Individual setting allows drivers to configure their own specific vehicle set-up for the chassis, Auto Start/Stop system, PDK shifting strategy, and Sport Exhaust System. On models equipped with the PDK transmission, the mode switch has a “Sport Response” button, which pre-conditions the drivetrain for maximum acceleration. 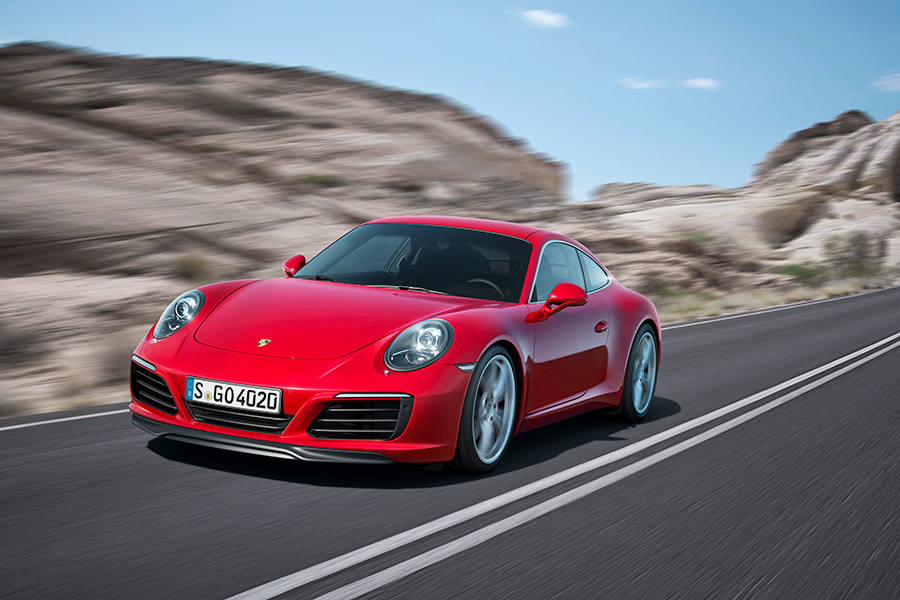 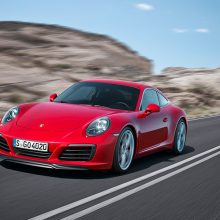 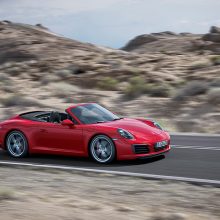 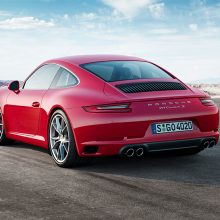 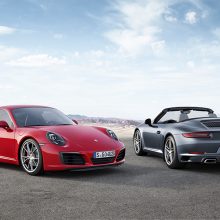 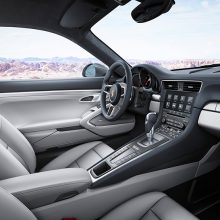 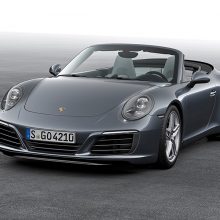