PHOTOS: New-Look Prius Gets up to 56 MPG

Toyota has unveiled its 2016 of the Prius, most notably featuring a fuel economy that improved by 10 percent, according to the company. That amounts about 52 MPG on the highway and 56 MPG in the city, according to Green Fleet Magazine.

The new Prius has smaller, lighter hybrid system components, higher-energy density in the batteries, and an internal combustion engine touting ground-breaking thermal efficiency (more than forty percent), that contribute to a significant advancement in fuel economy, according to Toyota. The soon-to-be unveiled Eco model will achieve an even greater improvement.

The Prius’ exterior has been completely reimagined. From the side, it is longer and sleeker with the overall outline evoking an athletic shape, according to Toyota. The hood is lower and the distinctive roof peak has been moved forward. Bold character lines run along the side from the front fenders-one just above the sill that sweeps up towards the rear fender, while the upper crease morphs into the rear spoiler, which has been lowered.

The use of new standard LED headlamps minimizes the Prius’ front fascia.

The new Prius is 2.4-inches longer, 0.6-inches wider and 0.8-inches lower than the model it replaces, providing a planted on-road presence while delivering more occupant and cargo room. 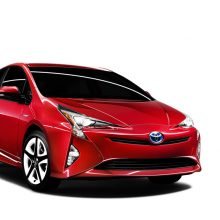 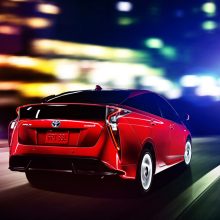 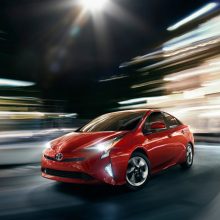 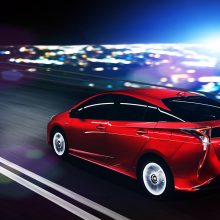 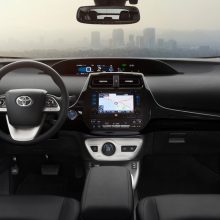 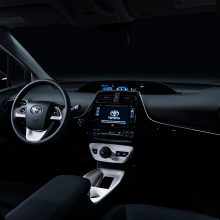 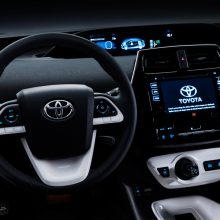