Proxibid will provide online bidding for VanDerBrink Auctions’ upcoming auction of the Quam Collection. The sale is set for 10 a.m. on Sept. 26 in Boone, Iowa, where Grant Quam originally collected and preserved the one-of-a-kind collection of automobiles.

Quam’s knowledge of and love for cars has allowed for this rare collection of older restored, originals, and barn cars to be preserved, and now, sold to the public in a historic sale, according to VanDerBrink Auctions. Many of the cars in this collection were made by manufacturers that no longer exist and produced in low numbers.

Featured cars of the sale, according to VanDerBrink Auctions, include:

• 1920 Peerless Model 56 Roadster: Purchased from the famed Harrah Collection, Quam rarely showed this car to the public. Harrah was noted as saying, this was the best preserved original car that he had ever seen and owned, and today, it ranks as a Condition 1 Preservation Vehicle.

• 1925 Kissel Model 75 Gold Bug Speedster: Originally manufactured in Wisconsin, the Kissel Model 75 has extensive records of previous ownership and has been restored several times. This vehicle has won awards at numerous auto shows. It’s believe to be only one of five left in the world.

• 1936 Pierce Arrow Country Club Roadster: Believed to be only one of three Pierce Arrows in existence today, this car has been completely repainted to custom Butternut Coffee colors. The car has been stored in a climate controlled building since it was purchased.

• 1957 Studebaker Supercharged Golden Hawk: Finished in white and gold, the rare Studebaker is driving-ready for the next owner to enjoy. Purchased by Quam in 1979 from a Horseless Carriage Show in Dunedin, Florida, the car is only one of eight that was installed with a rare continental kit.

For more information about VanDerBrink Auctions, to view auction catalogs, or to place bids, visit www.proxibid.com/vanderbrink and The Quam Collection Auction. 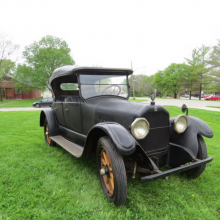 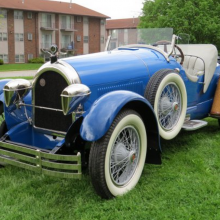 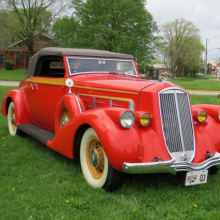 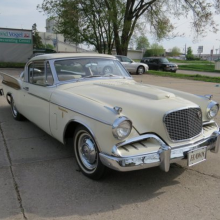