Maintaining connectivity may be a main objective of automobile electronic accessories, but in-vehicle technology can now also bring new levels of awareness and intelligence to drivers.

For example, Ford vehicles, including the 2013 Fusion, are increasingly equipped with sensors that assist drivers with increased cognizance. With more than 145 actuators, 4,716 signals and 74 sensors, including radar, sonar, cameras, accelerometers, temperature and even rain sensors, the 2013 Fusion can monitor the perimeter around the car and see into places that are not readily visible from the driver’s seat. These produce more than 25 gigabytes of data per hour that are analyzed by more than 70 on-board computers, according to a Ford press release.

The actuators combined with signal information from the driver assist sensors can alert the driver to potential dangers, and actively assist with parking and lane keeping.

Mescarenas leads a team that researches and develops new technologies for Ford vehicles, particularly in the area of driver assistance and mobile device connectivity. Mascarenas predicts the top areas for technology innovation in the coming years will include:

“Big data” analysis and intelligent decision making – the use of real-time sensor data to help evaluate external factors affecting driver attention; Biometrics – the use of biometric sensors (like those embedded in car seats) to measure stress levels for a more personalized response from driver assist technologies; and Prediction, ways to predict driver behavior such as a driver’s destination based on prior history.

In other news, speech technology, which is also an increasingly key element for in-vehicle systems, can help aging drivers utilize navigation systems while minimizing the risk of driver distraction. Though baby boomers, who are generally less tech savvy than their Gen Y counterparts, are more vulnerable to digital distractions while driving, seniors aged 65-75 closely maintained driving performance comparable to drivers aged 18-30 when cloud-based speech recognition technology was used to access directions and other destination information.

This, according to research conducted by Virginia Tech Transportation Institute and Agero Connected Services, a global provider of cloud-delivered content, services and driver interfaces, Conversely, when asked to perform the same task using a visually and manually dependent navigation device, senior drivers were six times more likely to veer out of their driving lane. 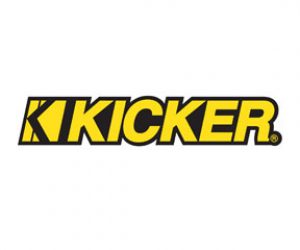