This fall, the Toyota Tacoma will rejoin the 2017 model year TRD Pro family with new, factory-installed off-road equipment designed by the experts at Toyota Racing Development (TRD) to make it even more off-road capable than before, according to Toyota.

The 2017 Tacoma TRD Pro, based on the Tacoma TRD Off-Road 4×4 Double Cab Short Bed model, will be available in three exterior colors: Cement, Barcelona Red Metallic, and Super White. The exterior of each Tacoma TRD Pro model will also include:

The interior features of the new Tacoma TRD Pro includes:

The truck also has an analog instrumentation that features a 4.2-inch color Multi-Information Display with an integrated inclinometer and tilt gauge. The MID also adds outside temperature, odometer, tripmeters, and average fuel economy.

A GoPro mount is located on the windshield.

TRD-installed suspension and exhaust enhancements include:

Every Tacoma TRD Pro will be equipped with 4WDemand part-time 4WD with a transfer case and Automatic Limited-Slip Differential (Auto LSD) that are both electronically-controlled. Also standard will be a V6 Tow Package that includes a Class-IV towing receiver hitch, ATF cooler (automatic only), engine oil cooler, power steering cooler, 130-amp alternator, four- and seven-pin connector with convertor, and Trailer-Sway Control (TSC), according to Toyota.

An electronically controlled locking rear differential is also standard to help distribute engine power evenly to both rear wheels so they move at the same speed, providing more grip in low-traction conditions.

When the trail gets challenging, Tacoma TRD Pro’s Crawl Control (CRAWL) will help drivers conquer the road. Equipped on automatics only, this advanced system automatically modulates the throttle and brakes on five low-speed settings so the driver can keep focus while navigating difficult terrain.

Equipped on Tacoma TRD Pro automatic is the Toyota Multi-terrain Select system. With five modes to choose from, the system helps regulate wheel spin by automatically adjusting the engine throttle and traction control.

Tacoma TRD Pro’s Hill Start Assist Control (HAC) is also equipped on automatic transmission models only. This technology helps minimize Tacoma from rolling backward when a driver moves her foot from the brake to the gas pedal. 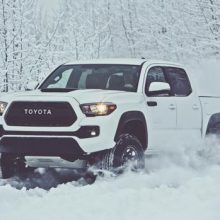 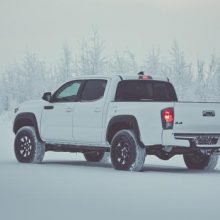 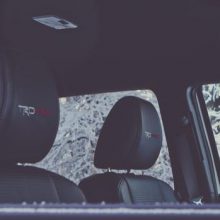 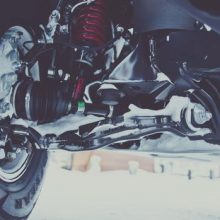 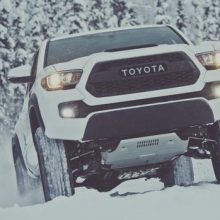