Bentley Motors has given full details of its new luxury SUV model, the Bentayga.

With an all-new W12 powertrain, the Bentayga is the fastest, most powerful, most luxurious and most exclusive SUV in the world, according to Bentley.

The new W12 uses both direct and indirect fuel injection. Switching seamlessly between the two technologies, the combination of these systems maximizes refinement, delivers low particulate emissions and maximizes power and torque delivery, according to Bentley. The engine is mated to an eight-speed automatic gearbox. The transmission and four-wheel-drive system has been strengthened to handle the demands and high torque levels of off-road driving.

“The Bentayga is truly the Bentley of SUVs. It redefines luxury in the SUV sector and offers a genuine Bentley experience in any environment, thanks to a combination of unparalleled attention to detail, go-anywhere ability and cutting-edge technology,” said Wolfgang DÃ¼rheimer, chairman and chief executive of Bentley Motors. “With this extraordinary car, we are looking forward to an exciting period of strong growth and sales success for Bentley. The Bentayga is the next step in our brand’s bold future.”

The Bentayga will fulfill customer deliveries as soon as early 2016, according to Bentley. The Bentayga made its full public debut at the IAA Frankfurt Show in Germany. 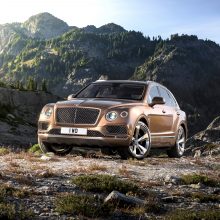 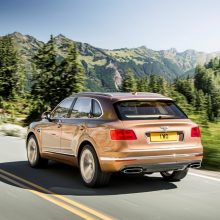 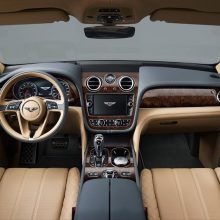 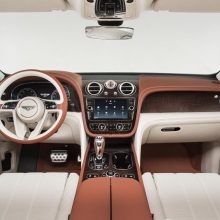 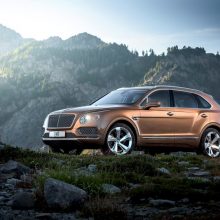