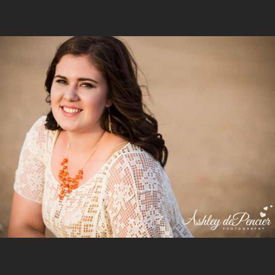 EDITOR’S NOTE: The following article was originally printed by the Bakersfield Californian with special reprinting access granted to THE SHOP magazine

Friends say Bailey Schweitzer could light up a room with her smile.

But on Monday, Schweitzer’s co-workers at Infinity Communications couldn’t bear to turn the lights on where the 20-year-old Centennial High graduate would sit each day.

Instead, they placed a single candle at her receptionist desk – a touching tribute to the Bakersfield native who can be counted among 59 – at least three of them from Kern County – who died Sunday when a gunman opened fire into a crowd at a country music festival in Las Vegas.

Schweitzer was a Centennial High cheerleader and a country music fan who dedicated much of her spare time to the Bakersfield Speedway, which her family owned.

For her day job, she was an Infinity Communications receptionist.

“But that was only her official title,” said Amie Campbell, who hired Schweitzer. “She was everything to us.”

But more importantly, friends and co-workers who gathered at Infinity Communications Monday evening for a candlelight vigil all described her the same way: Schweitzer was exactly the kind of person you would want as a friend, and she could always make others laugh.

Some even described her smile as “addicting.”

An avid concert-goer and country music fan girl, Schweitzer had been talking about going to the Route 91 Harvest Festival in Las Vegas for weeks to hear Luke Combs play, said Katelynn Cleveland, who worked with Schweitzer. They would jokingly refer to one another as their “work wives,” Cleveland said.

Hardly a day went by they didn’t talk – and when one of them was sick from work or wouldn’t show up unexpectedly, the other would call immediately, Cleveland said.

“It’s the phone call I’ve been waiting for. For her to tell me she’s coming home,” she said.

Schweitzer talked to Cleveland just hours before the shooting. She saw a photo of Cleveland’s new dog on Instagram and had messaged her, saying she couldn’t wait to meet her new puppy, Cleveland said.

Two days before that, Schweitzer called Cleveland and held the phone up to the stage. Brothers Osborne was playing her favorite song, “Ain’t my fault.” Schweitzer had to let Cleveland listen.

She was having so much fun in Las Vegas that she was already planning to head back in April for her 21st birthday, Cleveland said.

Outside of working at Infinity Communications, Schweitzer volunteered her time at Bakersfield Speedway, which her parents have owned since she was 5 years old. Modest, Schweitzer would never admit to doing much around the track, said Jonathan Flippen, who had known Schweitzer for years. She would keep score on Saturday race nights, promote the track on social media, and shoot videos of the races, her co-workers there said.

But most of all, she made them laugh.

“Every Saturday night, we could count on her to do the funny Snapchats,” Flippen said, talking about selfies she would take and run through a gamut of funny filters. “When I first started helping she became a friend to me, and eventually became family to me.”

Any spare time Schweitzer had, co-workers said, she would spend on the track. Her cousins and brothers raced, and when they did, she wouldn’t miss it, said Doug Rhine, who had known Schweitzer since she was 5.

“It will definitely be hard going back for the next race,” Rhine said.

Schweitzer’s boss, Fred Brakeman, described her as the type of girl who could find good in anybody. That could be why he’s having such a hard time making sense of her death.

“There’s so much evil and anger and frustration and it seems it’s becoming even worse,” Brakeman said at Schweitzer’s vigil. “She just happened to be on the receiving end of that evil.”

Harold Pierce covers education and health for The Bakersfield Californian. He can be reached at 661-395-7404. Follow him on Twitter @RoldyPierce