*Scroll to the clickable photo gallery below to see the Mustang restyled for Johnathan Mullins on behalf of the Make-a-Wish Foundation.

Through partnership with Make-a-Wish – Michigan and Pennsylvania, AmericanMuscle worked with 18-year-old Johnathan Mullins of Portage, Michigan to grant his wish for the company to turn his 2000 V6 into his dream car. Before the restoration process began, AmericanMuscle’s designers video-chatted with Mullins for countless hours to ensure that every detail that he described would be reflected in the final product. After the company’s experts presented him with sketches, edits were integrated, plans were finalized and the AmericanMuscle team began to transform Mullin’s car.

AmericanMuscle presented Mullins with the finished product at the company’s AmericanMuscle Car Show in Mohnton, Pennsylvania, to which he responded in a victorious pose, with both hands about his head in amazement.

“In its seventh year of existence, we’re proud to report that, in every way, the 2015 AmericanMuscle Car Show was the largest and most exciting we’ve ever hosted,” said Steve Voudouris, founder, president and CEO of Turn 5 Inc. “Through our continued focus on giving back to the community and our relationship with Make-a-Wish, we’ve changed a young man’s life forever. Our team did an amazing job working with Johnathan to make his wish come true. When we pulled the cover off of his Mustang, his reaction and gratitude made our team’s effort more than worthwhile.”

A portion of the proceeds from the event were also presented to Make-a-Wish’s Philadelphia chapter. Overall, Andrew and Steve Voudouris and their team amassed more than $55,000 in contributions for the national nonprofit organization.

More than 10,000 Mustang enthusiasts and 3,000 Mustangs from across the U.S. and Canada made it out to the AmericanMuscle Car Show. Throughout the day, attendees experienced burnout competitions, exhibition races and performance challenges. Fans and automobile aficionados at the show also welcomed legendary industry executive Steve Saleen. 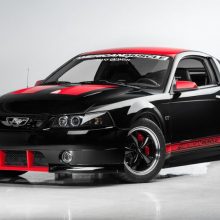 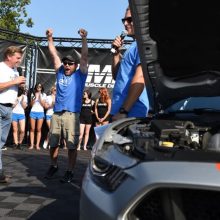 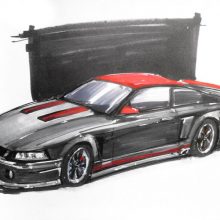 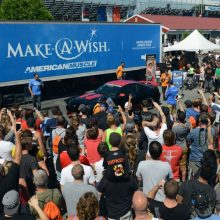