ACSL is responsible for unlocking new potential in carbon fiber, according to the company. The breakthroughs made by the lab will influence developments in Lamborghinis of the future.

“Carbon fiber is a material that Lamborghini has a long history with. Starting with the Countach Quattrovalvole and continuing today, it is one of the most important keys to the success of our cars in the past, present and future,” said Stefano Domenicali, Automobili Lamborghini CEO.

Seattle is a strategic location for the ACSL, particularly because of its collaboration with Boeing in working toward carbon fiber innovations that are beneficial in both automotive and aerospace applications.

“Seattle is a nexus for innovation and Lamborghini’s choice to base its carbon fiber research center here reflects that,” Washington State Gov. Jay Inslee said, “Lamborghini’s Advanced Composite Structures Laboratory, their continued success in developing breakthrough technology, and their collaboration with Boeing is a benefit and a point of pride for the city and the state of Washington.”

Forged Composite is one of the most important developments to come from research within the ACSL, which shortens the amount of production time required to form components by comparison the traditional labor techniques, according to Lamborghini. The technology made its debut in 2010 with the Sesto Elemento limited series supercar where it served in a structural capacity and as proof of how capable the rapid-formed material is.

“By continuing to develop our patented Forged Composite materials, we are able to create a product that can enhance Lamborghini super sports cars in both their performance and their appearance,” said Maurizio Reggiani, Lamborghini board member. “The ability to leverage this kind of lightweight material gives Lamborghini an advantage that will benefit our cars, as well as (the) production process, in the future.” 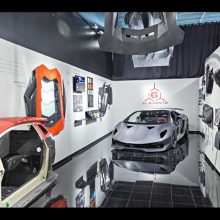 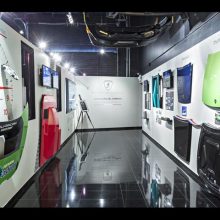 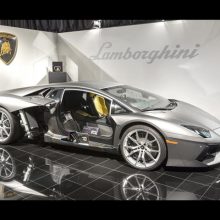 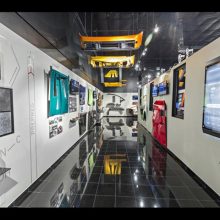