The world has lost an industry pioneer and a great, beloved man. Frank Currie passed away on the evening of March 2 of natural causes in Yorba Linda, California with his family at his side.

He is survived by his wife of 61 years, Evelyn, his four sons: Charles, John, Raymond and Andy, as well as a large extended family.

Frank was born in Anaheim, California in 1929 and was one of five children. He was heavily involved in the early years of hot rodding, building Model A’s and T’s with overhead converted engines. Frank was known early on as the engine conversion go-to guy.

Frank was from a different time and a different generation. A time of innovators and entrepreneurs. A time when building hot rods was actually hard work and information and parts were scarce. He competed at the original Santa Ana Drags as well as went lake racing at Muroc and El Mirage. Being born in Southern California, Frank saw and did everything hot rodding’s early days had to offer.

Frank was a Korean war-era veteran. He was stationed in Oklahoma in the Air Force as an aircraft mechanic. Following his service, Frank went to work at Taylor-Dunn Manufacturing in Anaheim. This is where Frank met Evelyn. They were married in early 1955 and immediately started a family.

Frank eventually became the foreman of the Taylor-Dunn shop, where he realized an ever-growing need for rear differentials to be adapted to the chicken feeder machines that were manufactured at Taylor-Dunn. In the early days it was Ford banjo rear ends, then on to early Plymouth drop-out rear ends, and finally to the 9-inch Fords.

Frank became a large supplier of the core rear ends to Taylor-Dunn. Property was bought in east Anaheim in 1956 and in 1959, Frank and Evelyn founded Currie Enterprises and moved full-time to their own business of supplying the rear end cores.

As the years went on, facilities grew and Frank added tear-down, rebuilding and modification facilities for the rear ends he was supplying to Taylor-Dunn. As Frank’s boys grew, he offered them as much piece work as they wanted to do in the shop to earn money for fun things like motorcycles and cars.

In 1985, Currie Enterprises moved again to a larger facility and Frank’s boys took over the reins of the company as Frank retired to build hot rods and Jeeps.

Frank competed in The Great American Race 20 times, winning the overall once and winning countless segments. He also dabbled in the LaCarrera Panamerica three years in a row with his ’65 Shelby Mustang.

Jeeping and off-roading was another family passion. From early Broncos and Willys station wagons, all the way up to his last Jeep-an LS-powered TJ-Frank was an experienced off-roader. He spent many off-road trips Jeeping with Tom McMullen in the ’80s and he co-drove with son John in the first BFG Rock Crawling Championship in 1998, where they took second place.

The family asks that any correspondence or sentiments be sent to: Currie Enterprises, 382 N. Smith Ave., Corona, CA 92880. 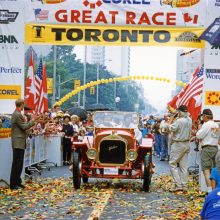 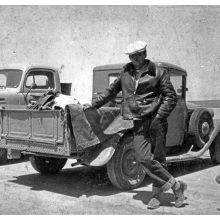 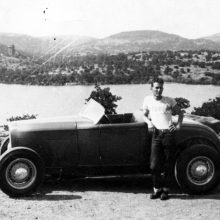 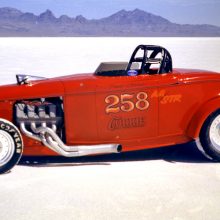 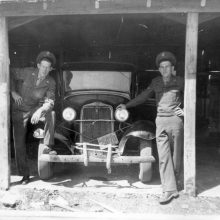 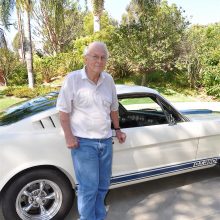 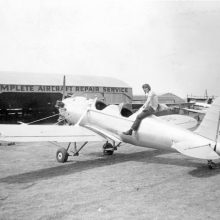 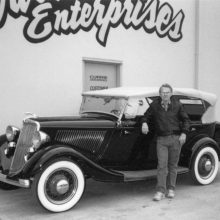