A custom Humvee restored by Jesse James will be sold to support U.S. troops.

The combat-damaged Humvee was rebuilt in Iraq as part of James’ visit with the 181st Transportation Battalion in 2006.  The Humvee’s rebuild, conducted by James and the soldiers, was documented on the video “Iraq Confidential” and later broadcast on the Military channel.

When West Coast Choppers closed its California facility, James mentioned to a friend and Soldiers’ Angels staff member that he was looking for a way to use the Iraq Confidential Humvee to help the troops. When presented with the idea of donating it to Soldiers’ Angels, he welcomed the opportunity, according to a press release.

“Going to Iraq to do that build with the troops-being able to shake their hands and to tell them ‘thank you’-was one of the most rewarding and humbling experiences in my life,” he said. “With all of their different programs providing support to the troops, veterans and their families, donating the Humvee to Soldiers’ Angels brings it full circle, allowing it to continue to benefit those guys and gals and let them know how much I appreciate their service.”

In addition to the Humvee, James donated a semi-truck full of new copies of “Garage” magazine and West Coast Choppers window stickers, which will be included in care packages for deployed troops.

Donors to Soldiers’ Angels can also receive one copy of the magazine and sticker set as a gift with each online $10 donation at www.soldiersangels.org when they enter “JJ” in the comments line. 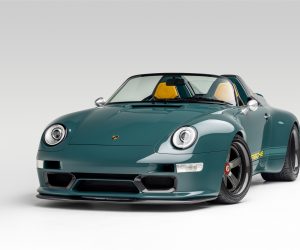 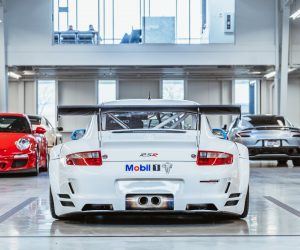